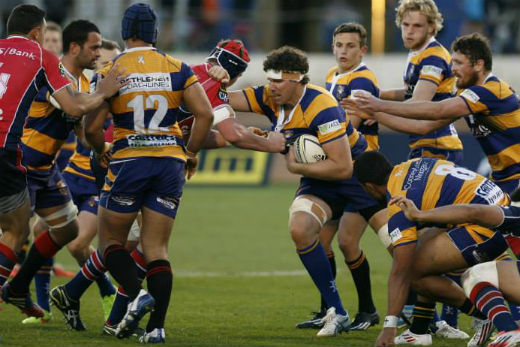 Former Bay of Plenty Steamers captain Clayton McMillan is being welcomed back in to the fold as the side’s new head coach from 2015.

The Bay of Plenty Rugby Union made the announcement today, with McMillan taking over as the rugby union’s head coach and director of rugby.

A resilient No. 8 in his time, McMillan played 113 games for the Steamers, scoring 22 tries, after making his debut in 1995.

But after missing out on a Chiefs Super Rugby contract for the 2004 season, the Whakarewarewa product headed overseas on a two-year deal with Japanese club Coca-Cola.

In 2011 he was appointed head coach of Wellington club side Marist St Pats after previously being the Bay of Plenty development coach and a New Zealand under-20 selector for three years.

McMillan led Marist St Pats to a Jubilee Cup win in 2012, standing down after that season. His most recent success is leading the Wellington Under-19 team to win title at the National Under-19 tournament.

McMillan is delighted to have been selected for the role and to rekindle his connection with the Bay.

“Bay of Plenty is a proud and passionate rugby community. I’m looking forward to leading a Steamers team that our community is proud of,” he says.

The rugby union also confirms Rodney Gibbs will retain his position as Steamers assistant coach. The former Steamer has a long and distinguished coaching record in the Bay and has held the position for the past two years.

He says; “Clayton and I have coached together previously and achieved some very positive results. I am looking forward to working with Clayton again as we prepare for next year’s campaign.”

Bay of Plenty Rugby Union Mike says McMillan is a proven leader on-and-off the field, and has a good recent history of working with high-level players as well as long-standing connections here in the region both as a player and a coach.

McMillan replaces Kevin Schuler as head coach, who stood down after three seasons earlier this year.

to the intelligence that made this appointment, congratulations.... the rise of B.O.P rugby can commence, now all we need is a decent stadium!!!!!.