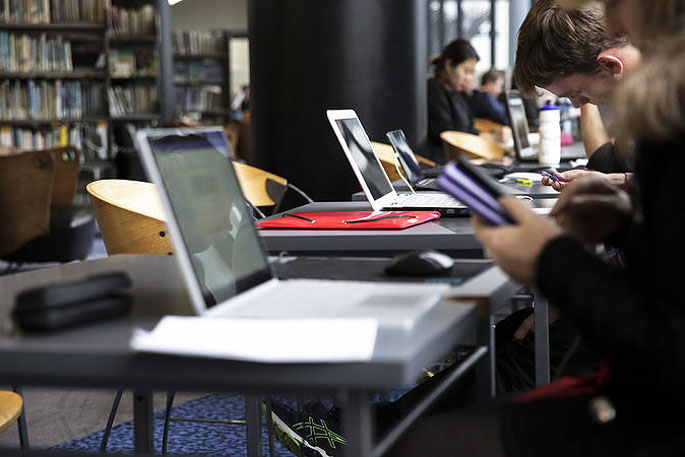 Initial testing indicates some teens will fail compulsory NCEA standards because they don't use capital letters and full stops and don't know how many minutes are in an hour.

The new standards, one for numeracy and two for literacy, become a must-pass co-requisite for the certificate of achievement next year.

But assessment reports show that a test run last year found many teenagers cannot write without intrusive spelling, punctuation and grammar errors, and cannot correct a text to ensure tenses, verbs and pronouns are right.

It also found measurement and geometry are areas of weakness, and markers are worried by the number of students who did not know there are 60 minutes in an hour.

The standards are being introduced because a study revealed 40 per cent of students who get NCEA level 2 are not functionally literate or numerate.

Secondary Principals' Association president Vaughan Couillault says the mistakes are a worry, but can be explained by the timing of the test last year and who sat it.

"It's probably a case of was the sample size in the trial indicative of the population, what time in terms of lockdowns and school disruptions was it taken - a number of factors that could have contributed to those little eyebrow-raising bits of feedback."

Couillault says there will be a lot riding on a wider trial run that will involve more schools and students, to be held in June.

"If it's a co-requisite, as it is, and people perform poorly in it, then that is going to be problematic.

"So it is something that particularly at the secondary level that we need to pay acute attention to."

Education academic Michael Johnston is a senior fellow at the New Zealand Initiative and worked on the study that first identified teens' poor literacy and numeracy.

He says the standards looked well designed to prove that students could read, write and do maths well enough to function in society.

"Likewise the reading assessment and the writing assessment look to be assessing the kinds of things that people would need to be able to do in everyday life."

He says it will be interesting to see how many students passed the tests given New Zealand's declining results in major international tests.

Association of Teachers of English vice president Pip Tinning says teachers are familiar with the sort of errors the marking reports highlighted.

"Those comments have come up historically in a number of reports with a lot of different writing assessments, so they're not super new. I've been teaching for nearly 25 years, interestingly I'm not seeing it personally as much as I used to."

"It's something that's been looked at forever. So it is something we do consistently look at. We are trialling new things. I'm not sure whether I would be confident to say we are doing it better, but we are constantly looking to improve how we do teach those areas."

Tinning says the trials in June and September this year will give teachers a better idea of how many students will pass the test.

She says poor literacy reflected a society that did not value reading and writing as worthwhile activities.

"If you sit and read or you sit and write, we look at it now as a self-indulgence and it needs to be something that is part of who we are and what we do."

how inspirational and motivational you would have to be as a teacher of English or of Math to be able to dissuade some students from alternative subject choices where they can gain their credits from such fun and diverse things such as: Making coffee (sorry, becoming a barista), chainsaw sharpening, driving a quad bike and trailer, building a snow cave and getting a driving license. Of course, to offset the falling literacy and numeracy statistics, students can now also gain some credits in numeracy and literacy from some of these alternative choices. Without greater guidance and more importantly without greater parental expectation, too many students opt for the path of least resistance. School management will also be inclined to offer and encourage this uptake as it ’improves’ NCEA statistics when reporting. Remember, it is NZQA that publish these standards to be used and NCEA that taught kids ’credit counting’.

You make some really valid points but there is a failure by many to understand how the education system (under NZQA) works. Of course teachers have the ability to inspire and motivate and the vast majority of them do their damnedest to do this. However, at senior levels within schools, content and curriculum is defined by the standards taught. There is a quite limited choice of these standards at all NCEA levels and they are prescribed by NZQA to include content, outcomes and assessment. This is what ’drives’ the teaching. Alongside this is now each school’s desire to feature more favorably in ’school league tables’ which has been driven in turn by the MOE. Students often prefer to gain their credits in ’easier’ ways such as being able to stand up on a snowboard or ride a mountain bike. Sad but absolutely true.

Good points made here by posters regarding how the results are massaged to make it look OK. We need to focus on the primary requirement, which is educated and informed students. There is far too much PC "mustn’t fail" nonsense. Failure is a fact of life and so is competition. Wrapping young egos in cotton wool is not doing them any favors. They need to fail so they can be motivated NOT to. Very good point about ESL students using the same system. They are motivated by the "yearning for learning" and that’s something we have allowed our kids to lose. Good parents and teachers can restore this motivation, and we should be working on that. If you are worried about your kids’ education (and you should be...) then start making time to work with them. It is painfully apparent you can’t trust the school system...

While I certainly used to avail myself, in the Winter, of the cartoon cinema that was at Victoria Station (it was a warm place with cheap entrance...), I haven’t needed to do so here and not in any Libraries. I am just as disgusted by this report as you are. Our Education system is patently failing and I don’t think it can be fixed by pouring money into it. A fundamental change of attitude and willingness to accept responsibility by teachers and administrators appears to be in order. Parents also need to be asking questions of their kids and the schools. It is not only sad, it is dangerous in the long run.

would set up and sanctioned a system that has meant that a very basic level of numeracy and literacy is required to gain NCEA Level 1 and NO greater levels of either are then required to gain NCEA Level 2 or Level 3? Shocking then that so many students opt out of literacy and numeracy based subjects after only Level 1? Surely, anyone would expect greater levels of ability at NCEA Level 2 or 3 than at Level 1? Those running the system have continued to attempt to manipulate the statistics of poor performance rather than address the poor performance itself. Rather than change outcomes, they constantly seek ways to change how things are reported. Finally, flaws in the NCEA system are coming home to roost!

When I was in trade training my trade required school certificate in maths and English with the apprentice system. The success rate of training was 84 percent as some couldn’t pass trade certificate or just decided to do something else. After apprenticeship was gone and unit standards were introduced and no minimum qualification needed as it was considered a barrier. Unfortunately not being able to read or write to a standard and not as to do maths the pass rate dropped to around thirty percent. Also apprenticeship was considered to be four to five years and if not able to pass in that time the apprenticeship lapsed. With unit standards some where spending much longer and still unable to qualify . So mums and dads education does matter so make sure kids get to school regularly as truancy is 40 to 50 percent

How many ridiculous changes have been made over the years to make a more inclusive educational environment. We couldn’t possibly return to the days of streaming and competition in the classroom in case someone gets upset or left behind. Competition doesn’t start until they leave school does it!!! Our little darlings need to understand about effort being rewarded with achievement and advancement before they enter the ranks of the unemployable.

The education system worked well for decades, witness our older generation’s level of literacy and numeracy. So why has it failed so dismally to the point where 40% of students achieving NCEA Level 2 are not functionally literate or numerate? Is there perhaps a hint in the obvious number of ESL students performing so well? Is it because of parental interest in their childrens’ education, a better work ethic, a desire to learn and succeed? After all, they are in the same schools and being taught by the same teachers, are they not?

Heading towards a nation of halfwits who are reliant on Nanny State. And increasingly resentful towards the dwindling number of hard working people who subsidise them. Not to worry, all they need to do is go out a do a few ram raids and pop into the swanky new library on the way back to watch a cartoon with Morepork.