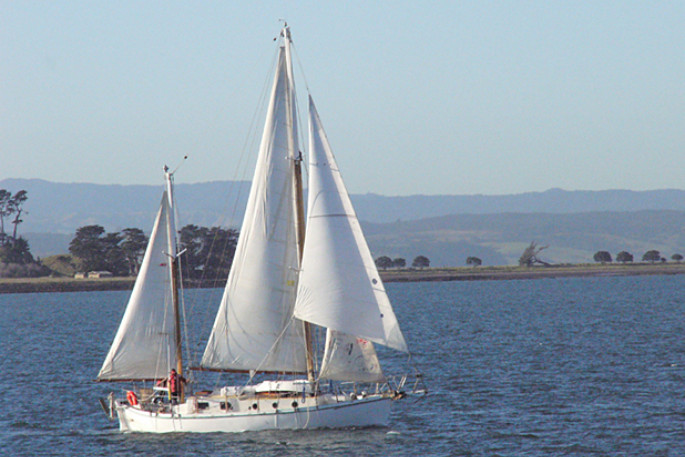 Veteran protest yacht SV Vega will be joining SV Windborne as part of a peace flotilla to protest the Ukraine invasion by Russia. Photo: Supplied.

The SV Windborne skippered by Avon Handsford, set off from Whitianga on Saturday, and will be joined by the veteran protest yacht SV Vega.

Vega has a long history of peaceful protest and a close connection with Greenpeace having been involved in nuclear free Pacific protest voyages to Moruroa and more recently in New Zealand with flotillas to stop deep sea oil.

“We are looking for a downtown berth in Auckland while the historic vessel Vega prepares for sea,” says Avon.

“We will escort her out of the harbour on Thursday morning and head towards Kawau.” 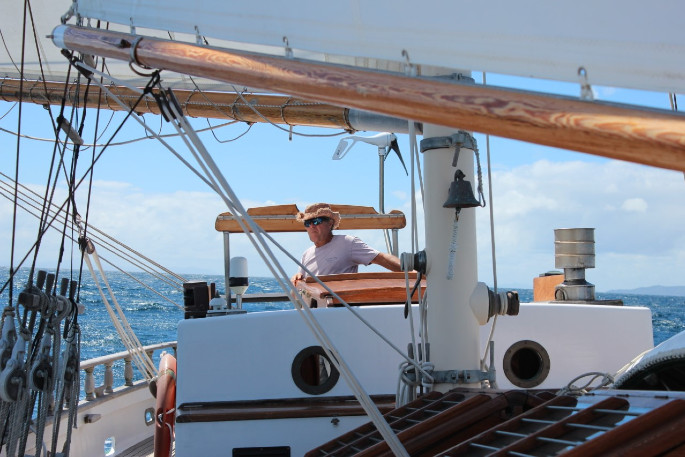 Avon Hansford at the helm of Windborne on Sunday. Photo: Supplied.

“It’s fantastic news that Greenpeace is on board,” says veteran peace flotilla protester Thomas Everth. “We hope that more skippers will now join us too."

Thomas skippered a boat that took part in the 1995 Mururoa anti-nuclear Peace Flotilla.

“This extends a long tradition of sailing for peace and environmental issues, which was the start to Greenpeace in the 70s," says Thomas.

On Saturday, Greenpeace called on the Government to immediately freeze the New Zealand assets of Russian oligarchs close to Vladimir Putin, until the Russian President ends his war against Ukraine. Over 6,000 people have signed the petition to support that call over the last 24 hours. 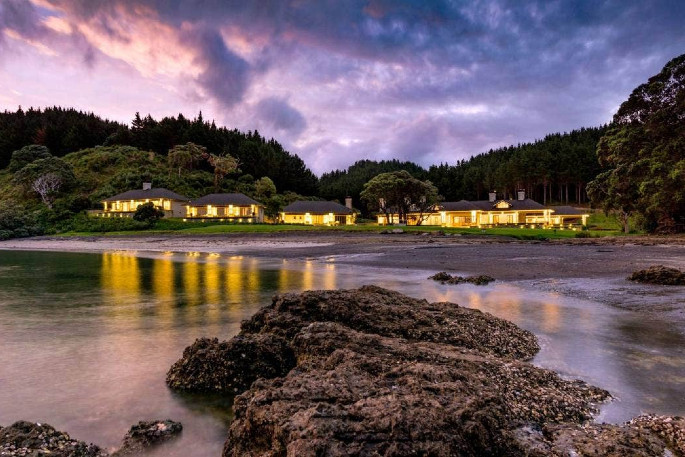 “Abramov is one of Putin’s close advisers and mates,” says Avon. “It’s a multimillion dollar lodge. For Putin to move aside, it’s going to have to be done from inside the Kremlin, so our encouragement is to help those guys elbow him out of the way.”

On Saturday around noon SV Windborne left Whitianga on its first leg of the voyage to Helena Bay. On board Avon and partner Mihaela Vlainic  experienced “beautiful sailing” through the Colville channel, anchoring in a bay at Waihiki Island on Sunday night. Two flags fly from Windborne’s rigging, one honouring Ukraine and the other the flag that once flew from the mast of the Vega during the nuclear free Pacific protest voyages.

They plan to rendezvous with other boats from Auckland and Matarangi at Kawau Island before sailing on together to Helena Bay. They are delighted that SV Vega will be joining them as part of the peace flotilla protesting the Russian invasion of Ukraine. 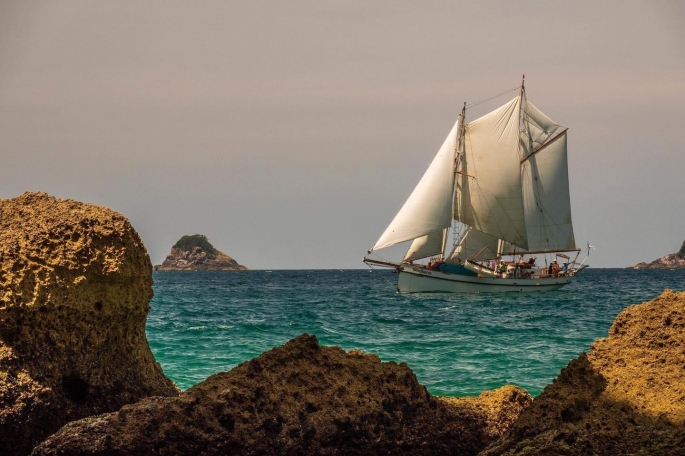 “The international community has scrambled to apply pressure on Vladimir Putin to end the invasion and here we have the luxury lodge of a Russian oligarch, right in our backyard.

“We applaud the Government’s announcement yesterday of The Russia Sanctions Bill, but if they are serious about using sanctions to pressure Putin, then they must go for the big fish quickly. That means freezing Alexander Abramov’s assets, as New Zealand’s richest Russian investor,” says Niamh.

“Aotearoa has a long and proud history of standing up for peace. We pushed back against the might of the nuclear powers and declared ourselves a nuclear free zone. Now is a time when we must stand up again.

“To end a violent invasion without further violence, we need to be creative about affecting change. If you don’t want to add more bombs to the situation, then you need to pressure the money and power behind it, and that’s what we aim to do with sanctions on Alexander Abramov’s Helena Bay estate,” says Niamh.

Niamh will sail aboard the SV Vega, and join SV Windbourne skippered by Avon Hansford, who also sailed to protest oil exploration in New Zealand waters. Other yachts are expected to join.

The flotilla will set sail from Auckland’s Waitemata Harbour on Thursday, to convene in Whangaruru Harbour, and sail into Helena Bay together to take a stand against the war.

Abramov is a steel magnate, and considered to be the 24th richest man in Russia. His superyacht has recently sailed to the Maldives, apparently to avoid sanctions.

“Greenpeace Aotearoa stands in solidarity with the organisations and activists taking to the streets around the world to peacefully demand an end to this disastrous war, especially those in Russia, who are risking their safety and freedom to do so,” says Niamh.

The Peace Flotilla is posting updates and calling for support via a Facebook group here: https://www.facebook.com/groups/662779728293658 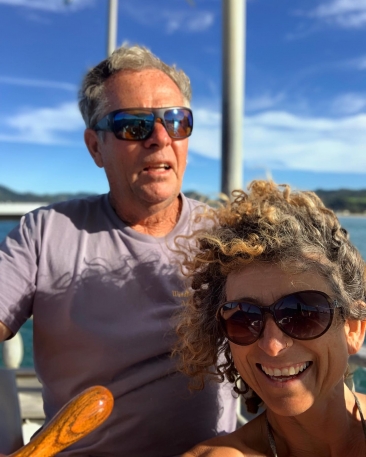 Avon Hansford and Mihaela Vlainic on board the Windborne. Photo: Supplied.