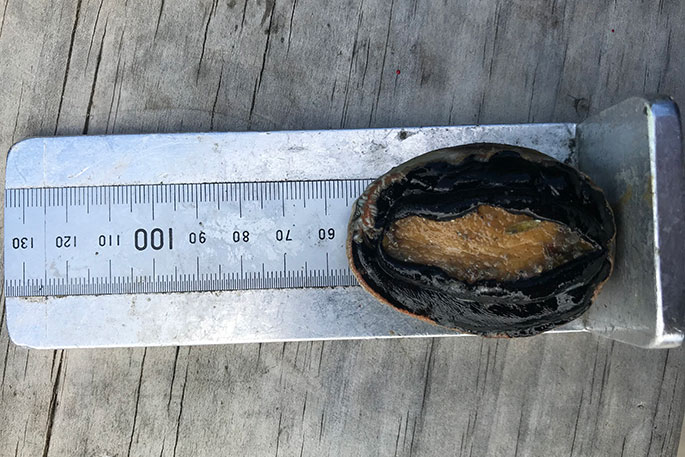 Pāua gathering will no longer be allowed on the Kaikōura coastline from midnight tonight, Monday, February 28, as Kaikoura’s three-month pāua gathering season ends.

The fishery reopened on December 1 for a limited season after having been closed for almost five years following the devastating Kaikōura earthquakes in November 2016.

Fisheries New Zealand’s southern inshore manager, Allen Frazer says people have enjoyed the Kaikōura coastline during the summer and the ability to gather pāua over the 3-month open season.

"During the season, an intensive survey was carried out to provide important information about fisher’s catch and effort. This information, as well as in-water surveys of the pāua stocks, will help determine what the future of the fishery might look like including what measures are needed to keep the pāua healthy and thriving."

"People were very respectful of the fishery. Over 90 percent people our officers saw were fishing within the limits and using the appropriate tools and methods to gather pāua.

"Unfortunately, there were a few that didn’t follow the rules resulting in around 97 offences with just over half of those receiving infringements. On the more serious scale, a fisher is now facing prosecution after being caught with suitcases filled with pāua."

Fisheries New Zealand will continue to monitor Kaikōura’s pāua stocks over the coming months and work with iwi, the community, and commercial and recreational fishers on future management of the fishery.

Any proposals to reopen the fishery will go through the usual statutory processes, including public consultation.