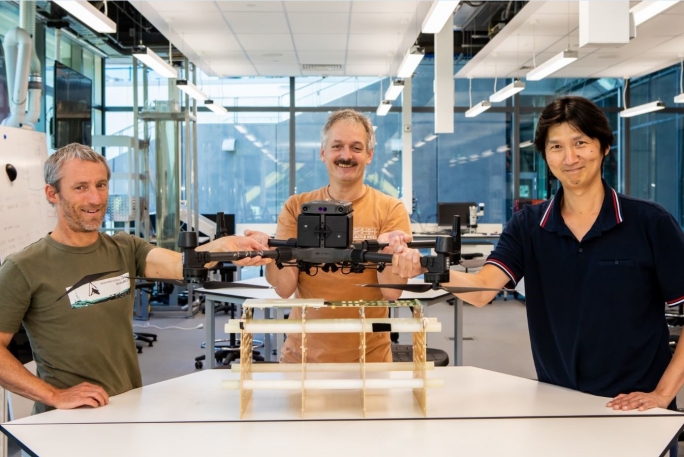 The technology, which uses tiny but powerful snow radars mounted on drones or helicopters, is being developed by a University of Canterbury-led team.

University of Canterbury School for Earth and Environment Associate Professor Wolfgang Rack says the radars send signals to the ground which bounce back providing information on the thickness of snow beneath.

This can be combined with satellite imagery, allowing the generation of 3D maps of snow load.

"The data provided by this technology, which is accurate to within just a few centimetres, could be used by ski fields, helping to predict avalanche risk and assess the safety of access roads in the mountains," says Associate Professor Rack.

"It could also be used to assess snowfall changes on glaciers, find the safest areas to ski and provide information on snow melt for hydro power generation."

A drone radar prototype has already been built by the team and tested over the past five years in shallow snow on Antarctic sea ice in a project funded by the Ministry for Business, Innovation and Employment (MBIE).

Associate Professor Rack and his team are now working on adapting this technology so it’s more suited to the New Zealand alpine environment.

"The world is losing snow at a record pace and we need snow data to manage these changes in our tourism, recreation and hydrology sectors.

"We believe the technology we have used in Antarctica can be adapted to provide highly accurate information on snow depth in alpine areas by using light but powerful radars that can be mounted on a drone or a helicopter.

"It’s more difficult in New Zealand because the snow is warmer here than in Antarctica and melt water in snow makes it more difficult to measure. But we’re confident we can come up with a new radar antenna that has enough energy to transmit deeper into warmer snow making it more effective and versatile for the challenging New Zealand conditions."

Associate Professor Rack is working with Adrian Tan at Lincoln Agritech, Kelvin Barnsdale at RF Engineering Services, and Associate Professor Heather Purdie, Paul Bealing, and Dr Adriel Kind, all from the University of Canterbury, on the project.

They are currently working on detailed plans for a prototype new antenna and adjustments to the software that controls the radar system.

Associate Professor Rack says they hope to build the final design and fly it before the end of winter, with testing to be carried out in the Arthur’s Pass area.

Associate Professor Rack says Christchurch’s location as the gateway city for Antarctic research operations and as a centre for alpine tourism makes the airborne radar research even more relevant.

"The business value of Antarctic operations in 2016 was estimated at $240 million a year for Christchurch and Canterbury and linked to 3700 jobs, and the value of Alpine tourism for Christchurch is probably similar or even higher. We hope that our project will be of benefit to both of these sectors."