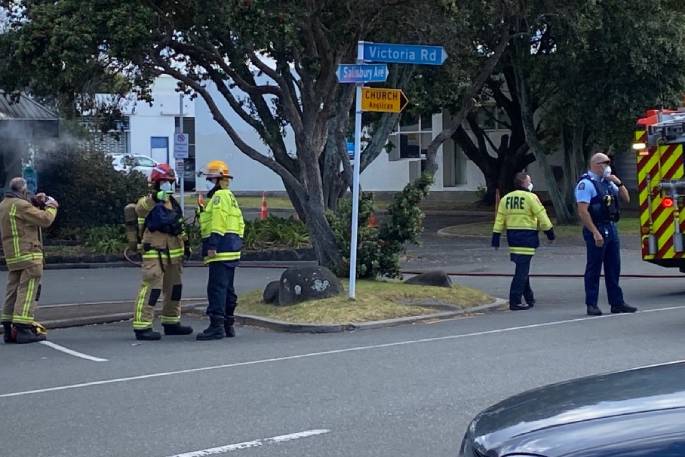 Police and fire at the scene of the toilet block blaze in Mount Maunganui. Supplied photo.

UPDATE 6.58PM: Arson is suspected as the cause of a toilet block fire in Mount Maunganaui.

Fire and police were called to the fire on Salisbury Ave, near The Mall, around 6.15pm.

A SunLive reader says she was going for a nice evening walk when the blaze erupted.

"I called the fire. It was in the men's toilet. An onlooker said it was kids that set fire to it.

"Police are at the scene and one person has been put into the back of a police car." 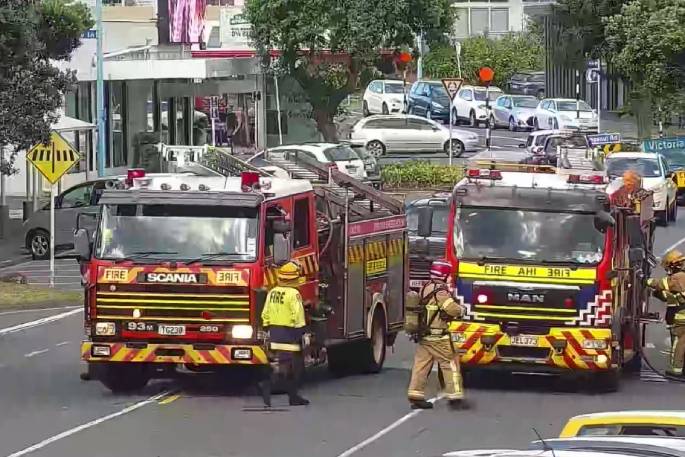 A Tauranga City Council spokesperson told SunLive that "there has been an arson of the toilet block in Coronation Park.

"Salisbury Ave has been closed while fire fighters extinguish the fire."

A police spokesperson confirmed at 6.15pm, police received a report of a fire in a toilet block on Salisbury Avenue, Mount Maunganui.

"Police and Fire attended and police are speaking to a person in relation to the incident." 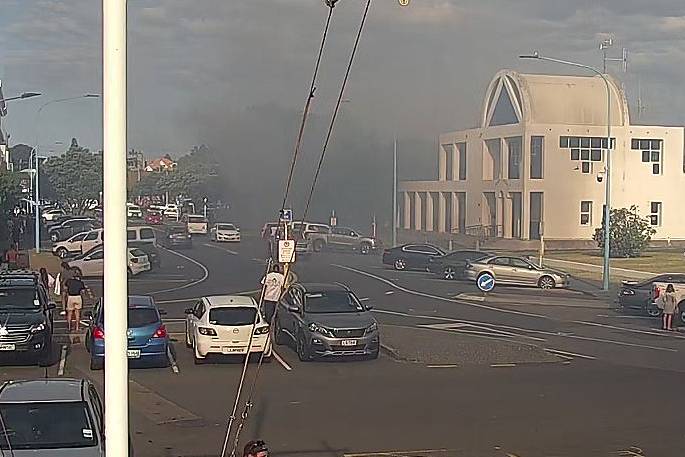 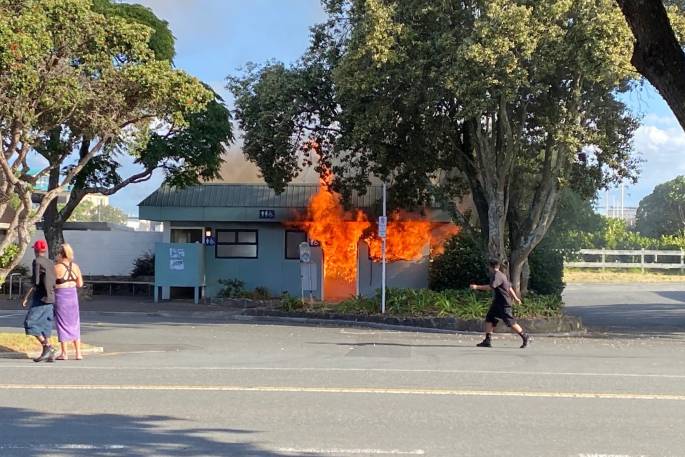 Flames are billowing from a toilet block in Mount Maunganui.

A Victoria Ave resident says a toilet block is on fire on Salisbury Ave.

Fire and police are at the scene of the fire.

"It is the men's toilets. An onlooker thinks it was kids who did it." 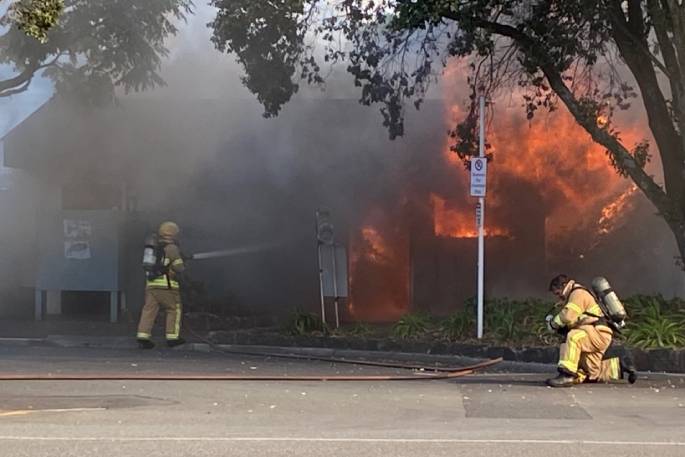 People are being asked to avoid the area as police are shutting down the road while firefighters put the blaze out.