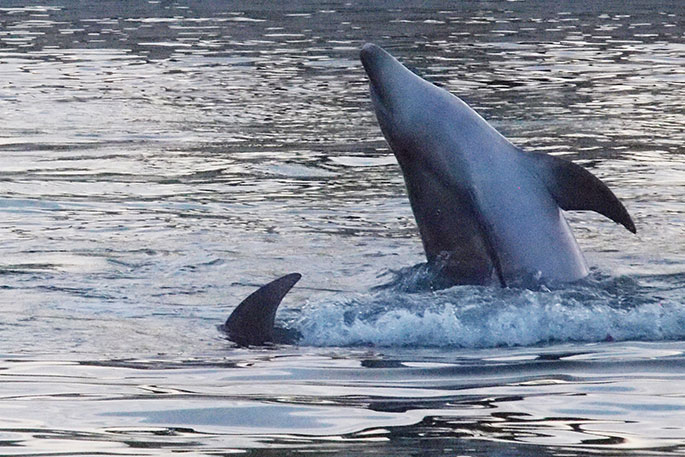 A commercial fisher who set and hauled nets within dolphin protection areas has been fined $11,900.

Following a successful Ministry for Primary Industries prosecution, Lance Edmond Nicolson, 34, was sentenced on Tuesday at the Dunedin District Court on one charge of using a set net within 4nm of the coast, in waters off Otago on six separate occasions.

MPI says the offending occurred between 12 October and 6 November 2019, when he was fishing and discovered through MPI's digital monitoring system which tracks fishing activity.

"Set netting can pose a risk to Hectors dolphins. Commercial fishers have a responsibility to be aware of what the regulations are in the area they are fishing, and ensure they comply," says regional manager fish compliance, Garreth Jay.

"The rules are there for a reason and most people do the right thing and follow them closely, and when they don’t, we will hold them to account."

The fishing vessel, Charlotte Rose, was forfeited to the Crown, along with set nets. Mr Nicolson was also ordered to pay costs of $2,046 to the Ministry for Primary Industries.

100% agree with you re greedy Skippers and the fact that we need/must take care of these beautiful dolphin. The law however ’suggests’ that the dolphins are worth more than our families. The ’token’ fines speak loudly. These idiots on the roads risk sending my family into extinction too . . . The Skipper deserves everything he got/lost.

You make a good point. But Hector’s dolphins are endangered and may become extinct due to the greed of skippers like this. I don’t think anyone would suggest your family is worth less than a dolphin, but we need to take care of the dolphins nonetheless. And I share your disdain for thoughtless humans who endanger other humans, even if the fines are really just tokens.

Almost $12,000 in fines, just over $2000 in costs, forfeited his boat and gear for setting/hauling nets in a restricted area . . . Run a red light and risk humans lives $150. Using a mobile phone while driving risking humans lives $150. Seems wrong that a dolphin is worth more than my family . . .