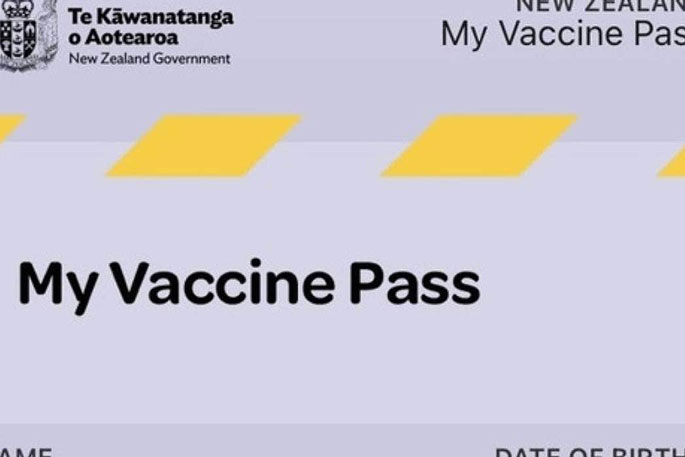 A 61-year-old man has been arrested for and charged with forgery in relation to the production of fake Covid vaccine passes. Photo: File.

Police are encouraging anyone in possession of a fake Covid vaccine pass to hand it in to them.

Earlier on Wednesday a 61-year-old Rangiora man was arrested in relation to the production of fake Covid vaccine passes.

He will appear in Christchurch District Court on February 1 charged with forgery.

Detective Sergeant Daniel Isherwood says there are a number of individuals in the wider Christchurch area who have been identified as having received a fraudulent My Vaccine Pass.

“Police will be working through this list and those who are currently in possession of such a document are strongly encouraged to surrender it to the Rangiora Police Station,” says Detective Sergeant Isherwood.

There will be an amnesty for these individuals until 4pm on February 1.

In this case, printed passes were produced and distributed, although the QR code on the pass either did not scan correctly or came up as a location instead of an individual’s identity.

Several devices have been seized by Police and enquiries are ongoing.

The My Vaccine Pass is the official record of someone's Covid-19 vaccination status and allows access to places that require proof of immunisation under the new Covid-19 Protection Framework.

Buying and selling vaccine certificates is a criminal offence and carries a penalty of up to six months in prison.

Police are advising businesses where passes are required to be vigilant when scanning and checking QR codes – if a pass fails to scan and the business is not satisfied with the identity of the individual, entry should be refused.

“This is a timely reminder to ensure that all passes, either electronic or physical, are correctly scanned and checked.”

Police will continue to investigate incidents such as this and prosecute where appropriate.