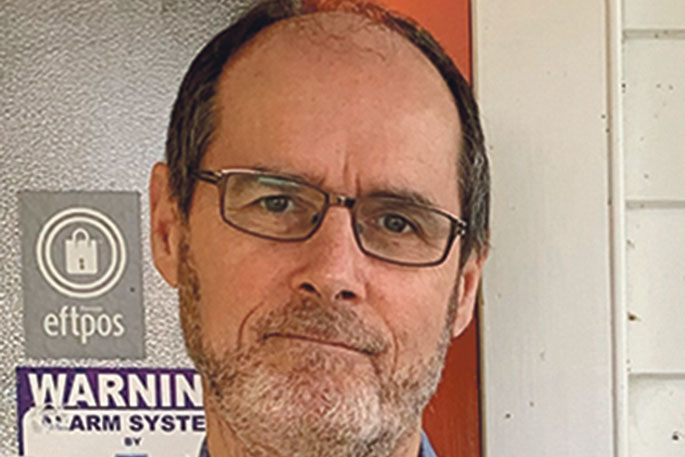 After 30 years of treating the Murupara community, hundreds turned out in support of Dr Bernard Conlon at a rally in November in response to complaints about his stance on vaccination to the Medical Council of New Zealand. Photo Diane McCarthy.

Murupara GP, Doctor Bernard Conlon says he has received notification from the Medical Council of New Zealand that it intends to suspend him ahead of the investigation into the various complaints laid against him.

A complaint was first made against Dr Conlon after he made public comments questioning informed consent in pregnant women and children at a Māori health hui in August.

Further complaints about Dr Conlon’s professional conduct were made to Covid-19 Response Minister Chris Hipkins by an unnamed junior doctor who was working at the clinic for three months last year.

The complaints have since been forwarded to the Medical Council.

Among the accusations are that he labelled patient notes of people who have had the Pfizer Covid-19 vaccine as “becoming magnetic”, which Dr Conlon describes to the Beacon as “baffIing”.

“I have the less usual trait of believing my patients when they present with unusual symptoms,” he says.

“[The patient] was able to provide visual evidence that six coins could remain on [the patient’s] torso, which I documented in [the patient’s] notes. That a junior trainee would find such clinical honesty somehow worthy of report to the Medical Council still somewhat baffles me. However, it is strange times indeed.”

Dr Conlon has also been accused of celebrating when he heard the news that Murupara had the lowest vaccination rates in New Zealand, which was witnessed by the junior doctor who was a dinner guest in his home.

He has applied for a practice exemption to allow unvaccinated staff to continue to work at the Murupara Medical Centre.

As well as himself and partner Dr Britta Noske being unvaccinated with the Pfizer/BioNTech vaccine, he says three of the practice’s receptionists and one nurse had also opted not to get it.

“As employers, we value our staff and have reconfigured the surgery to allow ongoing employment for all, while still excluding the non-vaccinated from patient contact as per the covid-19 order. I find the jab or your job policy, frankly, repugnant.”

Dr Conlon says he has “acquired unpopularity” for openly speaking out against mandatory vaccination, and that he has further irritated the Ministry of Health for attempting to import ivermectin – “hoping to then make it available for free to my high-risk patients when they are infected with Covid-19".

“The Ministry of Health seems disinterested in the success of this approach in countries such as Brazil, India, Mexico and Japan and would prefer infected patients being given only paracetamol and a pulse oximeter. Very sad indeed when one looks at the amazing success overseas. We have already monitored, successfully, eight patients with Covid-19, without issue.” 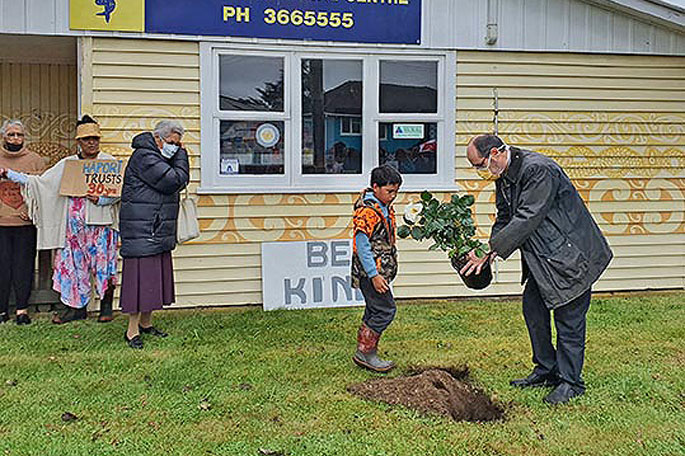 Dr Bernard Conlon plants a rose in front of his Murupara Medical Clinic during a rally in his support in November.

Dr Conlon has also filed a case in the Rotorua District Court seeking a judicial review of a Medsafe decision to confiscate a consignment of ivermectin he was importing for his patients.

“Three days after making a legitimate legal challenge to Medsafe’s decision to take possession of my ivermectin, the Ministry of Health laid a further complaint against me to the Medical Council – for unprofessional behaviour.

“Then, just before Christmas, I received notification from the Medical Council that they intended to suspend me ahead of the investigation into the various complaints, for the safety of the New Zealand public.”

Dr Conlon says he has submitted his opposition to this proposal on Tuesday this week but held no real hope that it would be reversed.

“I plan to appeal at the district court level and hope a more just decision is achieved.”

Dr Conlon has an opinion.

Very worrying that someone qualified to have an opinion is silenced just because they disagree with the government experts. Science is an objective, self correcting method for gathering and organizing information about the natural world through repeated observation and experimentation. which means science changes as we learn more about a subject. To dismiss outright an objective opinion or observation is wrong.. we don’t live in China!

"massive evidence that vaccines work" show me the evidence please, mind you they do work at making massive profits for the Pfizer stock holders.

Deregister him. He won’t believe the truth Rocko

...the father of Medicine, said: "Do no Harm". From reading the article, I can’t see Dr. Conlon doing "harm" to any of his patients. I disagree with his position on the vaccine, but I respect his right to have a dissenting view. And the health authorities have no right to confiscate his Ivermectin. The jury is still out on it and he claims to have good evidence for it from overseas. Unless it is known to be "harmful" why should it be confiscated? He is "guilty" (without any kind of actual trial) of dissent. So he must be bullied and suppressed. He may be "wrong" about a number of things but no Doctor is ALWAYS right, and, as long as no harm is done, why should he have to be harassed? Patients have a choice. Both sides of the argument for vaxxing have been presented. Let him be.

Dr Conlon may very well turn out to be 100% correct re the benefits of Ivermectin.

with the " magnetic stomach" had swallowed a magnet, or more likely this doctor is deluded. One thing is for sure his theories fly in the face of massive evidence that vaccines work, and Ivermectin is just another false flag. That some in Murapara believe in this man is yet another sad episode in the Maori " health" saga.

I don’t know this doctor but I know he is not alone in voicing his concerns about the lack of early preventative treatment, and also the risks of the vaccine. These people should be asked to back up with evidence what they believe and it should be included in some very important discussion. Unfortunately, many of them have been slandered and silenced.

None of what Dr Conlon says

alarms me whatsoever. He seems very much to be an intelligent GP who cares for his patients above all else. I’d be more than happy for him to be my GP. Would be a very welcome change over ’prescription doling’

Good on this Doctor