Rain clouds open up over Tauranga 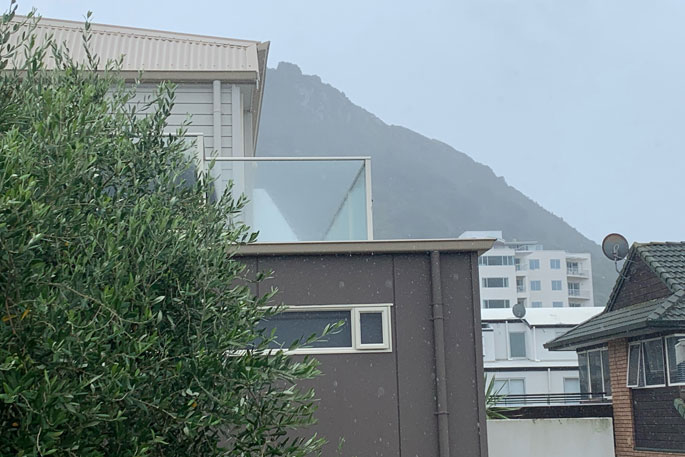 Rain is finally falling in Tauranga this afternoon, but it looks to be short-lived with fine weather being predicted for most of the weekend.

MetService is forecasting another high pressure system to sit over Aotearoa this coming weekend, bringing dry and settled weather for most.

The cold front that swept up the South Island on Wednesday is weakening away as it tracks up the North Island today (Thursday).

High pressure from the Tasman Sea will then push onto NZ, bringing a dry and sunny few days, aside from the odd shower in Southland and along the east coasts.

While maximum temperatures for most South Island spots have been left in the teens today in the wake of the cold front, temperatures around the country over the coming days are expected to hover around average for late January.

“It’s shaping up to be a great Wellington Anniversary weekend to spend some time outdoors in the lower North Island,” remarks MetService meteorologist Dan Corrigan.

“Aside from one or two showers on Sunday, it looks like you can’t beat Wellington on a good Anniversary weekend.”

However, a change is on the horizon with a low pressure system forecast to impact the North Island early next week, bringing welcome rain to the browning lawns of places that have seen little to no rain this year.

This system is bringing with it warm air from the tropics laden with moisture, excellent for rain making. 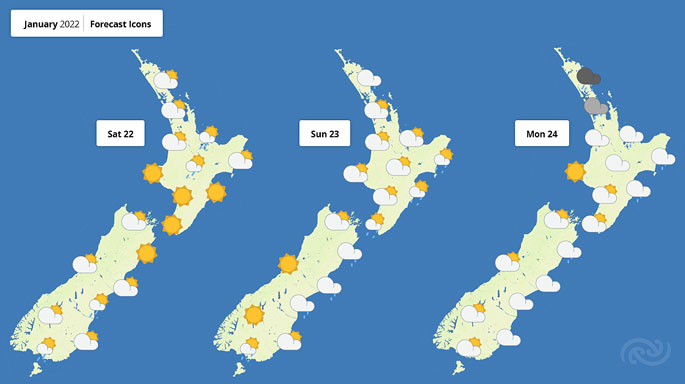 So far, not a drop has fallen here in Greerton.