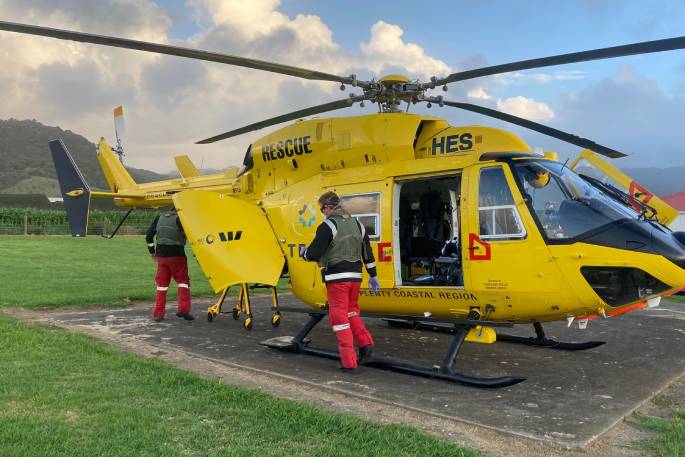 December turned out to be a busy month for the Tauranga-based TECT Rescue Helicopter.

The helicopter crew carried out 35 missions over the month, including 13 inter-hospital transfers, 15 medical events, six rural/farm rescues and a motor vehicle accident.

Opotiki, Waihau Bay, Te Kaha and Motiti Island were just some of the locations the rescue helicopter was seen in.

“With warm weather and sunny days, kiwis are getting out to do the things they love, which, unfortunately means a higher demand for a rescue helicopter,” says a spokesperson for the rescue helicopter.

“Over December, this included a mission to Waihau Bay for a man who sustained an injury whilst boating, a spinal injury sustained whilst swimming at a beach, a horse-riding incident and a patient who sustained chest injuries whilst diving off a bridge into a river.”

On Friday, December 3, the TECT Rescue Helicopter was tasked to a rural property just outside of Taupō for a woman in her 60’s who had fallen from her horse.

“She had sustained multiple injuries, including suspected fractures.

“The patient was airlifted to Waikato Hospital for further treatment.”

In the evening of Sunday, December 5, the onboard crew responded to a callout to Te Kaha for a child who had suffered a severe reaction to a bee sting. The young patient was flown to Whakatane Hospital for further treatment.

“On Thursday, December 16, the onboard crew assisted a patient in their 50’s suffering from a medical event. The patient was transported to Tauranga Hospital for further treatment.” 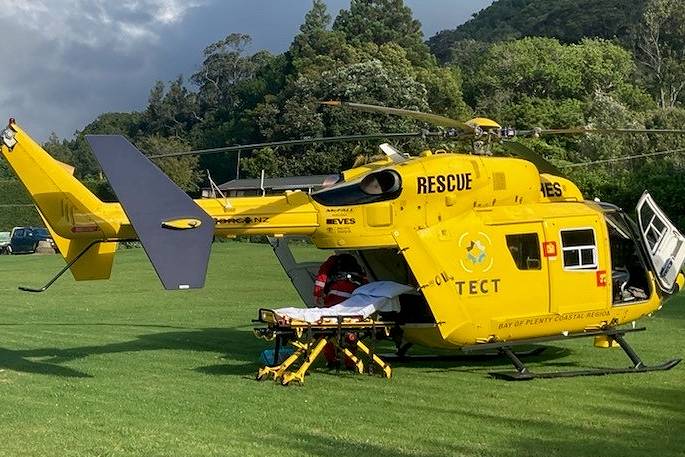 The helicopter later returned to Waihau Bay for a patient in their 20’s suffering from a medical event.

The onboard crew flew the patient to Whakatane Hospital for further care, says a rescue helicopter spokesperson.

On December 27, the TECT Rescue Helicopter was called out to Te Kaha for a woman in her 40’s suffering from a stroke.

“She was urgently airlifted to Whakatane Hospital for further treatment.

“Later that evening, the helicopter was dispatched to a popular swimming hole on the Lower Kaimai area for a man in his 60’s who had fallen 6-8ft and sustained chest injuries.

“Due to the location of the accident, the onboard Intensive Care Paramedic was winched down to the patient’s location where he was assessed and treated before being winched into the helicopter and transported to Tauranga Hospital for further treatment.”

The next day, the TECT Rescue Helicopter assisted a man in Mangakino who was found unconscious, suffering from multiple medical issues.

“The onboard crew treated and transported the patient to Waikato Hospital for further treatment.

“The month of December ended with a mission to Waiotahe, in the coastal Bay of Plenty, for a man in his 30’s who was suffering a serous asthma attack.

“The patient was treated by the onboard Intensive Care Paramedic before being flown to Tauranga Hospital in a serious condition.” 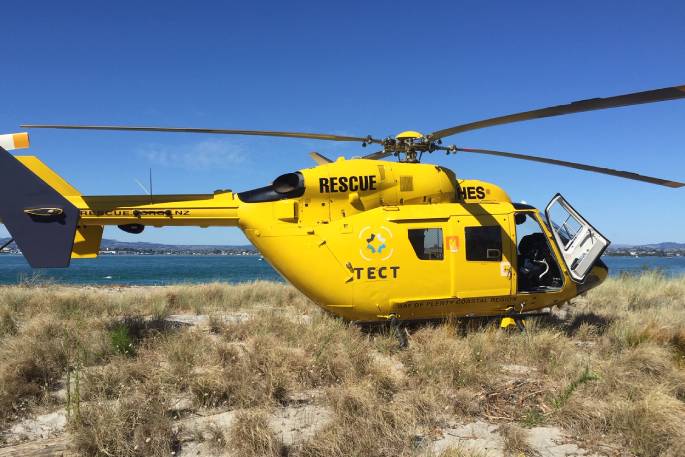 Missions like these are made possible thanks to the generosity of our sponsors and donors. The greatest gift you could give is time, time for patients to spend with their loved ones this summer.

Help keep these life-saving missions available to your family and friends all summer. Donate today at rescue.org.nz.