Currie heading to the city for the Tauranga Half 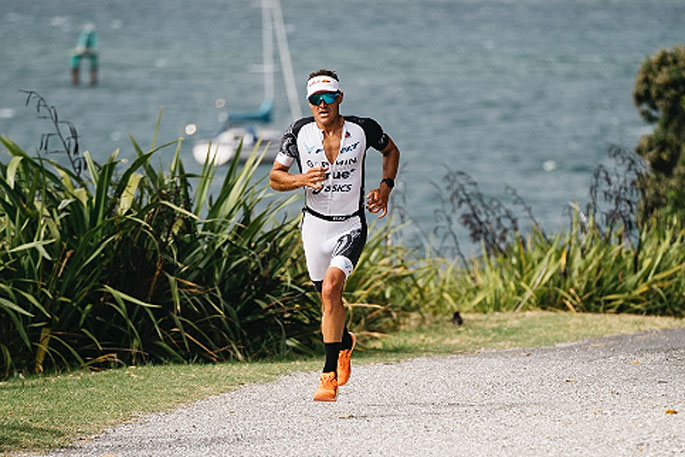 One of the country's most accomplished athletes is heading to the city for the Tauranga Half.

Wanaka’s Braden Currie has multiple titles and accolades to his name including the New Zealand Ironman, XTERRA, Tauranga Half, Coast to Coast and a 5th at the Ironman World Championships.

After having his last two years of global competition interrupted with postponements and cancellations due to the Covid-19 pandemic, Braden is eyeing up the top prize in the 33rd running of the Tauranga Half on Saturday, January 22.

The Tauranga Half is the country’s pinnacle multisport event at the start of the year and attracts
New Zealand’s top elite athletes.

Part of the Fulton Hogan Mount Festival of Multisport, the Tauranga Half is cemented as a firm favourite among athletes.

The 2021 race saw him finish a mere 10 seconds behind Kyle Smith, who won in a course record time.
It has been an unusual past year for Braden Currie.

The big goal in 2021 was the Ironman World Championship title in Kona, Hawaii.

A late postponement of this event forced Currie to re-evaluate his plans just before flying overseas to race in Hawaii.

With the world championships off the programme, Currie had the option of either staying in NZ and risk losing his international ranking and his spot in the invitation only Collins Cup race in which he had been one of 12 in the world selected to race, or head overseas and risk of not being able to return due the challenge of securing an MIQ spot.

Braden’s family encouraged him to take the plunge and head overseas for the inaugural Collins Cup.

This move paid off with Currie recording the fastest swim time and winning his race for Team International in the prestigious Collins Cup.

He followed up the Collins Cup with a 7th at the tough Challenge Roth, before finally securing an MIQ spot to return to his family in Wanaka for the summer.

In reflecting back on the past year, Currie says it’s been an interesting year juggling events.

"In some ways I’ve been fortunate that I’ve had a few events to focus on such as the Collins Cup in Slovakia.

"I had a good training block. Europe was a bit of a challenge, and left me with the challenge on how to get home. I was left with a couple of months of unknown with the travel, training and trying to get through the MIQ process."

Back home, Currie turns his attention to the Tauranga Half this Saturday.

In looking at the elite field that will be on the start line at Pilot Bay, Mount Maunganui, Currie says it’s always a tough race at the Mount.

"It sounds like the field this year is going to be strong. It’s always an unknown as to how people go on the day but Sam Osborne is a new athlete to the race only doing his second half distance race and is a very talented Xterra off road racer who will race hard. Brownie (Cam Brown) and Mark Bowstead are in good form and back running well.

"Mike Phillips is always strong and has been working hard and been doing lots of cycling racing. There will be no hiding that he will be out there to hurt on the bike and see if he can hang on for the run. It’s going to be good racing."

The Tauranga Half marks the start of a big 2022 for Braden Currie, with plans for more International racing.

After enjoying the New Zealand summer with his family, Currie says there’s a pretty big year coming up in a lot of ways.

"I will race Ironman New Zealand and then it’s not a huge turnaround until what is the new Ironman World Championships in Utah in May.

"I will look to head away mid April and train somewhere overseas for that race. Then I will head back to Australia to race Ironman Cairns and will have a block of training in Noosa before racing Ironman World Championships in Kona,

"Hawaii in October with a few other races in the middle such as the Collins Cup if I get selected."

The Tauranga Half is part of the Fulton Hogan Mount Festival which will see over 2000 athletes come together to race across different events including the Mount Run, AquaBike and Pilot Bay Swim.

The 2022 race is looking to host over 700 athletes in the pinnacle event, the Tauranga Half which has been a staple in the Mount Manganui summer calendar since 1990.