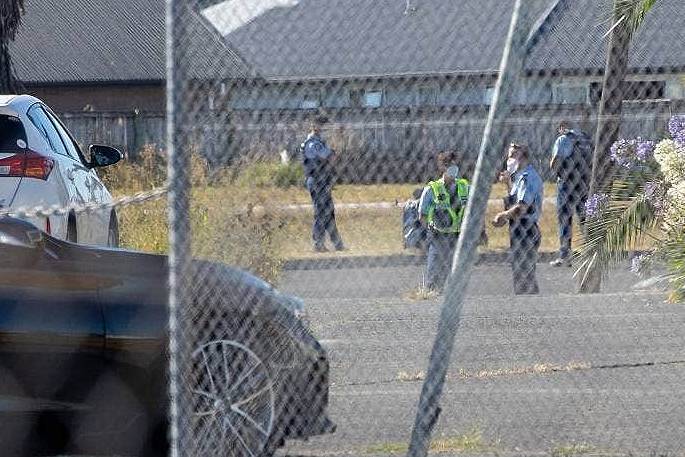 Police are conducting a scene examination and expect to refer the death to the coroner. Photo: Tom Lee/Stuff.

A woman and a baby have been found dead at a Hamilton railway station.

Police confirmed a woman and infant were found dead this morning, and the area has been cordoned off.

Kiwirail confirmed a member of the public was struck by a freight service train at Frankton just after 8am.

Emergency services were called to Frankton train station about 8.10am on Monday, says a police spokesperson.

“Police are conducting a routine scene examination and offering support to those at the scene.

“The death is expected to be referred to the coroner.”

More than a dozen police officers are at the scene.

Kiwirail acting group chief executive David Gordon says these types of events are deeply traumatic for those involved, and our thoughts are with all those affected.

The locomotive engineer has been put on leave and will be offered counselling.

The line remains closed, and there will be disruptions to freight services between Hamilton and Tauranga.