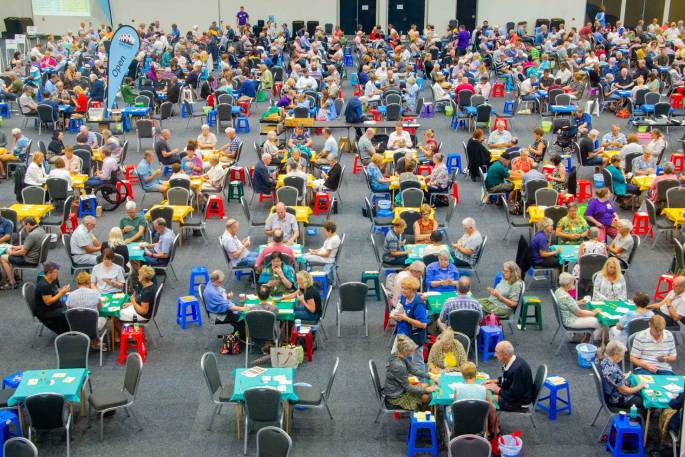 The New Zealand National Bridge Congress will be hosted in Mount Maunganui for the first time in its 35-year history next month.

The best bridge players from across the country will come together from February 10-17 at Trustpower Baypark.

The event was originally planned to take place in September 2021 but was rescheduled due to Covid and NZ Bridge Congress manager Richard Solomon is excited for the event to finally take place.

“We missed the 2020 National Congress completely because of Covid and when we finally open the 2021 event on the 10th February, it will be 28 months since our last such National event,” says Richard.

“As such, we want this congress to be a wonderful experience for all who can make it. Coupled with that, we have a fantastic new venue in Baypark and a wonderful summery area in the Bay.

“Great for good bridge, mixing with fellow bridge players and enjoying the best of a New Zealand summer.”

“Generations of New Zealanders regard the coastal Bay of Plenty as their ‘happy place’, and we hope the players will enjoy the vast array of visitor attractions they’ll be able to choose from, to relax and refresh, before and after their games.

“We have a thriving foodie sector, many culturally significant sites, and a vast array of marine wildlife.”

Tourism Bay of Plenty confirmed funding for at least 15 events over the next two years thanks to $500,000 of funding from the Regional Events Fund and a further $200,000 from TECT took the total to $700,000. The NZ National Bridge Congress was one of those events to benefit.

In 2022, the New Zealand National Bridge Congress will be attended by top international players, such as Bridge Blacks Michael Cornell, Michael Ware, Geo Tislevoll and champion partnerships like Martin Reid and Peter Newell alongside personalities like Barry Jones and Mereana Cullen, Judge Julie and Pam Livingston of Bridge Zone fame.

Bridge is a game for all ages, and there are some exciting young rising stars who will be in attendance, including Jack James, Jeremy Fraser-Hoskin, Matt Brown and Michael Whibley.

Competitive family teams will also be in attendance, such as mother and daughter teams Andi Boughey and Carol Richardson and Jenna and Christine Gibbons, who have all represented NZ in the Bridge Ferns.

The event regularly attracts 700+ players during the week, often this includes international players, but this year it will be a uniquely NZ event.

New Zealand Bridge has around 14,000 registered Bridge players who belong to 110 affiliated clubs from Kerikeri in Northland down to Invercargill in the South.