Twelve angry men on a jury 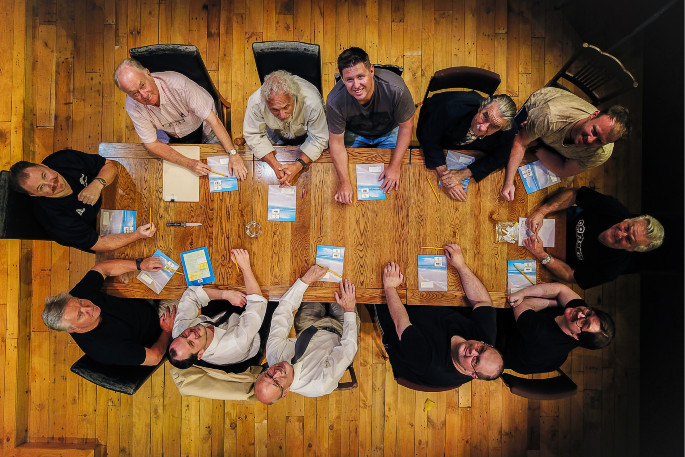 It is 1957, and twelve men have been led into a jury room of a New York City court of law. They are given final instructions about determining the verdict in a murder case whose defendant faces the death penalty if found guilty.

The stage is set at 16th Ave Theatre for what director Liam Hagan says is a play that’s been on his bucket list of shows for at least a solid decade.

“It has everything: great characters, high drama, a big ensemble cast where everyone has a moment to shine, and some humour thrown in for good measure,” says Liam, who also plays Juror number three.

“But it's the overarching social commentary that elevates this play and makes it a timeless classic.”

Before deliberations in the murder case begin, the 12 men take a short break after filing into a hot and stuffy room. They gather around a long table to begin discussions about the case. The defendant, a young man, is accused of killing his father; and, after a preliminary vote, all but one of the jurors presume he is guilty. Juror number eight is the only one who feels differently. Because they must come to a unanimous decision, debates begin.

They heatedly discuss the known facts of the case; and little by little the personalities, opinions, and biases of each juror become evident. Subsequent votes are taken, and each time there are less and less who still believe the defendant is guilty.

President of 16th Ave Theatre Heather Graham says she’d known Liam had wanted to drive 12 Angry Men for a long time and knew he was the right director to take it on.

“When he suggested it to me again last year, it seemed like the right time to say ‘yes let’s do it’,” says Heather. “Although this play depicts attitudes and biases from the 1950’s, sadly the topic still feels relevant for today’s audiences and it takes a very brave and skilled director to bring a thought provoking, emotive and evocative play like this to the stage.”

Liam agrees that the play is as relevant today as it ever was, perhaps more so.

“The premise of the play poses questions to twelve men who have never been required to give an answer, in a literal life or death situation. Suddenly, they find themselves locked in a room and forced to examine their own prejudices,” says Liam.

“12 Angry Men is a timely play, 68 years after it was first written, because, to quote the great Fran Lebowitz, ‘human nature does not change’. In 2021, we find ourselves in the midst of a changing tide. Social issues continue to dominate the news cycle, and regardless of which side of the fence you're on, there is always something to be gained by having patience, and listening.”

He says if the audience takes nothing else away from this production, let it be that. 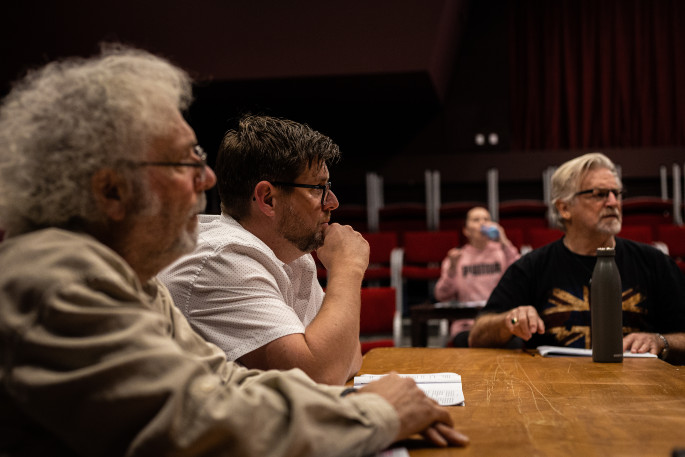 As for the production itself, Liam’s goal was to take it away from staid and mannered productions of this play that audiences are used to seeing, and give it extra life and energy.

“This production is fast-paced and ferocious, unrelenting and unapologetic,” says Liam. “The men are loud and brash, they argue and talk over each other. It's funny, and tragic.”

“I’m sure you’ll agree with me that they have done an amazing job. Thank you so much to everyone for working so hard over the over the holiday break – learning lines and building this set – you have taken 16th Ave Theatre to another level.”

Liam is hoping the audience will find the show as enjoyable to watch as it is to perform.

“A huge thanks is in order, to the entire cast and crew for their Herculean effort in bringing this show to the stage, and an extra special thanks must be given to Heather Graham for always being in our corner and encouraging us to make this the best show it can be.”

12 Angry Men is being performed every night except Monday and Tuesday at 16th Ave Theatre from Friday January 21 to Saturday January 29.  For more information and to purchase tickets click here