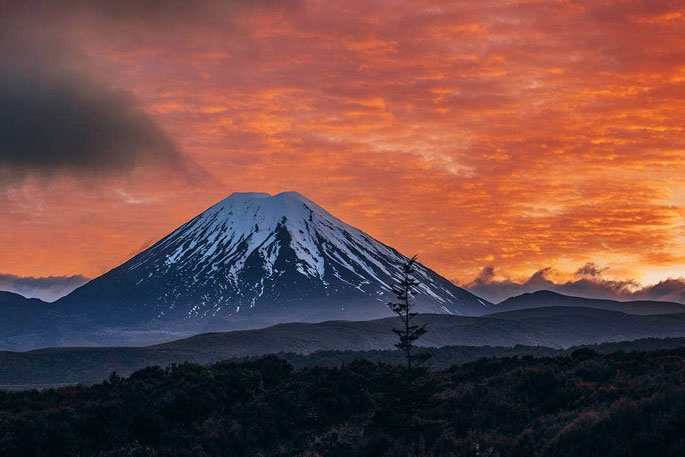 An unusual number of cluster earthquakes have been recorded beneath Ruapheu’s summit since December, but scientists say it hasn't affected the alert level.

And when compared to historical records, these shakes are unusual, GeoNet says in a statement.

“The number of earthquakes with epicentres closely confined to the summit area, is unusual.

“While these earthquake clusters are uncommon, none of our monitoring data suggests that the volcano is exhibiting increased levels of activity.”

All monitoring data indicates that volcanic unrest remain at minor levels and the volcanic alert level stays at level 1.

There has been no observable response from other data such as Ruapehu’s Crater Lake temperature, lake level, or volcanic tremor, therefore GeoNet’s current assessment is that a relatively deep stress release has occurred below the volcano, which has not affected the volcano’s hydrothermal system.

GeoNet will be conducting a scheduled gas flight and will sample the crater lake in the coming days, while GNS Science and the National Geohazards Monitoring Centre will continue to closely monitor the mountain for further changes.

Mt Ruapehu is an active volcano and has the potential to erupt with little or no warning when in a state of volcanic unrest, GeoNet reports.

“Earthquakes regularly occur in the Tongariro National Park, and towards the southern portion around Ruapehu, we often record them near Waiouru and National Park Village.”

There are two broad styles of earthquakes at volcanoes: a volcanic earthquake, which includes tremor, that are directly related to the movement of fluids – magma and/or the hydrothermal system – and tectonic earthquakes which result from rocks fracturing (movement on small faults).

For information on access to the Mt Ruapehu area, visit the Department of Conservation’s websites on volcanic risk in Tongariro National Park and follow their Facebook page for further updates.