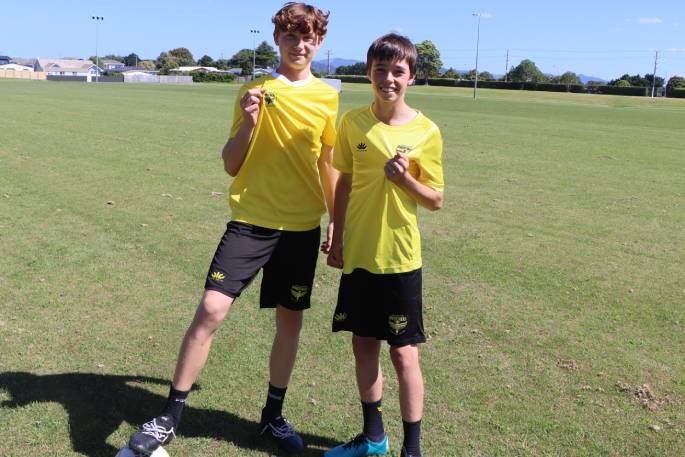 Oliver Grosso and Jacob Kleinsmith’s favourite footballers play for rival Manchester sides. Yet, the two youngsters from Tauranga are united in their move to the big city to follow their football dream.

The two Tauranga City AFC boys are heading off to play youth football with New Zealand’s only professional football club, Wellington Phoenix, at the start of February.

Both are excited about the switch to the capital and, long-term, they have dreams of one day emulating their idols and gracing the Premier League.

“England is the dream,” says Oliver, who has been football mad since day one, having been given a football at the hospital when he was born.

Jacob agrees, but both boys realise the hard part is ahead of them.

“Hopefully we could make it onto the first-team at the Phoenix,” says Jacob.

“You have got to do that first and then from there you can go on.”

Tauranga City director of football Barry Gardiner says the club, and the region, have recently had a number of players head to Wellington to continue their development. He is delighted at two of the club’s promising talents getting this latest opportunity.

Barry describes Oliver as a goalscorer with the selfish streak all strikers need. Jacob meanwhile is a more technical player with an eye for goal, but more likely to be assisting then finishing.

Whilst Barry admits only a handful of players that enter the Phoenix system go on to play in the A-League he believes the dynamic duo both have “great potential” for their age.

“The hard work is ahead of them,” he says.

“But if they are realistic about that, work really hard, and give it their all at least they can come out of it with no regrets.”

As for nerves, Oliver’s main apprehension is about attending boarding school. Unlike Jacob, whose family are relocating to Wellington, he will be away from his family.

But his mum Mary is delighted at her son’s opportunity.

“We will see how the reality all sinks in but we went down recently to have a look around he liked it.

“You can’t hold them back. They have both been into football since they were toddlers and they want to be submerged as much as possible.

“It is great for them to have something they love and are so passionate about and to get this opportunity.” 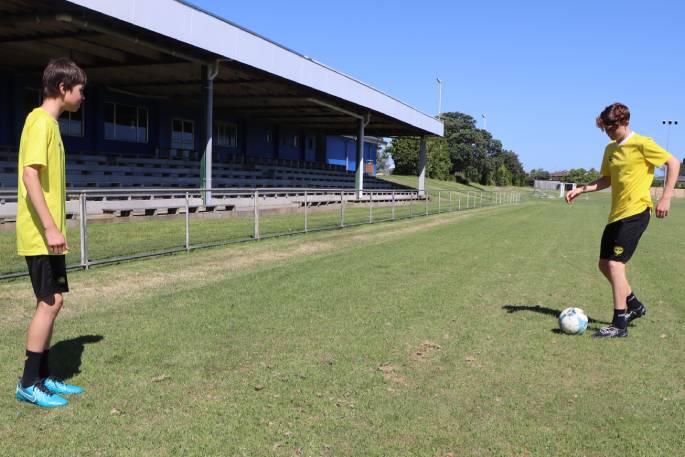 Oliver and Jacob have been playing their football with Tauranga City.

Jacob’s mother Janine says her son has been desperate to join the Phoenix for some time and that things fell into place for the entire family to head down, with his dad getting a work transfer.

“Football is his life,” says Janine.

“He learned to walk when he was 11 months old. A month later he was trying to run and by the time he was three he was kicking the ball around.”

Both mums have high praise for the team in Wellington, especially the academy’s technical director Paul Temple. They are aware, as are the boys, that getting into the youth set-up is no promise of a professional career.

But Janine believes the experience will be of huge benefit, regardless of the outcome.

“Most of the Phoenix boys do end up doing something pretty amazing even if it is not football,” she says.

“It is just all those skills you learn along the way. We are not expecting miracles but It is a great achievement for them both that they have got this far.”

The boys will also need to get used to more temperate climate, with puffer jackets on the shopping list. Both mums believe it might be perfect preparation for their ultimate football goal.

“Well if they want to go play in England they better get used to it.”

Good luck for the future Jacob, from a Saints fan! Buy your jerseys from Football Central now your in Wellington! ⚽️