Are toll roads a waste of time? 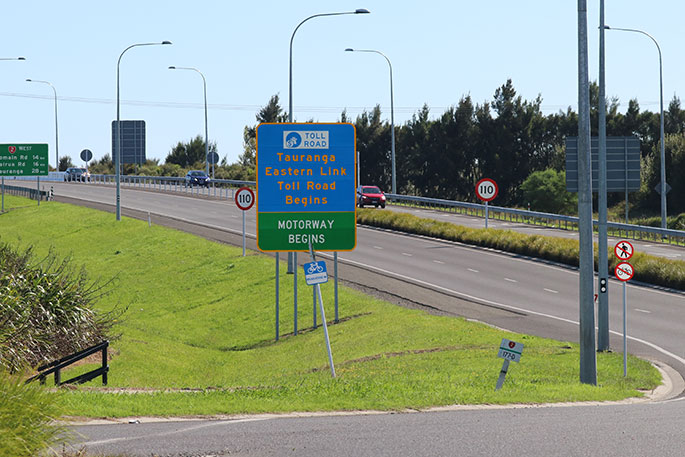 Another 20 years of tolls are ahead on three New Zealand roads which collect millions of dollars – though one car safety commentator says the charges are inefficient and effectively a triple hit.

Aotearoa’s three toll roads are all in the North Island and add up to just 27.5km of road: Tauranga’s Eastern Link and Takitimu Drive, also known as Route K, and the Northern Gateway – north of Auckland.

“Let’s be perfectly clear, the most efficient way of building a new road is for the government to borrow money and then get the road built.

“Interest rates are very low at present and governments can almost always borrow cheaper than corporations.”

Matthew-Wilson says as motorists are already paying for the national roading network through rates and fuel taxes, toll roads are effectively a triple charge.

“Toll roads are a very inefficient way of building new highways. That’s because the costs of collecting the tolls typically swallow between 10-30 per cent of the income.

“By comparison, every motorist driving a petrol or diesel car is effectively paying a toll already. Because this fuel tax is being paid at the gas station, it’s very cheap for the government to collect compared to tolls on a road.”

Waka Kotahi New Zealand Transport Agency says tolls on the three roads would be removed once the loans were repaid, or in the case of Takitimu Dr, when $65m plus costs were recovered.

The current prediction shows this won’t be until 2045. The first to likely clear its debt is Takitimu Drive in 2041, then Tauranga Eastern Link in 2044, and Northern Gateway a year later.

Unpaid fines from toll roads over the past five years add up to more than $4.33m.

Matthew-Wilson says tolls means next to nothing to wealthy people.

“Toll roads are particularly unfair during a time of high housing prices, because many families are now buying homes far from the city and far from public transport. So, the savings in housing prices get eaten up by unfair increases in transport costs.”

The debt component of the Northern Gateway, which runs from Orewa and ends after the Johnstone Hills near Puhoi, was $158m.

Tauranga Eastern Link had a $107m debt component, and is a section of State Highway 2 running from an interchange near Pāpāmoa to the Paengaroa roundabout. 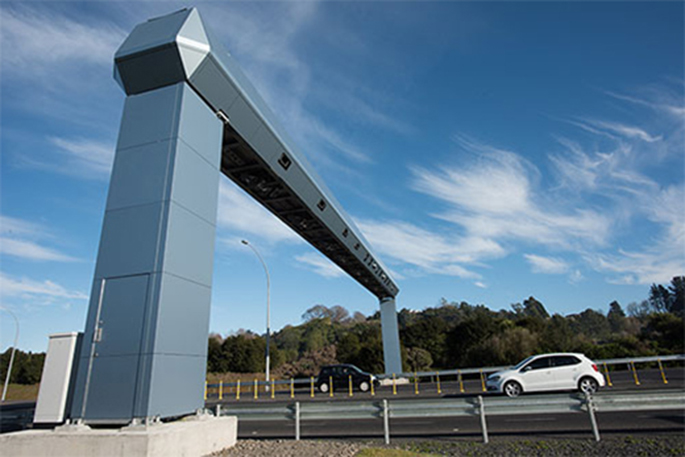 Takitimu Drive was built by the Tauranga City Council and bypasses central Tauranga to takes traffic towards the port and Mt Maunganui. It was purchased by Waka Kotahi in 2015 for $65m.

Waka Kotahi says revenue collected from the tolls and fines was used for the repayment of debt and principal and related interest costs, as well as personnel costs, transaction charges, information technology costs including support, maintenance and upgrades of that technology, and other administrative costs.

New Zealand Motor Association’s Martin Glynn says toll roads are not necessary, but in theory, could deliver value by enabling a road to be built earlier than funding would otherwise allow.

“A toll road should only be used where there is insufficient funding to build the road in the near future and there is sufficient demand to meet a significant proportion of the road’s costs from tolls.”

Glynn says each road needed to be assessed on its merit but that generally New Zealand’s low traffic volumes outside the main urban areas meant tolls wouldn’t meet more than a minor proportion of the cost of building a road.

“And, within our urban areas, new roads are unlikely to offer the sort of travel time savings compared with alternative routes to make tolling viable.”

For a toll road to be built in New Zealand, there must be a free alternative route available as well.

The Government announced Penlink, which will provide new access from Auckland’s Northern Motorway to the Whangaparāoa Peninsula, will be operated as a toll road when it opens in 2026.

Other roads Waka Kotahi is considering are Takitimu North Link stage one and Ōtaki to north of Levin.

I actively try avoid using toll roads mostly because if I did use them (which would be infrequently), the process of paying the toll is so cumbersome and awkward. In Australia you get a transponder which you load with a suitable amount of money, and this gets debited every time you use the toll road. Far simpler and easier to use.

Something is seriously weird with the maths. If Waka bought Takatimu for $65m and the annual grab is $8m. 20 more years is at least $160m... Are the numbers wrong or should Waka be renamed WakaRipoff?

I’m all for toll roads because they are far quieter and therefore allow quicker travel times.

Tolling is corrupt and inefficient

Tolls are corrupt in that users are paying three times and not all who benefit are paying. Tolls limit the benefit of a road as many avoid, putting greater load on untolled options. Tolls restricts the ability to add future exit and enter points. Take the tolls off Route K and watch the further transfer of vehicles off Cambridge and Cameron Rd. The reduction in traffic enhances safety and reduces maintenance costs. Note: We ONLY have tolls on the Eastern Arterial as TCC and the WBOPDC had the construction date brought forward 5 years to enhance their property values and development at Te Tumu, which is turning to custard a bit. Certainly was not a priority over the delayed Northern Arterial nor based on traffic flow needs.