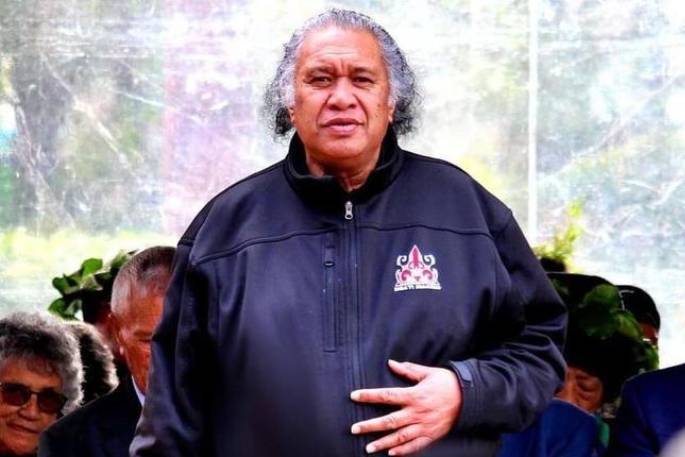 Muriwai Ihakara, one of the titans of kapa haka and Māori culture and arts, has died aged 63.

His death is being described as both a huge loss to Māori arts, and the wider te ao Māori.

Muriwai's body was returned to Te Waiiti marae on the shores of Lake Rotoiti on Monday, where he will be farewelled at a tangi.

Muriwai was a kaumātua for Bay of Plenty iwi Ngāti Pikiao and Ngāti Makino, which he also represented on governance entities.

He was well-known as a pillar of knowledge for Māori arts and for his decades-long involvement with kapa haka, for which he was one of the foremost composers and proponents.

He led his Ngāti Pikiao group, Te Hikuwai, to Te Matatini national competition in 2017, and has judged the competition for several years.

Muriwai was also a former chair of Te Kura o Rotoiti, and served in governance roles for both Ngāti Pikiao, which is based around Lake Rotoiti, and Ngāti Makino, on the coast at Maketū.

In a statement, Ngāti Makino iwi authority describes him as a dedicated and tireless worker for his people.

"[He was] A humble and compassionate leader who quietly led from the front while ensuring that those who were working at the back were well supported and taken care of.

"Muriwai leaves us with a great sense of loss and sadness but also a huge sense of purpose and pride that we intend to uphold."

He also represented Aotearoa at the Pacific Festival of the Arts, and was also a senior Māori leader at Creative NZ.

Ngāti Whakaue leader Monty Morrison described his death as a great loss for the wider Te Arawa waka, and Māoridom in general.

"Certainly Muriwai Ihakara's passing is a blow not only to his own people but to us in Te Arawa, you know, [he made] major contributions for the country in kapa haka and in his work for Creative New Zealand," says Morrison.

"He will be sorely missed."

In paying tribute, Waiariki MP and Te Pati Māori co-leader Rawiri Waititi described Ihakara as the epitome of how haka should be performed.

"Muriwai was right up there as one of the best. I took a lot from his style as he used his entire body to haka," he wrote on Facebook.

"From his head to his toes he would be quivering, trembling, shaking, eyes like headlights."

Associate Minister for Arts, Culture, and Heritage Kiri Allan has expressed her great sadness and deepest condolences at the passing.

“Muriwai’s passing is not only a loss for the wider creative sector but for all of Aotearoa New Zealand. The country has lost a much beloved kaumātua, kaiārahi and tohunga,” says Allan.

“His death leaves a huge void. Muriwai was a renowned kapa hapa expert and a passionate and highly respected te ao Māori advocate.

“He was humble, generous and influential across generations. His was a mighty and powerful voice and he was instrumental in creating opportunities for Māori to thrive in the arts.

“The significant legacy Muriwai has left behind, alongside the mātauranga Māori that he’s passed on, will continue to benefit future generations of Māori to come.

“My thoughts and aroha are with Muriwai’s whānau and loved ones,” Kiri Allan said.