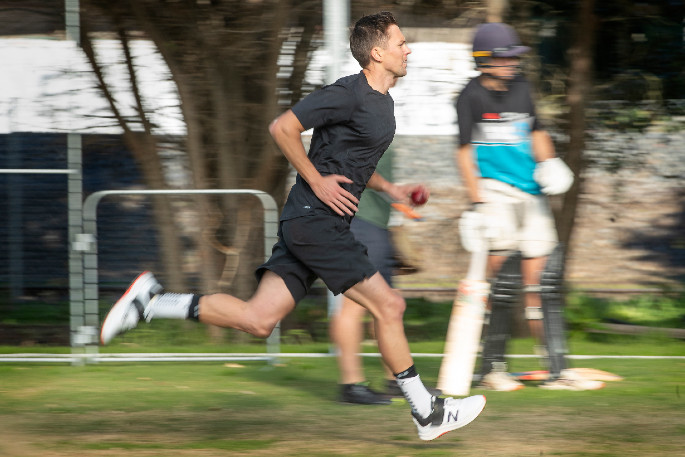 One of the Bay of Plenty’s top sportsmen has joined an illustrious club, as Trent Boult became only the fourth man to claim 300 Test wickets for the Blackcaps.

Boult took five wickets as New Zealand took complete control of the second Test against Bangladesh in Christchurch, bowling the Tigers out for 126 in reply to New Zealand’s first innings score of 521.

Boult achieved the feat by hitting Mehidy Hassan’s off stump, his fourth of the innings.

Speaking after the day’s action, Boult says the achievement “means a lot” but was also reluctant to talk too much about his accolade, preferring to focus on the team’s overall performance.

“It comes with a bit of hard work and a bit of pride in your performance and fitness and other stuff.”

He says it was “very special” to reach the achievement with a fellow member of the 300-club, Tim Southee, also out in the field.

“To join the names with Daniel and Sir Richard is very special. But a winning feeling of winning test matches in New Zealand and getting back in the series is really special as well so that is definitely the focus at the moment.”

Boult, an Otumoetai Cadets player when possible, took his first Test wicket in December 2011, bowling Australia’s Michael Hussey before eventually taking four wickets in the match as New Zealand secured a first Test win over Australia across the ditch since 1985.