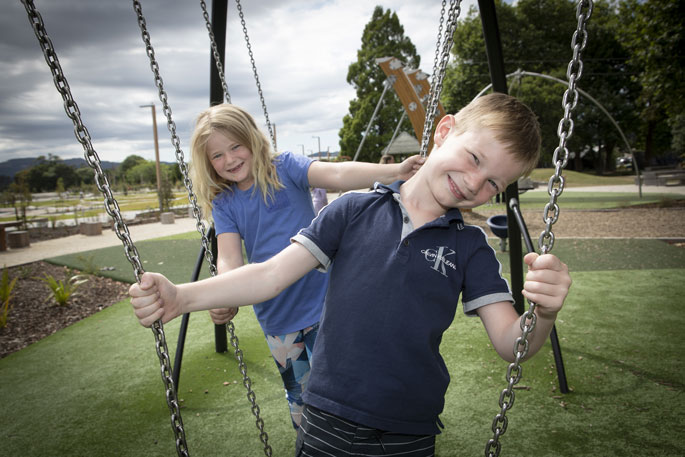 Out-of-towners are flocking to the new Rotorua lakefront playground, and it’s proving to be a hit.

The $40m lakefront redevelopment project, being completed in stages, opened its newest addition – the playground – on December 17.

Aucklander Sarah King visited the playground on Friday with her children Manaia, 15, Ruby, 12 and Coco, who is six. 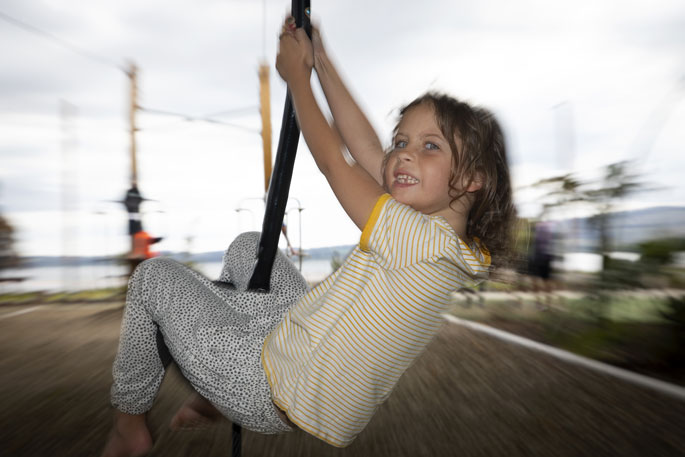 King, on a visit to Rotorua that had been postponed multiple times due to Auckland’s lockdown, sas the new playground is “amazing” and hopes to find a similar playground back home.

“There’s something for everyone with the basketball court and scooters and picnic barbecues. It’s a great family area.”

She says she didn’t want to see railings on the lakefront boardwalk for children’s safety because it would “ruin the look of it”.

“It’s about being aware of what your kids are doing.”

Cain and Shaney Anderson, also from Auckland, were staying at a nearby hotel and brought their two children Stevie, eight, and Phoenix, seven, to the playground.

“We can kill a couple of hours for free here. If the kids are happy, I’m happy,” Cain Anderson said.

Shaney Anderson says she likes the lights on the redevelopment at night but she thinks a water feature play area for children would enhance it further.

“It’s pretty amazing compared to what it was. It’s a decent upgrade.

“There’s so much going on. I love Rotorua.” 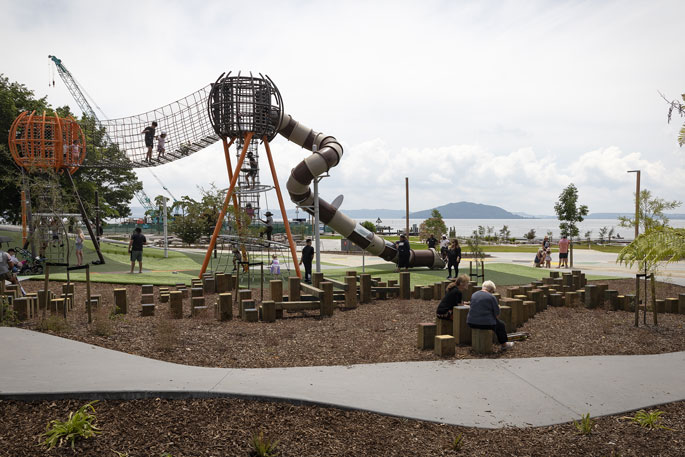 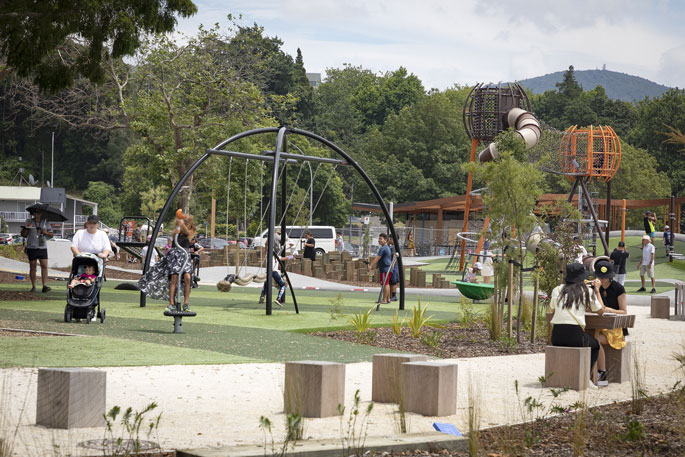 He says their response has been “so far, so good” and he wishes Whakatāne had a similar offering.

Also from Whakatāne, Cheryl Hayes visited the playground with her son, August Harrison, along with grandparents Paul and Jackie Harrison and family friend Lesley Houlahan, who were from Whangārei.

Hayes says she had seen a photo of the playground online and thought “we had to come and check it out”.

“It’s pretty awesome. It’s just a shame there’s not an interactive water play area. I’m not faulting it at all though, although there’s probably not enough shade.”

Hayes believes the overall redevelopment is worth the money spent on it and she plans on returning with her other child in the near future. 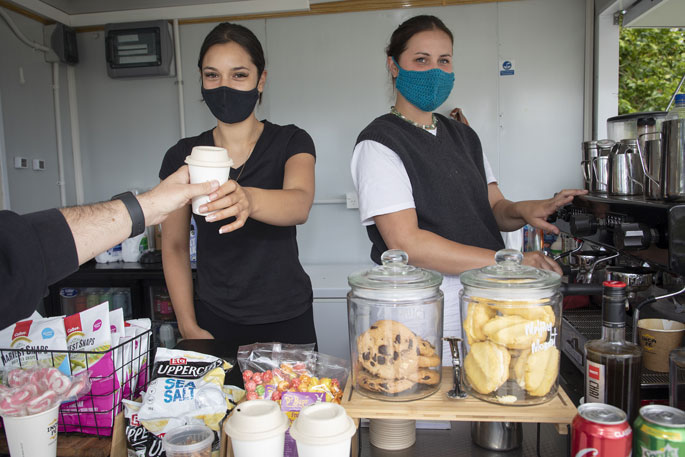 On Friday, Grounded baristas Mere Harvey and Sivahn Lee were churning out flat whites for watchful parents and grandparents.

Harvey says the pop-up coffee shop has been “pretty busy” since the new playground opened, with a “steady” stream of customers.

With temperatures high over the weekend, iced drinks had been a popular order, she says.

Rotorua Lakes Council, which oversaw the lakefront redevelopment project and contributed $20.1 million, while the Government contributed $20.9m via the Provincial Growth Fund.

On Friday, the council was asked if it had or would consider a water play area or more shade near the playgrounds, as well as what the next parts of the redevelopment would bring and what impact it believed the project would have on tourism.

A council spokeswoman says the people able to respond are on holiday until next week and could not respond until then.

Rotorua mayor Steve Chadwick says she took a series of visitors to the lakefront who “raved” about it.

“One evening after dinner we went and saw every barbecue table in use. It was inspiring.”

She says the lakefront was already a “must do” for visitors and the response to it is “even greater” than what she had hoped for.

“There are not many places where the city is [by] a lake. Tourism and the environment can be symbiotic on a lake.”

The lakefront redevelopment began in October 2019 and was divided into five stages. 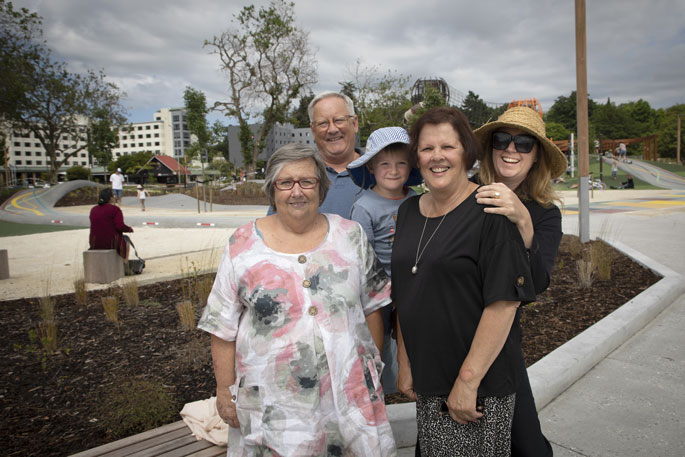 Designed by Isthmus, the development began with the upgrade of the lakefront walkway, boardwalk and terracing. That stage opened in July last year.

A council statement in December said a new toilet block is likely to open in late January and in the new year, work will begin on a toddler playground where the existing Volcanic Playground is.

Work is continuing on the extension of the western part of the boardwalk, and it is hoped that part of the redevelopment will give investors a chance to place cafes, restaurants or bars near the lakefront.