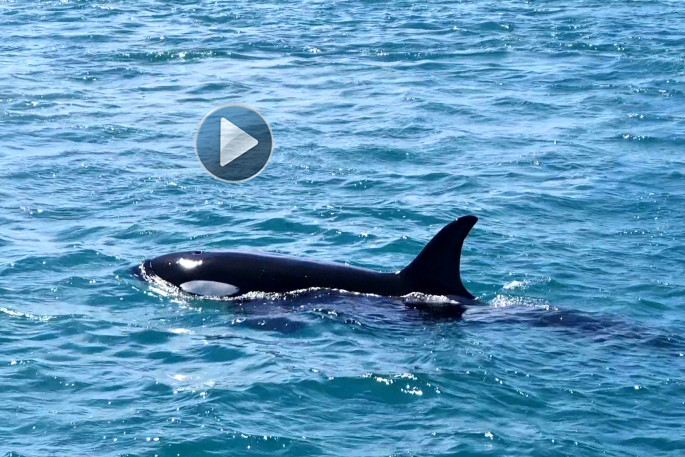 A pod of orca were seen in Tauranga harbour on Saturday. Photos/Video: Angelina Ranzinger.

A family outing on the Tauranga harbour turned into an unforgettable experience for Angelina and Enej Ranzinger on Saturday when they found the boat they were in surrounded by orca.

“Craig and Gaylene Haggo and their son Neeson invited us out for the day on their boat, the Black Pearl,” says Angelina.

The couple also took their five-month old baby on the day trip with their friends.

They saw the pod of orca towards the end of their outing on the water.

“We went swimming from the boat by Matakana Island earlier in the day and saw a lot of stingrays,” says Angelina.

Stingrays are known to congregate in the shallows on the harbour side of Matakana Island. 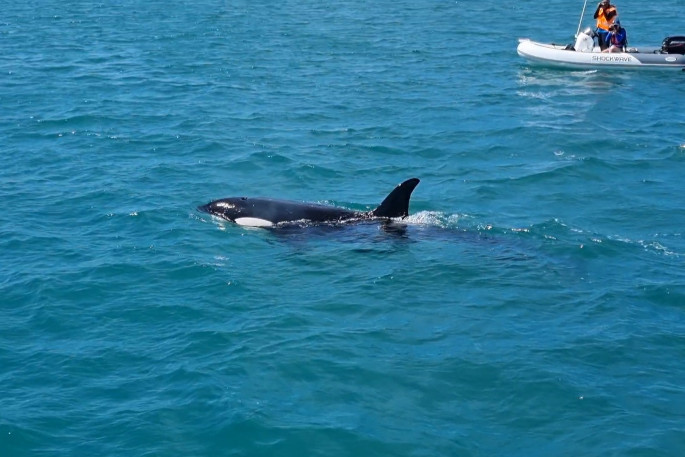 Angelina, who was first to see the mammals in the water, didn’t immediately realise that she was looking at orca.

“I saw it first, thought it was a shark and pointed it out to the rest of the crew,” says Angelina.

“After a couple of seconds I realised it was too big to be sharks. Everyone got really excited because you normally pay a lot of money to go on a boat to see a whale up close, so we were really excited.

“We stopped the boat about 200 metres away from them, and the orca came up to us. They swam around the boat for about a minute. There were about six but only one of them came up close to us.”

Angelina says that one large orca had its fin flopping to the side. This orca has been frequently seen in the Tauranga harbour with its pod, hunting stingrays.

‘I have never seen an orca before, just in movies,” says Angelina. “I tried to show my baby but he was asleep; he decided to wake up just as they left.”

Those on board had their cameras out taking photos.

“It was very cool, it was an awesome experience. All of us were really excited,” says Angelina. 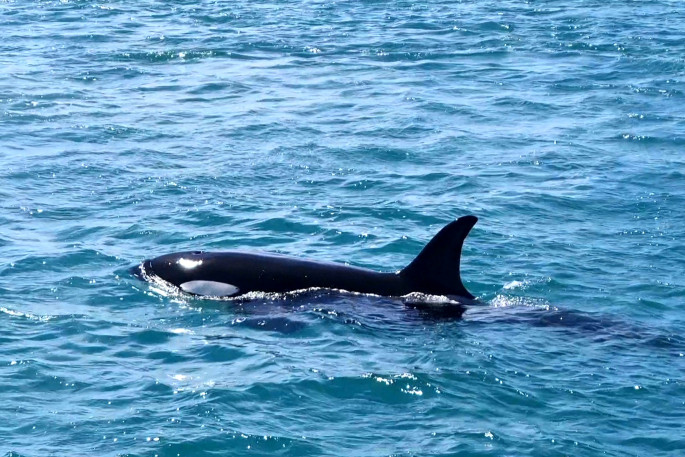 Not a single person wearing one and why on earth take a 5 month out on a boat? Hopefully they had an approved life jacket for a baby.

After reading yesterday about the numerous shark sightings AND warnings about NOT swimming near Matakana Island I could not believe these people went swimming there!! This is another reason why owners of boats need to be licenced!! How careless are people??This trip could have had a very tragic outcome….. boaties PLEASE use your common sense.