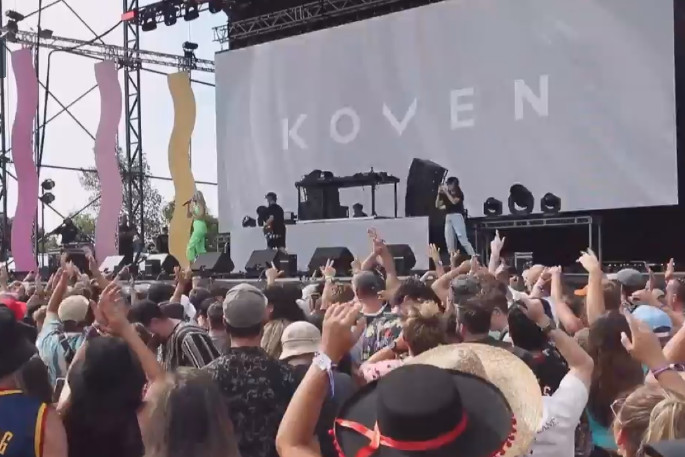 The risk posed by the drum and bass festival in Tauranga’s Wharepai Domain on January 3 has today been downgraded. Photo: Supplied.

The Ministry of Health has revised the public health advice given on Saturday about the drum and bass festival held in Tauranga.

"A reassessment of the risk posed by the drum and bass festival in Tauranga’s Wharepai Domain on January 3 has today been downgraded to asking all those who attended the festival to monitor for symptoms and to get tested if any symptoms develop, no matter how mild," says a Ministry of Health spokesperson.

"Any festival attendee, without any symptoms, no longer needs to get tested and isolate at home until they receive a negative result."

The reassessment follows a review of the risk, particularly given the festival was held in accordance with the rules for outdoor events under the Covid Protection Framework including the use of vaccine passes for entry; the fact that no other cases have since been linked to the festival and the initial test results of the 11 close contacts of the Wellington case are all negative.

The 'Locations of Interest' listing now reads as 'Netsky, Hybrid Minds, Montell 2099, Friction, Koven and more Tauranga' with the time period given being 2pm Monday January 3 to 12am Tuesday January 4.  It previously had Mount Maunganui instead of Tauranga in the entry, despite Wharepai Domain, where the festival was held, located on Cameron Road, Tauranga.

The previous announcement was made during the Plane Sailing festival at Victoria Park in Auckland on Saturday evening, where most of the same groups listed as a 'Location of Interest' were performing.

"The Ministry appreciates and thanks anyone attending the festival who has already been tested," says a Ministry of Health spokesperson.

Festival attendees who have received an orange COVID-19 tracer app notification or who’ve been given advice by public health should continue to follow the advice provided.