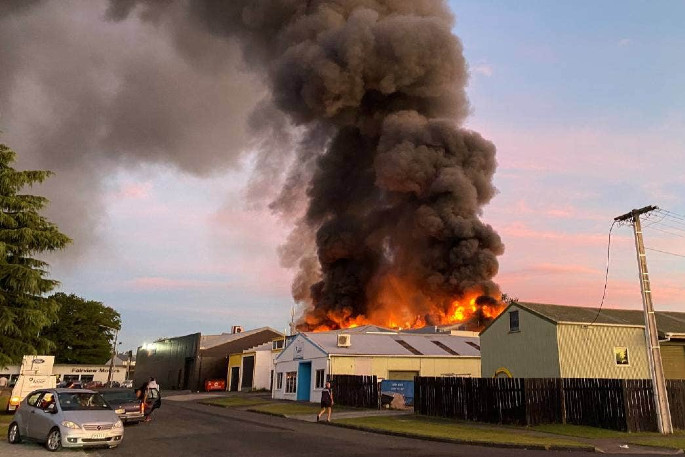 A commercial building on Firth St in Matamata was engulfed in flames on Saturday night. Photo: Jacqui Griffin/Supplied

Fire and Emergency New Zealand crews have extinguished a large fire at a commercial building in Matamata.

“The fire is now extinguished, and the crews are carrying out an overhaul,” Fire and Emergency spokesperson Paul Radden confirmed about 11.40pm on Saturday.

Earlier on Saturday night, just after 10pm, Radden said about 50 firefighters and 12 fire trucks were battling the blaze.

The fire had occurred at a 100x30 metre commercial building, he said.

The building is divided into three units.