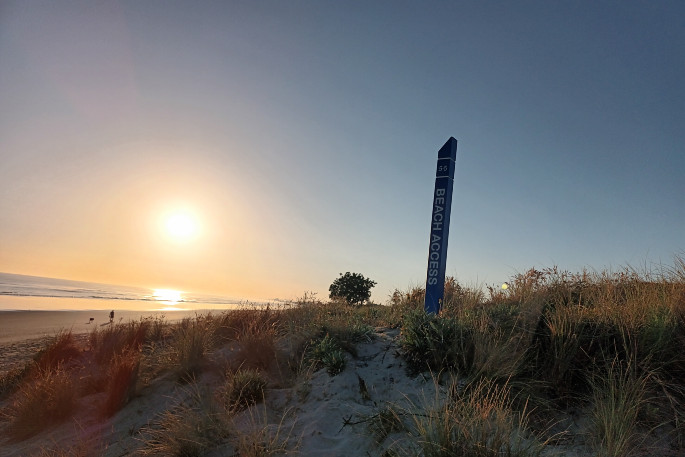 The beach access marker at Omanu Beach near where the man was found in the water. Photo: Mathew Nash/SunLive.

Update, 10.50pm  Police have now identified the man who was transported to hospital in a critical condition after being found unresponsive at Omanu Beach, Mount Maunganui today.

Police would like to thank the public for their assistance.

The man was transported to Tauranga Hospital following being found unresponsive in the water at Omanu at around 3.10pm.

The man was in a critical condition, and treated at the scene by ambulance workers before being taken to hospital.

A towel which was believed to belong to the man was found along the beach, but Police didn't know his identity. 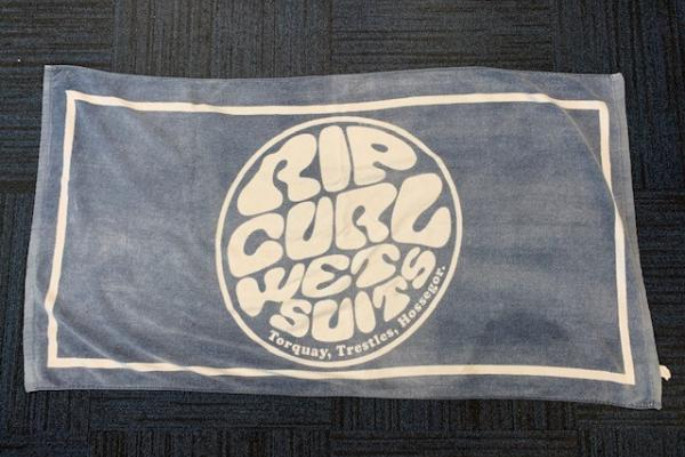 A towel found at the beach was believed to belong to the man, and was used by Police to ask the public to help identify him. Photo: NZ Police.

Earlier 7.40pm: Police are seeking information from the public to identify a man involved in a water incident at Omanu Beach today, Saturday January 8.

About 3.10pm a man, believed to be in his 20s, was found unresponsive in the water and was transferred to Tauranga Hospital by Ambulance in a critical condition.

The towel pictured was located nearby and is believed to have belonged to the male.

As there were no other possessions with it Police believe it is likely the man lived or was staying nearby and has walked to the beach.

Police conducted enquiries with those at the beach following the incident but were unable to establish the man's identity.

Anyone who recognises the towel pictured, or who knows of a person fitting the description who has gone to Omanu Beach at Mount Maunganui and not returned, is asked to contact Police on 111 and quote event number P049239934.