Dramatic drop in bath salts being sold as MDMA 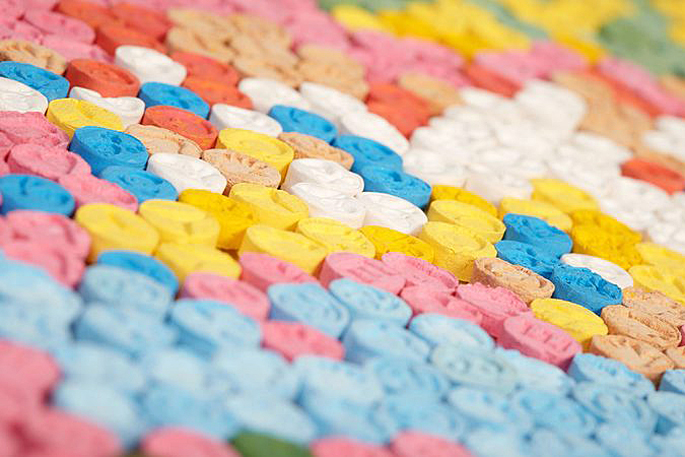 Drug testing organisations have seen a dramatic drop in the prevalence of eutylone - a synthetic drug often referred to as "bath salts" and sold as MDMA.

It comes as festival-goers spend their first summer under a law change, which allows drug testing services to legally operate.

Managing director of Know Your Stuff Wendy Allison told Morning Report that the drug testing service had found a dramatically smaller amount of eutylone in the supply of MDMA.

"Last summer, we saw in the end 25 per cent of the samples brought to us as MDMA turned out to be eutylone and at some events it was up to 50 per cent.

"This year we're looking at around 10 per cent so one in 10 is the chance of MDMA being eutylone," Allison says.

She says the service did not identify any new cathinones of great concern in the recreational drug supply over the summer season.

Earlier this year, law changes were made to allow drug testing services like Know Your Stuff to legally operate at music festivals.

Allison says the law change has enabled the service to collaborate, expand and increase testing capacity.

"What the law change has done has allowed us to expand and has also allowed other organisations to move into this space which means the service is more available and that has increased the amount of testing that we're doing.

"The other thing that I think is really cool is it has allowed us to openly collaborate with other organisations such as St John and event management to make sure a network of information sharing is going on."

Allison says if Know Your Stuff volunteers identify a dangerous substance circulating at an event they can now quickly provide advice to medics and event management.

Last year, the service raised enough funds to purchase two additional spectrometers, which are used to identify different chemicals, but Allison says they are still unequipped to cope with the massive demand from events over summer.

"We only have access to five (spectrometers) and that number of spectrometers is what is now limiting our capacity to attend events especially at busy times like New Years where there's eight or nine events at once - we just can't get to all of them."

Despite a lack of equipment, she said the volunteer-run service was still in for a busy period over the rest of summer.

"There is this odd perception that New Years is the start and end of the festival season and it really isn't, we've got more work in front of us than behind us at the moment."

Allison says the service will have their work cut out this year with some large scale festivals such as Rhythm and Vines postponed until Easter.