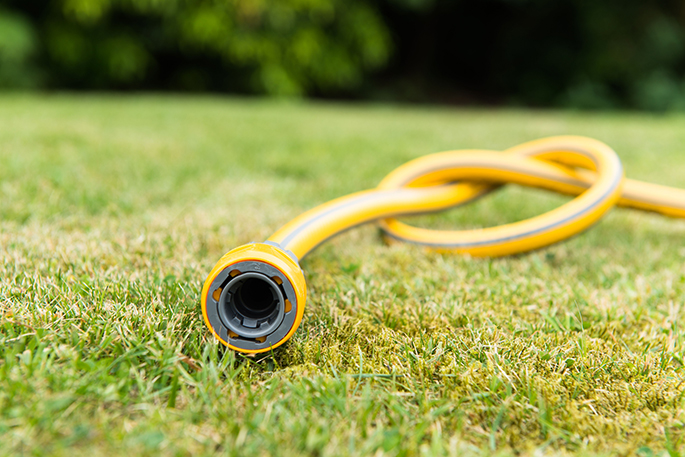 Usually during the summer period, the city experiences a 30 per cent spike in water use with people using more water outdoors.

Tauranga City Council is urging residents and visitors to follow the Water Watchers Plan and save more water.

Despite the sprinkler ban already in place, the flow levels of the streams that provide our they with water are at record lows and due to the particularly hot and dry period of weather we are experiencing, and with little rain in sight, council says "we need everyone to do their part to conserve water".

Usually during the summer period, the city experiences a 30 per cent spike in water use with people using more water outdoors.

The city is rapidly reaching that number, which is unsustainable this summer due to low stream levels, says water services manager Peter Bahrs.

"After three dry summers, and the hot weather we have been experiencing this season, the flow level in the streams that the city draws its water supply from are at record lows.

"We want to thank those who are playing their part and following the Water Watchers plan to help reduce their water use. We need everyone to follow the plan as a minimum, and to save more water wherever they can.

"We’re trying to prevent the need to introduce tougher restrictions, but if people don’t follow the plan and our stream levels become critical, we may have to do so."

In the event that the demand does not decrease and stabilise, Council will need to implement their emergency plan which will result in more severe outdoor water restrictions, including a hose ban.

In November 2021, the Council introduced its Water Watchers Plan, which replaces traditional outdoor watering restrictions with a year-round plan to help maintain the city’s water supply and provide everyone with clarity about how they can use water at home, at work, and in the community.

As part of the plan, sprinklers are banned completely from December to March, but handheld hoses with a trigger nozzle are allowed for a maximum of an hour between 7pm and 10pm.

Other outdoor water uses, such as filling pools as well as washing houses and cars, are also restricted.

The council is currently building a new water intake and treatment plant alongside the Waiāri Stream, near Te Puke, which is expected to be ready near the end of 2022.

Other potential water sources are also being investigated.

To find out more about the Water Watchers plan go to:
www.tauranga.govt.nz/waterwatchers

New houses plumbed to collect rain water for use and even grey water for gardens. If I was building and wanting a garden I would put such install measures like an underground storage tank. Very difficult on existing houses and more expensive but I’m looking at it.

1 - councils cannot legally reject a compliant building consent. 2 - per previous finding and research, Tauranga’s issue is that the streams feeding the city are seeing year on year reduction in flows - could be climate change, could be tectonic change, no one knows yet

Tauranga residents urge Tauranga City Council to suspend issuing consents for new builds until the infrastructure is upgraded......including additional water storage. The amount of water available per person each year is getting less.....not because of climate change, but because there are more and more people moving into the region!!