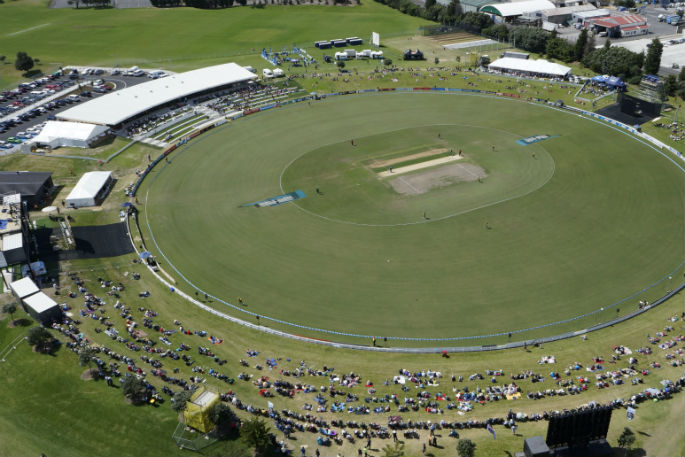 Black Caps are hosted Bangladesh in the first test at the Bay Oval. Supplied photo.

Bangladesh have claimed an historic victory over New Zealand in the first cricket test at the Bay Oval in Mt Maunganui.

The record-breaking nine-wicket win was the first time Bangladesh have claimed a test victory in New Zealand since they first achieved Test status 22 years ago.

In another historic moment, Bangladesh claimed their first win over a top-five Test nation away from home and their 16th Test win.

After starting the day at New Zealand 147 for 5, the Black Caps were bowled out for 169 leaving the tourists with a target of just 40 for their first ever win in New Zealand.

Ross Taylor went for 40, Kyle Jamieson no score, Rachin Ravindra 16, Tim Southee no score and Trent Boult 8, while Neil Wagner was nought not out.

Bangladesh lost two wickets in their chase with Shadham Islam caught behind off Tim Southee for three, while Najmul Hossain Shanto was caught in the slip by Taylor off Kyle Jamieson for 17.

The Black Caps hold the World Test Championship crown and and previously had an unbeaten home record spanning 17 tests.

The second Test starts in Christchurch at Hagley Oval on Sunday.

New Zealand, led by Tom Latham were without regular captain Kane Williamson, who was out with an elbow injury.

We batted just ok, then bowled poorly and then batted even worse. Congrats to Bangladesh. Was it a case of "just turn up and we will win". ?

they didn’t just beat them. they thrashed the bcs