Will it be a fintastic fishing year? 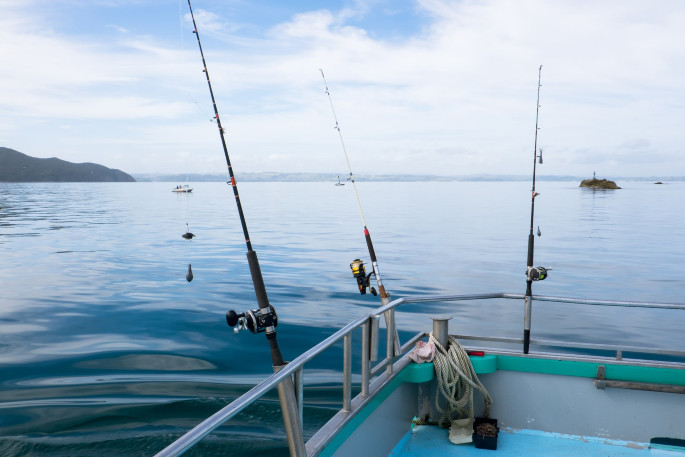 A marine heatwave is happening all around New Zealand. Warmer waters are more pleasant for swimming in and can create wilder weather.

But what do they mean for fishing? NIWA researchers dive into the science behind getting a good catch.

"Sea temperatures have been 4°C above average in some coastal areas and it looks like warm seas are going to be with us throughout the summer season."

This is because of the La Niña event occurring in the Pacific, which tends to cause more sub-tropical, northeasterly winds and high air pressure around New Zealand.

It brought warm air temperatures and high humidity during December.

"In summary, this means we will probably have different kinds of fish swimming around our coasts," says fisheries scientist Darren Parsons.

"Fish respond over the long-term, moving down south to maintain the temperature band that they like to be in. The ranges of red snapper and pink maomao are extending further south in response to warming conditions over the last few decades and it will be no different this year."

He says it’s not only species common in New Zealand that are on the move - it’s likely there will be more tropical fish too, which will be a delight for game fishers and divers alike.

"We’ll probably be getting some visitors from the tropics. Tropical species like warm waters, so they’ll be travelling further south. Expect more species such as marlin, mahi-mahi and little tropical vagrant species to turn up in Poor Knights Islands.

"Water temperatures also impact a fish’s metabolism. Their body temperature is the same as the water around it, so when they’re warmer, their metabolism speeds up. This means they need to eat more. This is great news for fishers - getting a good catch might be a lot easier this year. If the fish are hungry, they’re more likely to eat your bait."

Dr Parsons says it’s not only this year that people may be in for a good haul. La Niñas and higher water temperatures correlate with large spawning events for some species. Snapper, for example, do their spawning migrations in spring when the water reaches about 16°C, and in the past warmer years have led to more successful spawning.

"We can expect this year to be a another good one and in around five years, those fertilised eggs will have grown into fish big enough for us to catch. 2026 could be a bumper year - mark it in your calendars!"

He says shark sightings could increase too.

"If it’s nice weather and the waters are pleasant, more people will be out surfing and swimming. Just by being out in the water more, we’re more likely to see sharks. But sharks head inshore during the summer season anyway; some species follow the warm water to feed and give birth to live young. There may be more than usual because it’s a marine heatwave, but we can’t say for sure. What we do know, is that they will be there."

"So, there you have it - enjoy the waters, fish responsibly, and stay safe," says Dr Parsons.