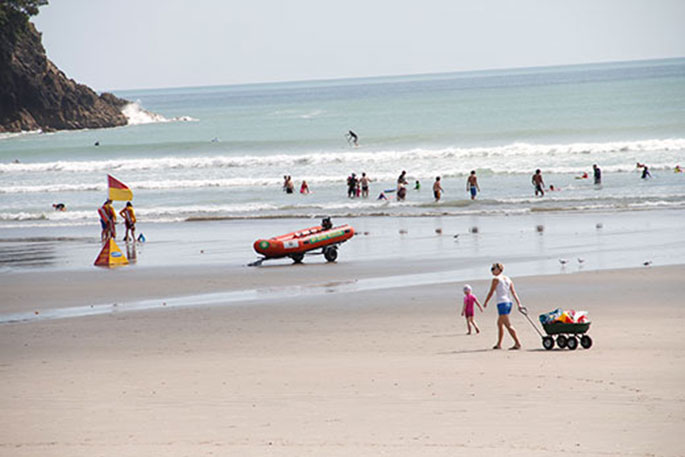 Police and surf lifesavers are responding to reports of an adult and child who may have got into difficulty while swimming at Waihi Beach.

A post on the Waikato Police Facebook page says, all swimmers have been withdrawn from the water.

Police are asking anyone at the beach who may have family members or friends missing to make contact with them or the surf lifesavers at the scene as soon as possible, says the post.

Surf Life Saving New Zealand's Faron Turner told Stuff a boy and his father were seen going into the water but not coming out.

This is the second water incident in the Western Bay of Plenty this afternoon.

A man has been taken to Tauranga Hospital in a critical condition after being dragged from the water at Omanu Beach.