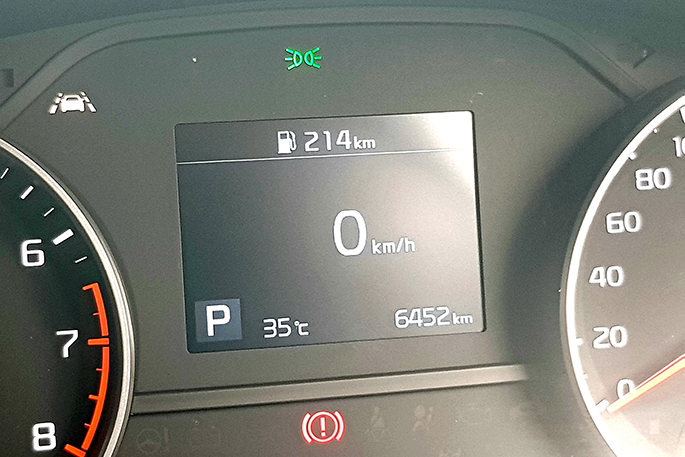 Some places have recorded 30+ degrees this week. Supplied photo.

Temperature extremes in Aotearoa New Zealand are happening far more often than expected, according to NIWA.

Researchers have analysed 70 years’ worth of weather data across the whole country to see how frequently extreme events, such as record-breaking heatwaves, are happening.

They found that they are increasing at a much faster rate than the mean average temperature.

In the last decade, there were on average four to five times more extreme high temperatures than would be expected in a climate with no long-term warming.

They discovered that New Zealand is experiencing dry conditions twice as frequently than expected on the east coast.

Lead author of the study, NIWA climate database scientist Raghav Srinivasan, says this work provides the data to back up the anecdotal evidence seen and heard about over the past few years.

"We instinctively know that we’re experiencing more hot, dry days and record-breaking weather events, especially as they’re often reported in the news. This study has given context to this by showing the frequency of these extremes and how they have changed over the last seven decades in New Zealand," he says.

NIWA publishes monthly climate summaries which report on the occurrence of extreme climate and weather events.

"In the last decade, NIWA has reported many record-setting high temperature extremes. We did this work to quantify those patterns and we can say much more confidently that climate change is no longer a thing of the future. It is happening to us now. The extreme events that we were once warned about are playing out across the globe, with droughts, storms and forest fires happening a lot more often than even just a couple of decades ago."

The global climate has changed, and human activities are estimated to have caused approximately 1.09°C of global warming above pre-industrial levels.

The study was published in Weather and Climate, New Zealand, co-authored by Dr Trevor Carey-Smith and Gregor Macara.

You are right and climate is always changing. But the changes have causes, it doesn’t "just happen". The point about the article is that the causes effected by Humans are responsible for an estimated 1.09 C raise in what WOULD have happened before industrialization. The planet has "suddenly" (less than 150 years on your 4.54 billion timeline) been required to support the pollution and resource consumption of nearly 8 billion people. How could we NOT be responsible for at least some of what is happening? If we don’t nuke ourselves to extinction, we are likely to pollute ourselves to extinction. It’s time to man up, take responsibility and DO something about it...

Climate is always changing. Has been for 4.54 billion years.