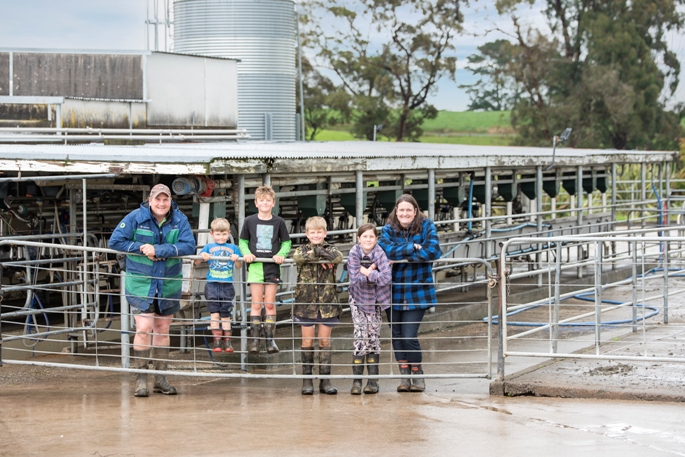 It’s Michael and Susie Woodward’s third season as farm owners, after they left their Canterbury 50/50 share milking position to buy 170 hectares near Otorohanga in 2019.

The Woodwards are Gold Plus level suppliers to Synlait and were finalists in the 2021 Waikato Balance Farm Environment Awards. They won the Bayleys People in Primary Sector Award and the Norwood Agri-Business Management Award.

Michael and Susie work on the farm, employing extra help during calving, and using contractors where required. The hard-working pair are also raising their four children, Kylie, 11, John, 9, Jack, 7, and Charlie, 4.

The farm is roughly equal thirds of steep, rolling and flat country, with Mairoa ash soils. They run 300 Angora goats and milk 300 crossbred cows. The two species are grazed sustainably with each contributing to the pasture management.

“With different soils and contours to Canterbury, we’ve had to review and change our farming practices,” says Michael.

Being part of Synlait has been beneficial to the farm in so many ways.

“Their four pillars under the Lead with Pride best practice system can be a little daunting at first, but it actually makes things easier in the long run,” says Susie.

The best practices cover environment, animal health and welfare, milk quality, and social responsibility. By milking once a day, this allows time to tackle other work.

“If you think of it as doing the basics and doing them well, using technology to record what you do, and to remind you when tasks are due, it actually removes stress from the job,” says Michael.

The Woodwards are creating Standard Operating Procedures for every process and job around the farm.

Sustainable grazing and self sufficiency

The goats can graze the steeper land, but as browsers, they take the seed heads off the pasture and will eat weeds such as dock, thistles, barbary, and gorse seedlings, so they can be put through the cow paddocks before the cows.

The smaller droppings, different worm issues, and minimal ground damage caused by goats, ensures the cows can go through and eat the lower parts of the pasture they require.

“To keep PK free, we’ve found a pellet feed suitable for both cows and goats and can request different recipes depending on the seasonal mineral supplements required,” says Michael.

Each year they make 300 large rounds of baleage and grow chicory and lucerne to supplement during drought. To be standalone, Michael reckons they need to make 500 baleage rounds, but a wet summer is needed to sow more pasture.

With the farm sitting at the head of a catchment area leading to the Mangawhero Stream, the Woodwards acknowledge a responsibility to properties downstream.

Susie says they have widened the distances from the stream edge to the fences as they have been systematically replacing fences and carrying out riparian planting around their waterways.

To avoid blanket coverage, GPS technology is used for proof of placement fertilising, and spot weed spraying is carried out, with manual thistle grubbing a regular family chore.

Worms can be an issue with the goats, and they are selectively drenched after faecal egg counts. Calves are all drenched and weighed monthly to monitor growth.

The farming year is balanced around the needs of the goats and cows and streamlined for Susie and Michael to manage this. The goats are shorn in July, so it is out of the way for calving, and the goats give birth in September after calving, and are shorn again in January.

Mohair, the fibre from Angora goats, is a valuable commodity, and the Woodwards receive and class the mohair from 60 per cent of New Zealand’s mohair producers. 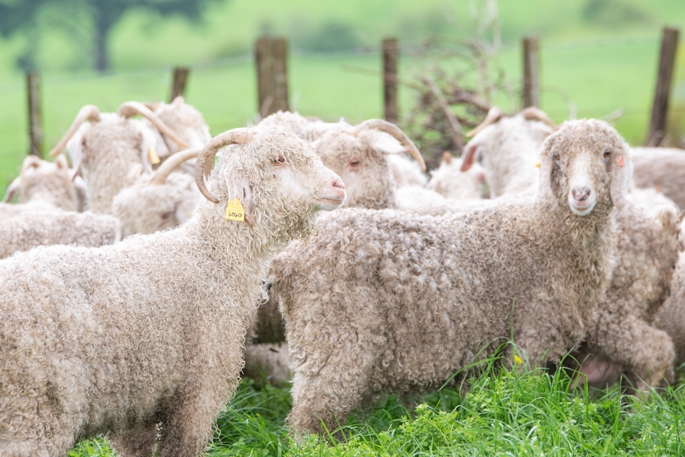 The partnership with Synlait involves an in depth three yearly audit, and a shorter yearly one. Susie believes their record keeping identifies problems quickly and fix them.

“Records of things like our vat milk temperatures and well water levels, a WoF on our effluent system, blood testing for minerals, up-to-date hazard maps, and cultures for mastitis, are all small things individually,” Susie says.

“However, they allow us to identify an issue fast and act fast before it becomes a bigger issue either with animal health, or our farm environment, or our milk quality - all of which can cause a financial issue,” says Michael.

The couple hope to take on a full-time worker in the future and are preparing for that by ensuring they use a properly accredited employment process, with workplace training and goal setting. They want to provide a career path for future staff and build a strong business for their family.

“Often it’s the simple things and not the big showy things that make the biggest difference,” says Michael.