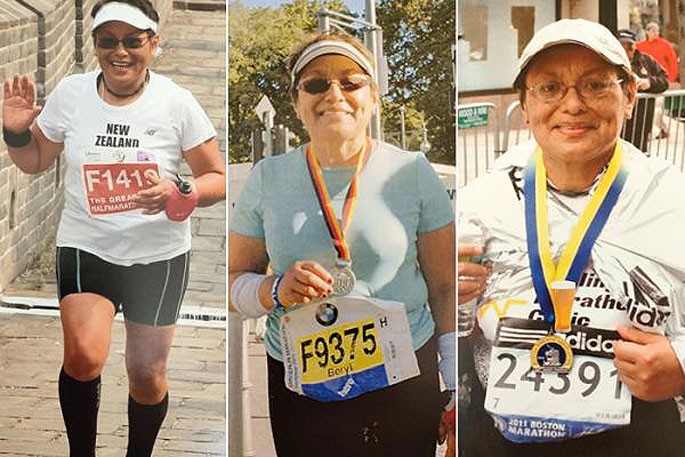 Beryl ran her first half marathon when she was 47 and her first marathon at 53. Photos: Police Ten One Magazine.

A desk job as a finance coordinator in Support Services hasn’t stopped Beryl (Te Aupōuri) living an active life, travelling the world to run marathons, regularly winning medals in track and field events, and focusing on staying fit and healthy.

“I’m ageing better,” says Beryl, who at 73 can dead-lift 100kg, and is challenging herself to improve her hammer-throw skills. We had to find out more...

Tell us about the marathons you’ve run.

I’ve completed 10 marathons in New Zealand, two in Sydney, then I did Paris, London, New York, Chicago, Boston, Berlin, and Big Sur California. I started the Tokyo marathon but I got pulled off at 30 kilometres as I was two minutes under the cut-off time – so that was disappointing. My last marathon was in South Africa when I was 69.

My 60th birthday prompted me to enter overseas marathons. I’d always wanted to go to Paris so I decided to go there for my birthday and do the marathon – and a week later the London Marathon.

So I started travelling overseas for marathons then taking a holiday afterwards as a reward. Completing those two marathons a week apart I rate as one of my best achievements.

How did you get into marathons?

I started running half marathons when I was 47. Before then I’d played team sports, but decided to shift to an individual sport. It was thanks to my neighbour that I moved from half-marathons to full marathons when I was 53. I saw he’d lost a lot of weight and asked about it. When he said he was training for the Rotorua marathon, I said “We’ll do it together!”

We knew nothing about training for distance running, we just went out and did runs, then we did the marathon – it was incredibly hard, but because we were both there we both persevered to the finish.

My neighbour never did any more marathons, but I continued because I told myself, “I’ve got to do better.” I joined Wellington Marathon Clinic and found a marathon plan online to help me prepare.

At 70, I registered for the Masters Games. My first race was the 400 metres and I beat the other two I was against. Now I’ve branched out into the throwing events – javelin, discus, shotput, hammer, and weighted throw.

It’s good to win, but for me it’s more about the fun of doing it, being around people the same age and doing the same thing.

What do you get out of it?

I enjoy it! I get a lot of satisfaction from achieving well. As well as the two marathons a week apart which I’ve mentioned, I’m proud of other achievements like coming in the top 10 in the ‘Oxfam 100 Kilometres In 24 Hours’ for my 65th birthday.

I do it to keep fit, healthy and live a long life. I also do it to be a role model for my grandsons, and I’m proud to say they’ve both achieved well in rugby, playing under-18s for Wellington and NZ Māori. We proudly affiliate to Te Aupōuri iwi. 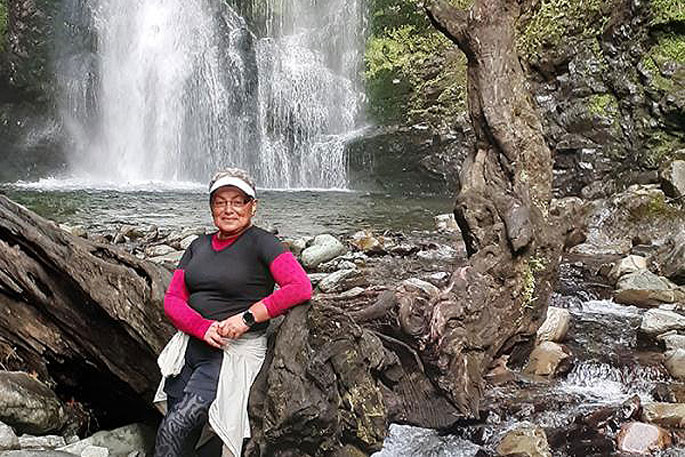 Asked for her tips for others looking to start their fitness journey, Beryl says: "Try to exercise at the time of day that suits you – I’m not a morning person, so I exercise in the afternoon or evening."

Any tips or advice for others?

Try to exercise at the time of day that suits you – I’m not a morning person, so I exercise in the afternoon or evening.

Set a goal, then set your mind to get it done. For me, the goal of every marathon was to get to the end and get the medal.

Think longer-term. I want to be around for a long time, so I need to be fit, active and have a good diet.

And just get out there and do it!