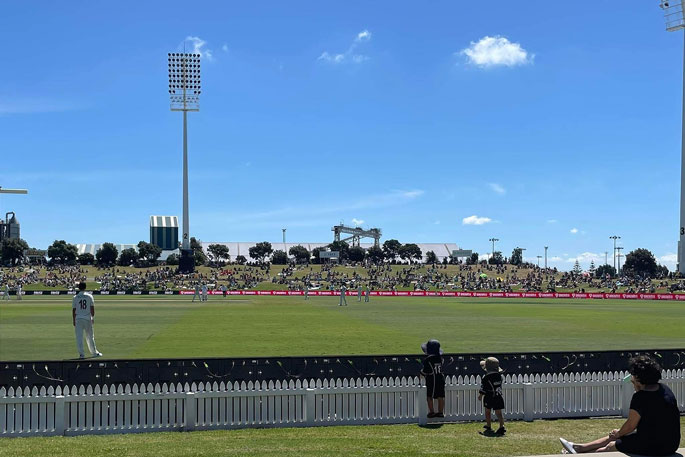 Trent Boult going to the field at the Bay Oval on Sunday. Supplied photo.

The Bangladesh batters' patience has put the visitors in a prime position at stumps on day two of the first cricket Test against New Zealand in Mount Maunganui.

Bangladesh will begin the third day of the Test 153 runs behind New Zealand's total, thanks in a large part to a 104-run second wicket partnership.

After setting a strong foundation on the first day of the Test, including a century from the returning Devon Conway, New Zealand lost their last five wickets for 70 runs on Sunday.

The Black Caps were all out for 328 in their first innings.

Henry Nicholls pushed on from his overnight score of 32 to bring up his 12th half century before he was eventually dismissed for 75.

Rachin Ravindra was the first to fall on day two, dismissed for four, 15 minutes into the day's play for Shoriful Islam to claim his third wicket.

Off-spinner Mehidy Hasan then did the damage for Bangladesh.

He dislodged Kyle Jamieson after the drinks break for six and Tim Southee was also out for the same score four overs later and Neil Wagner followed Southee out on the next ball for a duck.

Nicholls was the last man out to end New Zealand's first innings before the lunch break.

The opening pair put on a 43-run partnership which was broken with the first ball after drinks in the second session when Shadman Islam was out to an athletic caught and bowled by Neil Wagner for 22.

Wagner continued to be miserly but could not take another wicket before tea as New Zealand's four-strong pace attack shared the load and Ravindra snuck in a over of spin before the break.

Ravindra was called on again after tea as New Zealand's stand-in captain, Tom Latham, searched for a way to unsettle the visitors. 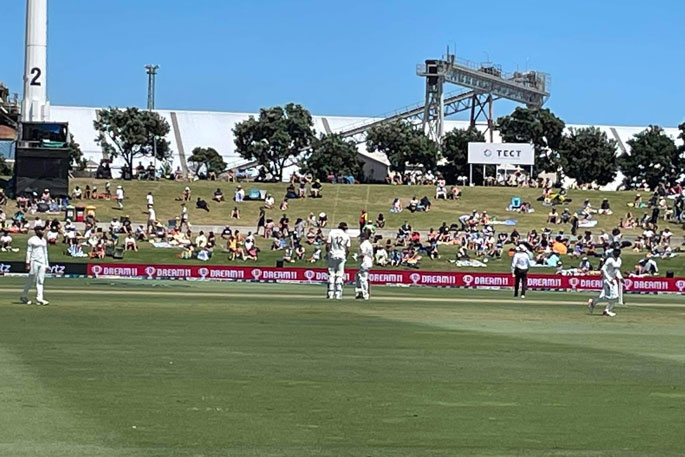 However, Mahmudul Hasan Joy and Najmul Hossain Shanto were untroubled as both batters moved through to half centuries.

The left-handed Shanto brought up his second Test 50-run milestone with a six off Ravindra.

Shanto was out for 64 caught off Wagner's bowling with nine overs remaining in the day's play.

Joy, in his second Test match for Bangladesh, brought up his maiden Test 50 off 165 balls at the start of the last hour of play for the day.

A fired-up Wagner kept attacking the Bangladesh batters late in the day but he did not get third wicket and ended with figures of 2-27 from his 16 overs.

Bangladesh will resume play on day three on 175-2 with Joy on 70 and captain Mominul Haque on 8. 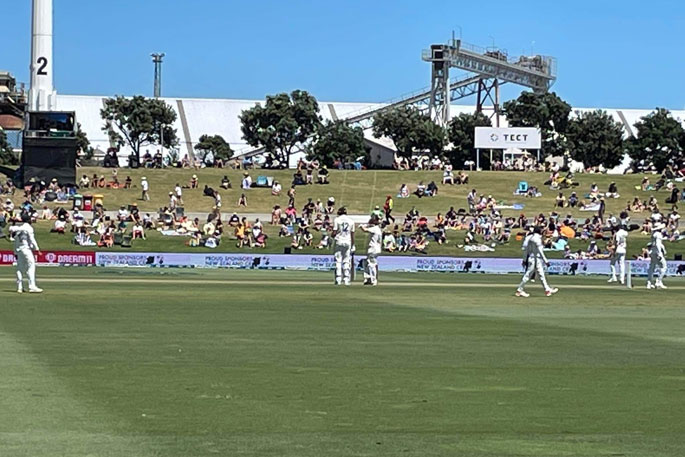