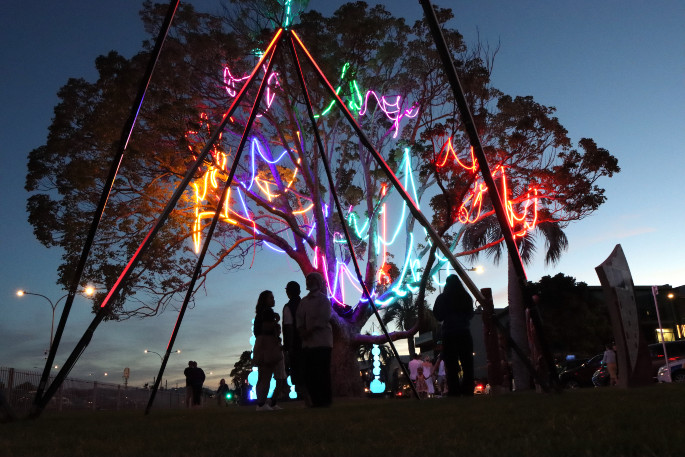 The Tauranga waterfront has lit up with installations and light sculptures by light artist Angus Muir. Photos: Daniel Hines.

9.30pm update: As the sun finally sets on 2021, the Strand Christmas Illuminations light up Tauranga's waterfront, creating a wonderland in the CBD.

Restaurants and bars along the Strand have filled up with patrons enjoying the balmy summer evening.

People are  wandering along through the curated collection of light sculptures and installations by internationally acclaimed light artist Angus Muir, and spending time viewing the photo display in the Hononga Photographic Exhibition which stretches along the footpath on the railway side of the Strand. 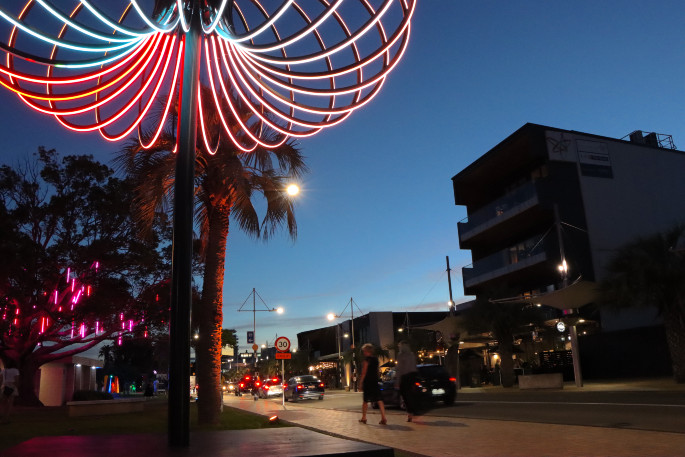 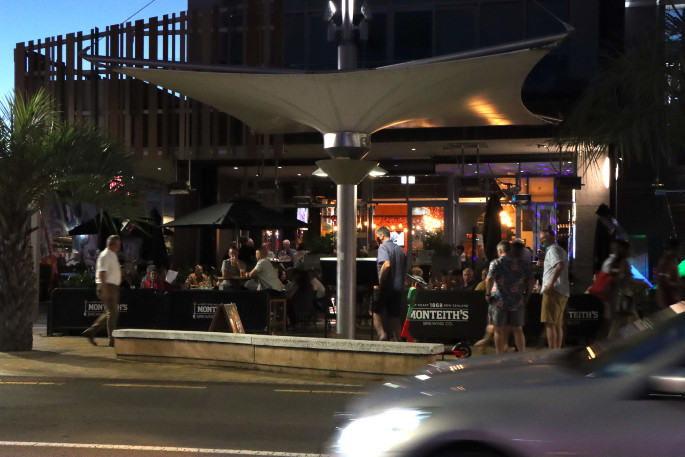 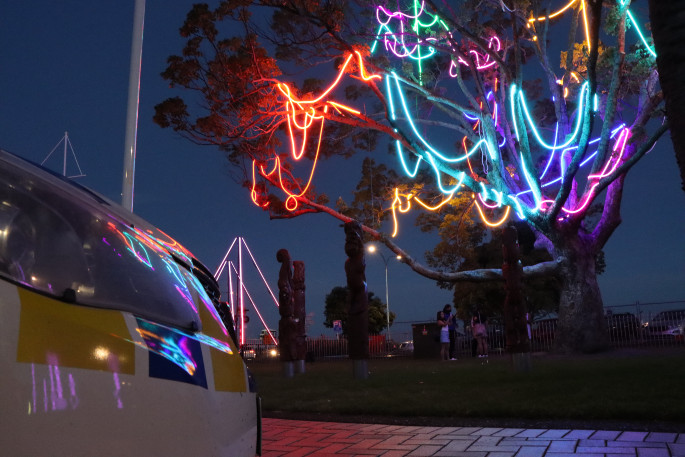 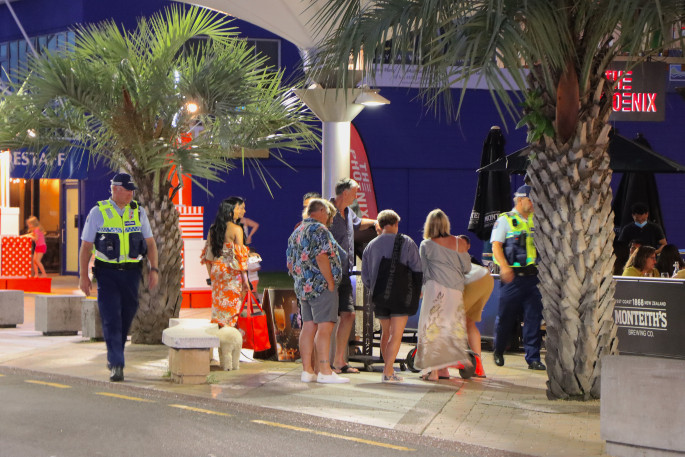 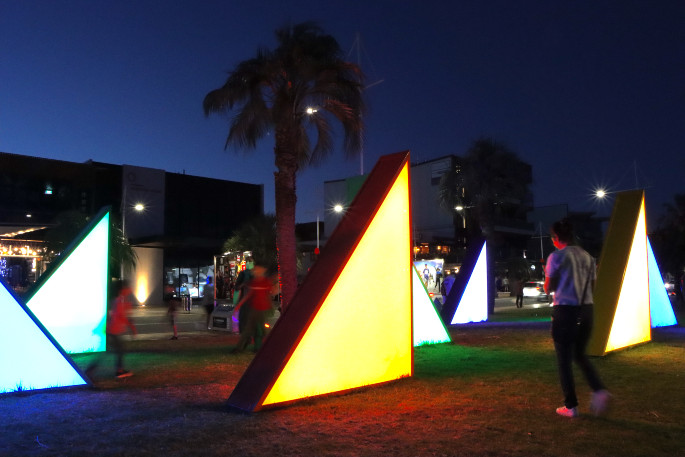 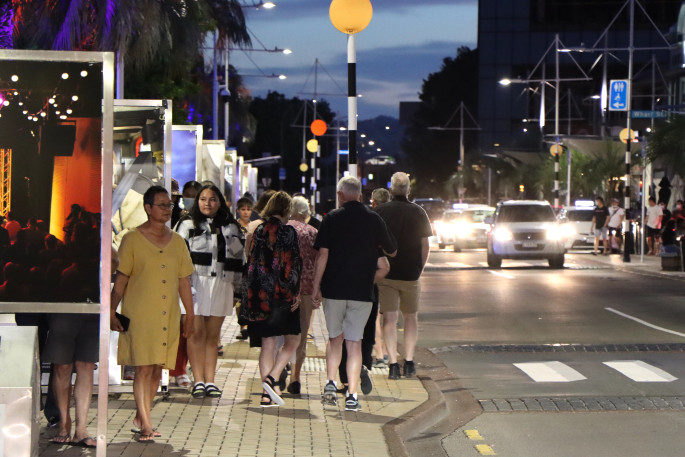 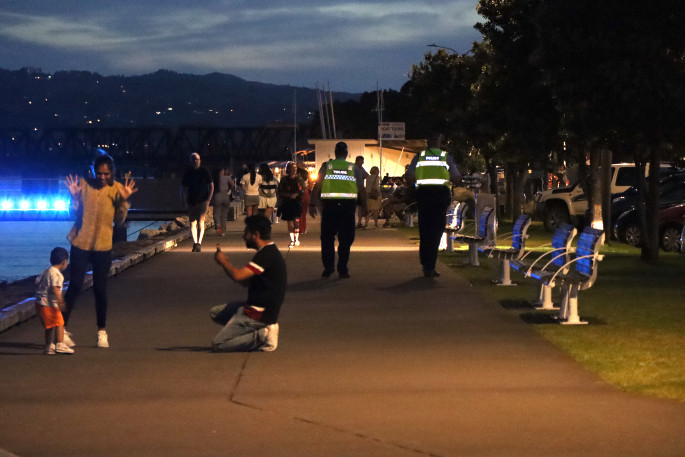 The illuminations will run nightly until January 5, from dusk through until late night, with installations running the length of the Strand, from Spring Street to Dive Crescent. 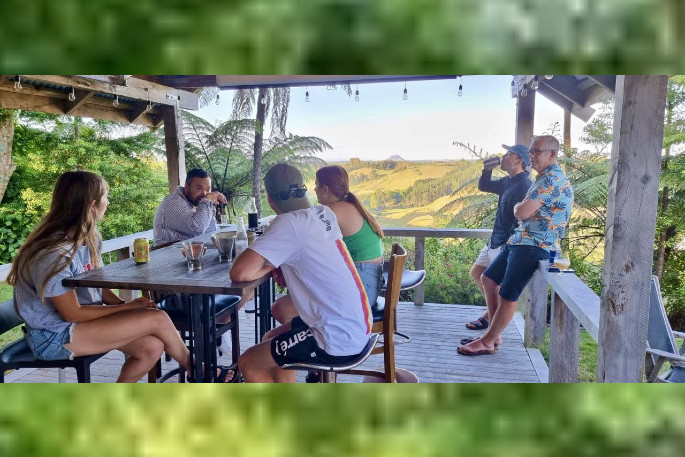 Phil and Robyn Mangos have friends and family over on New Years' Eve to enjoy their bar in the back of their garden in the Kaimai Range. Photo: Phil Mangos.

Earlier, 8pm: A sunny warm summer's day is the perfect setting for people across the Bay of Plenty to relax with friends and family and welcome in the new year.

Holidaymakers have been flocking to Tauranga and Mount Maunganui to enjoy a summer vacation, but saying goodbye to 2021 is being done in smaller gatherings than previous years.

At home in the Kaimai Range, lifestyle, horticultural and rural real estate agent Phil Mangos has his garden bar open.

"We are celebrating New Year at our bar in the back of the garden surrounded by friends and family," says Phil. "Both young and old. Two of our daughters and their friends with us and our friends." 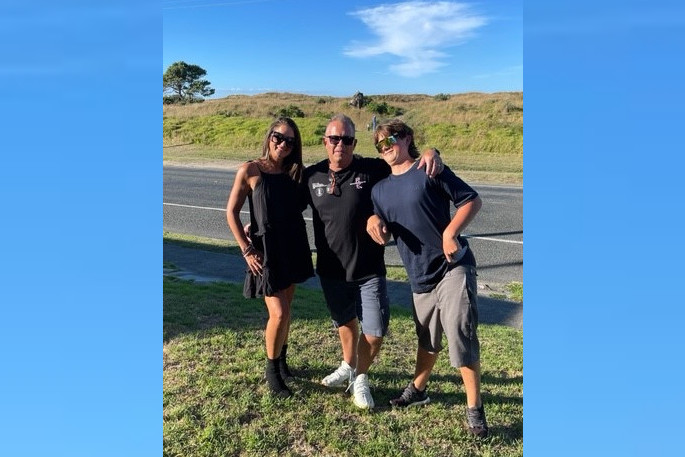 Tui Elers with family heading out for dinner in Papamoa. Photo: Supplied.

In Papamoa, Tui Elers stopped to get a photo with her family at Papamoa beach.

"6.30pm heading out to Rain Bar for dinner with two of my boys and hubby," says Tui. "I can never get a good pic without my boys being eggs." 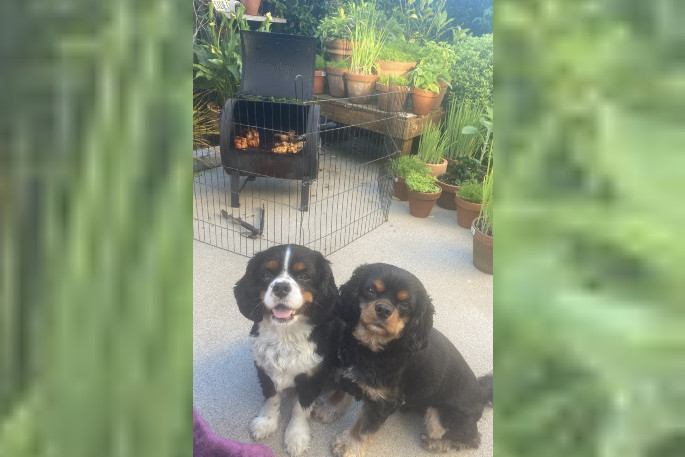 Mr Fox and Mr Sox waiting for the barbecue to be ready.  Photo: Karen Reed.

Also at Papamoa beach, Karen Reed has been cooking up a delicious New Years' Eve meal on her barbecue much to the delight of her two dogs Mr Fox and Mr Sox.

At Mount Maunganui, it's been a festive day as people have enjoyed being on and in the water at Mount Main Beach and Pilot Bay, visiting the local cafes and restaurants, fishing off Salisbury Wharf, and walking up and around Mauao. 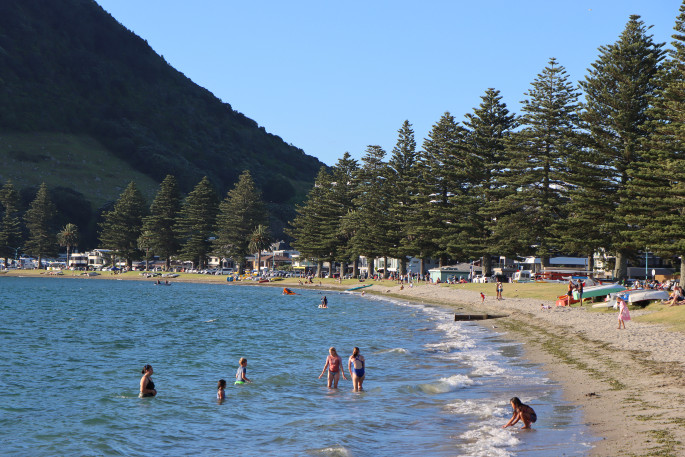 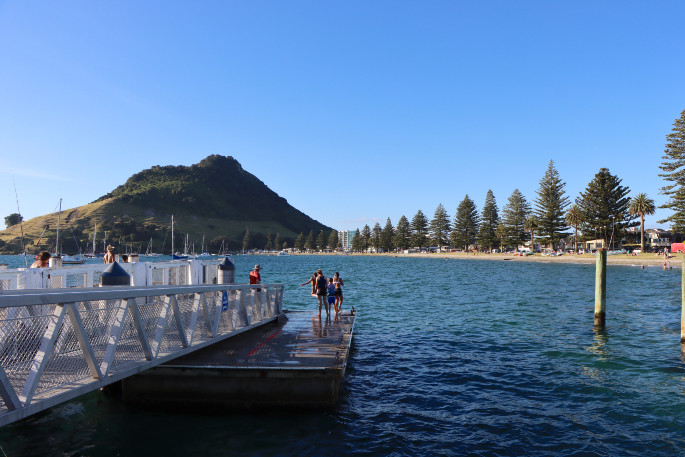 The Mount Main beach, Moturiki - known as Leisure Island, and Mount Drury are not fenced off this year, despite both Mauao and Moturiki being well-established nesting areas for wildlife such as dotterels, oystercatchers, grey faced petrels, diving petrels and little blue penguins. 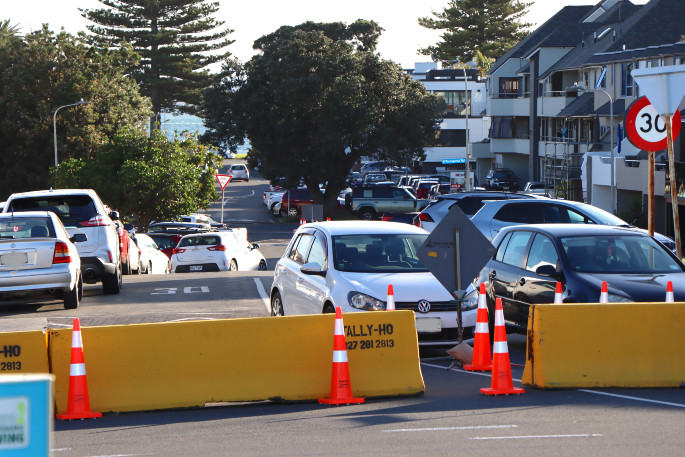 Commons Ave has a road block at the Marine Parade end of the street. Photo: Daniel Hines. 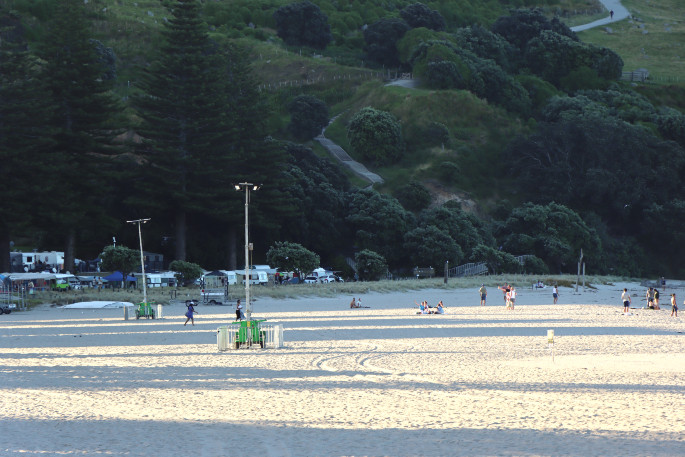 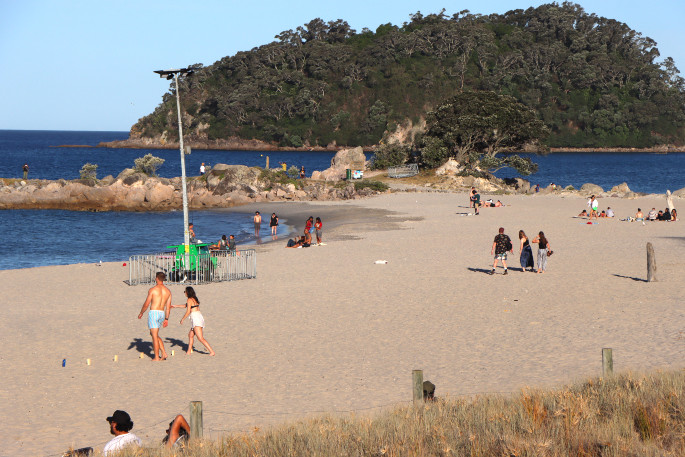 As the afternoon draws to a close, people have been starting to arrive in taxis in Mount Maunganui, and as one person says 'they are pouring into the Mount'.

During the New Year period, the alcohol-free areas in Mount Maunganui and Papamoa are extended and include Mount Main Beach, Pilot Bay, Moturiki, and Mount Drury. They are in force from December 26 to 6am January 6 inclusive. 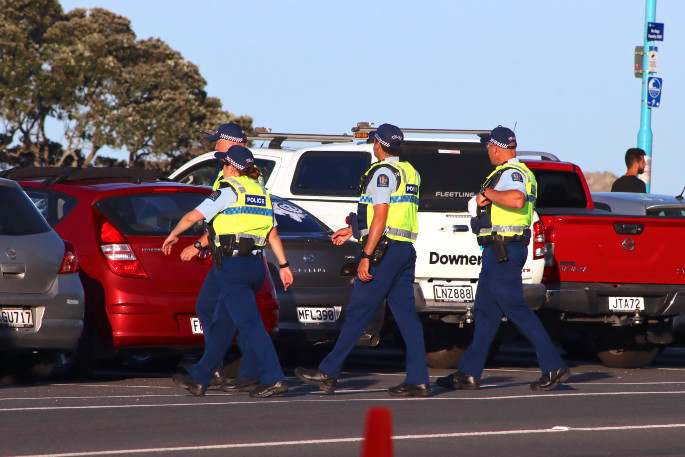 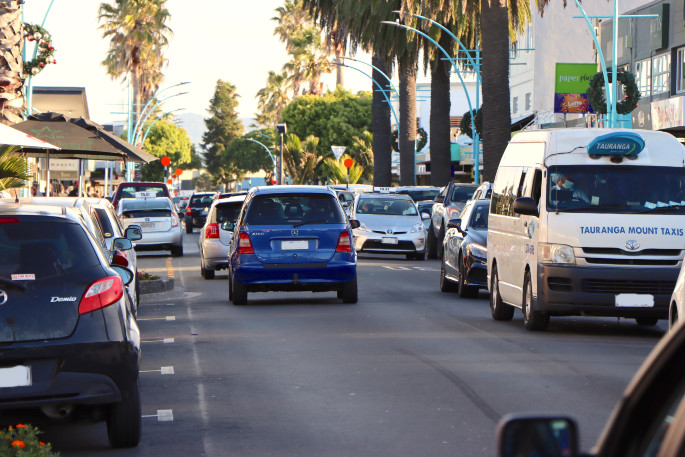 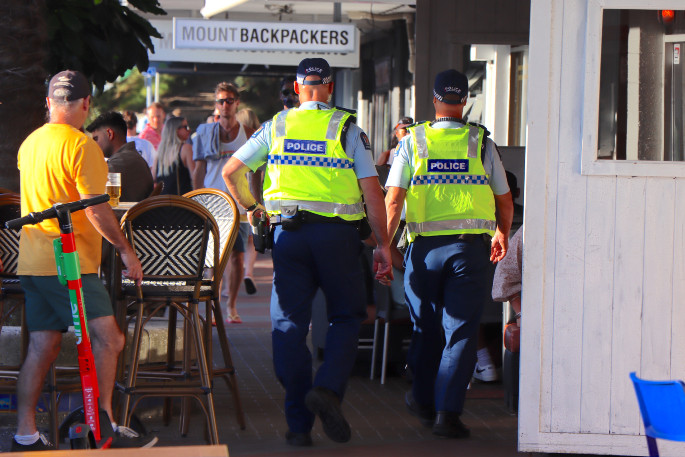 Tauranga's New Year's Event community celebrations and fireworks were cancelled this year, and Tauranga is at Orange in the Covid-19 Protection Framework. .

Gareth Wallis, General Manager, Community Services says council had reluctantly decided not to host this year’s events as there was too much uncertainty around whether it could deliver the community wide events safely.

Gareth says the events had grown in popularity over the past five years, and they will be back.

“We love to bring these events and fireworks to our community, and work alongside an incredible group of partners and suppliers to deliver them. We look forward to delivering these celebrations for our community in 2022," says Gareth. 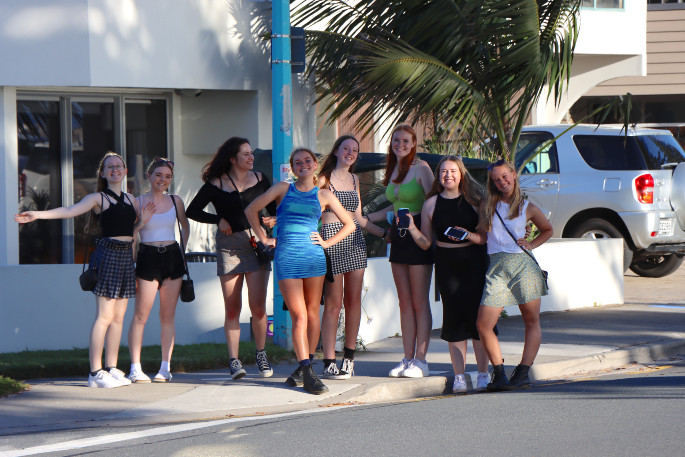 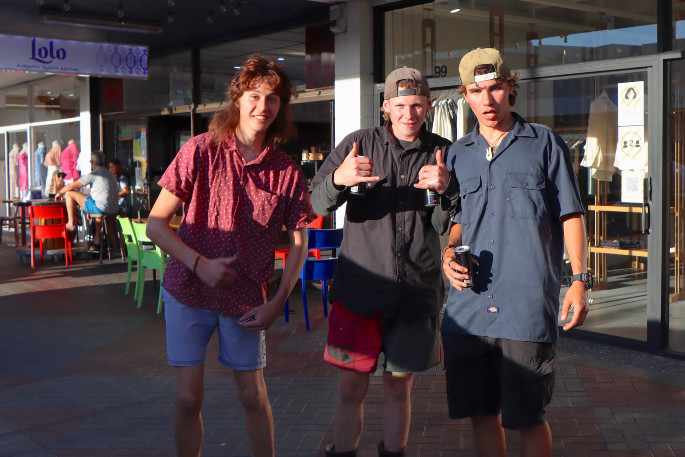 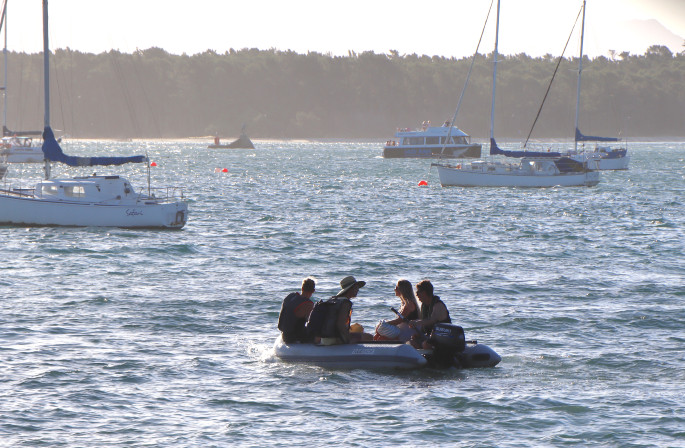 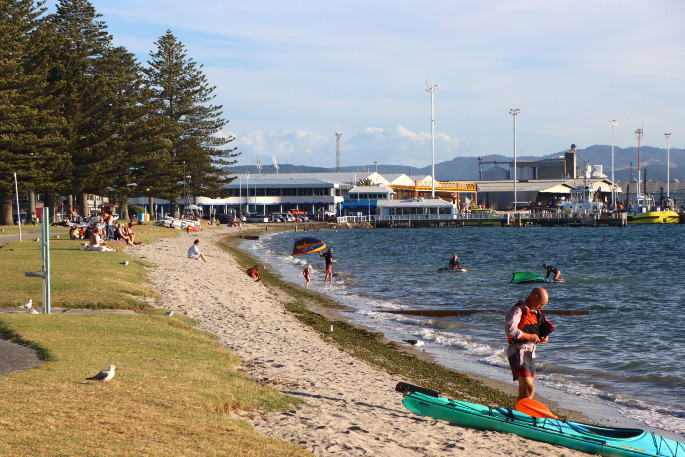 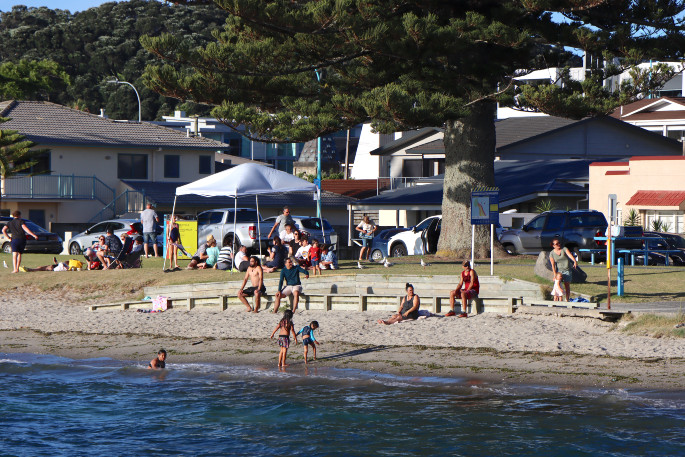 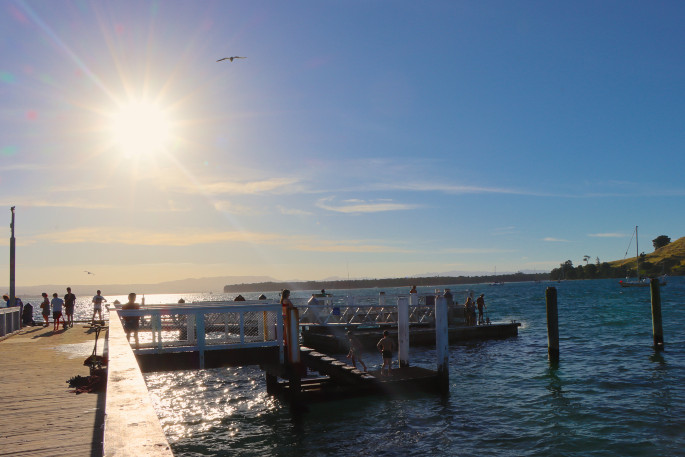 The sun setting on the last day of 2021 at Salisbury Wharf in Pilot Bay. Photo: Daniel Hines.