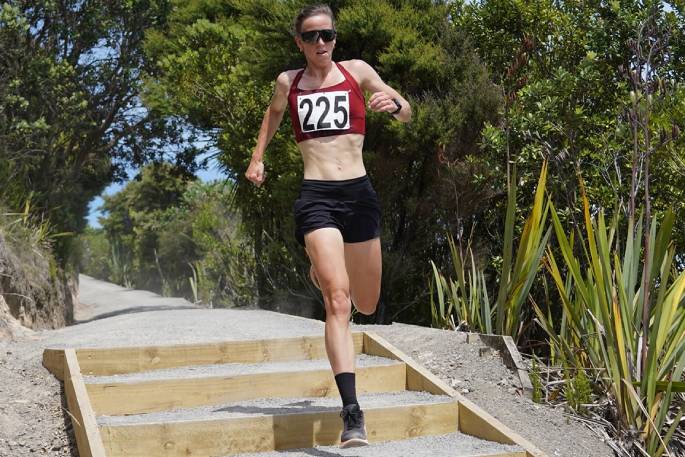 Olivia Burne taking part in the King and Queen of the Mountain race in Mount Maunganui. Supplied photos.

Auckland’s Olivia Burne is once again Queen of the Mountain after successfully defending her title in Mount Maunganui.

The Mount Maunganui King and Queen of the Mountain race proudly celebrated its 75th edition on Boxing Day.

Read about the event’s history here.

“Dean dominated on the climb to the summit holding a 17 second lead over Jones and the descent the gravel surface.

“Jones, the record holder and trying to extend his wins to eight, made a bid on the beach to retain his title, whittling away at previous two time winner Dean.

“With the tide high, runners were forced into soft sand above the high tide mark with Dean holding a 50 metre lead on to the beach.

“As Jones made his bid while Dean was unaware of the closing gap. Dean held a lead of 4 tents of a second for the closest finish for victory in the 75 years of the race.”