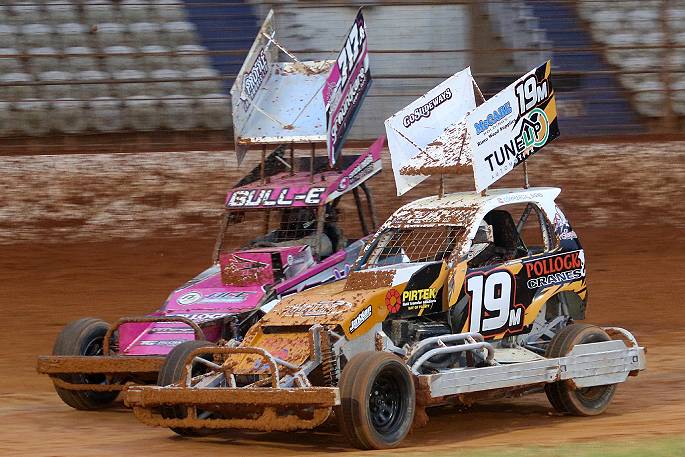 Tauranga veteran Super Stock racer Kerry Remnant was one pass away from perfect with a commanding home track performance at Baypark Speedway on Tuesday night.

As the racing dodged most of the evening showers across the Mt Maunganui region, Remnant’s timing was also finely judged as he worked his way through a 24-car grid for the Pollock Cranes Super Stock Extravaganza.

Remnant won the first two heats – including a run to the front from grid 22 in the second race – before chasing home quick Hawke’s Bay racer Quinn Ryan in the third heat.

“My crew worked really hard today after we raced at Napier on Monday night,” Remnant says.

“The car is going well at the moment and I think a bit of track knowledge helped me as well.”

“I was a bit more cautious in the third race because I was already up there in the points but was I able to move up from grid five to second.”

Ryan had posted a second and fifth before his final heat win to finish four points behind Remnant and four ahead of Aucklander Tyson Wootton.

Hamilton’s Daniel Thomas won the opening Sprint Car heat, but later in the night it was all about two Jamie’s and a James.

After a non-finish in heat one James Dahm (Tokoroa) was the pace-setter with fastest laps in heats two and three.

He won the second heat while former national champ Jamie Larsen (Kapiti) wrapped up the night with impressive pace in his new NZ-built Shark chassis.

But the master of making passes and building a clear points lead was Aucklander Jamie McDonald.

A drive from grid 16 to second started his night strongly, while a fourth place followed by third behind Larsen and Dahm in the final earned him a six-point winning margin over Larsen for the overall win. 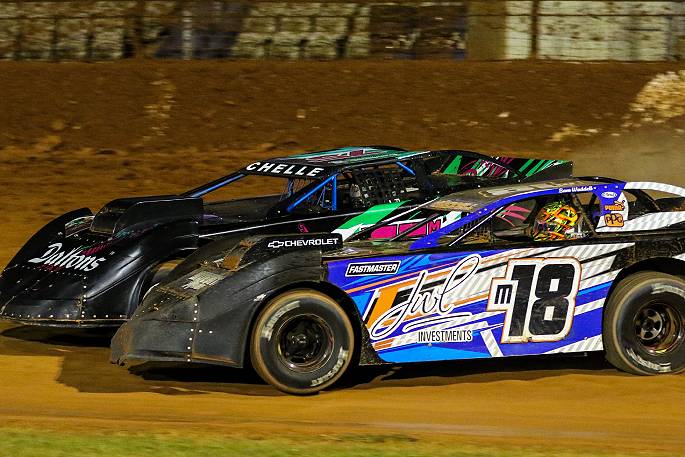 Sam Waddell was the front runner in the Super Saloons until a broken shock absorber ended his night.

Scott Hayward’s scorecard of a third and two seconds was the best overall performance on the night and he pipped Craig Cardwell (Auckland) by one point.

The Saloon Car pace-setter was Cambridge racer Jarred Fletcher, who won the first two heats and advanced from the rear of the pack to finish fourth to clinch the overall win by two points ahead of Taranaki visitor Blake Hooper.

Luke McClymont (Tauranga) went into the final heat of the Six Shooters tied on points with Boyd Westbury and was able to secure the overall win by taking out the final 10-lapper.

The next of the Summer Slam series of holiday season events at Baypark Speedway is on Wednesday January 5.