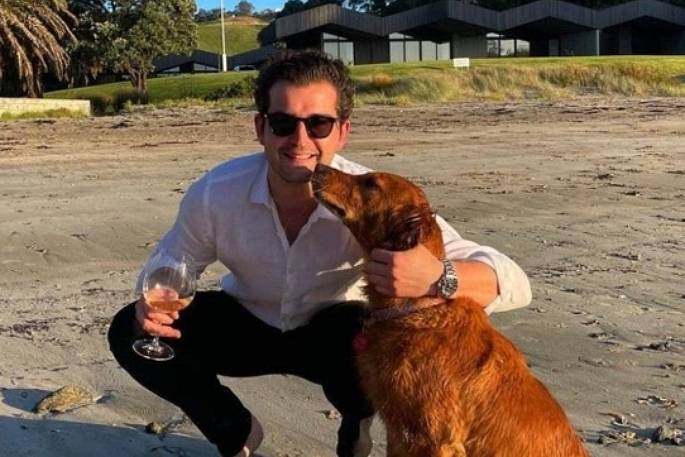 UPDATED: A British DJ who has tested positive for the Omicron variant of Covid-19 in New Zealand says he is devastated by the development.

In a late-night social media post, Robert Etheridge, who goes by the name DJ Dimension, said he tested positive two days after his 10-day period of isolation.

Etheridge said he was in managed isolation for seven days from 16 December, followed by three days of home isolation.

He said he tested negative to the virus three times and had no symptoms, but returned a positive test result on day 12.

Etheridge spent time in Auckland on Boxing Day, where he visited a nightclub and bar, restaurants and a jewellers.

He had been due to perform at the Rhythm and Alps festival in Wanaka, but has now withdrawn from the event.

There are four casual locations of interest and one close - the Impala nightclub in Shortland Street, between 11pm on 26 December and 3am on 27 December.

The news comes as areas currently in the red setting under the government's Covid-19 traffic light system are due to move to orange at midnight tonight, apart from Northland.

More details are expected to be given by the Covid Response Minister Chris Hipkins later today.

The border-related Omicron case who has been active in the community in Auckland is a chart topping international DJ who recently arrived in New Zealand.

The DJ is Dimension, aka Robert Etheridge, a UK electronic music artist.

He arrived in New Zealand on December 16, and returned three negative tests before testing positive on December 27 – the result of a day nine test.

Dimension was due to headline the Rhythm & Alps music festival, but was pulled from the line-up, along with DJ Friction, on Wednesday night “due to the ongoing impacts of Covid-19”.

DJ Friction, who played at Hidden Lakes Festival in Christchurch’s Hagley Park on Tuesday night, is a close contact and is isolating.

UK DJ Friction posted an update on his Instagram story on Wednesday evening.

Four days ago, Dimension posted a photo of himself by the sea, saying “Merry Christmas from New Zealand”.

He thanked his followers for “an amazing year" that saw his album top the UK dance charts.

Covid-19 Response Minister Chris Hipkins will address the country on the situation at 11am on Thursday, however, there are no plans to change any settings at this point, says a government spokesperson.

This comes after the Ministry of Health announced on Wednesday that a case detected at the border with the variant had “briefly been active in the community”.

The case arrived from the United Kingdom via Doha on December 16 and tested positive on day nine in their self-isolation period.

The Ministry of Health confirmed the case is not a New Zealand citizen but is fully vaccinated.

The person received their day nine test result on December 27 and was immediately transferred to an Auckland MIQ facility.

They were active between December 26 and 27, visiting five locations of interest in Auckland, including central city nightclub Impala and Commercial Bay Precinct.

International travellers arriving into New Zealand are required to isolate in managed isolation for seven days before self-isolating for three days at their home.

The Ministry of Health is now investigating the source of the infection and identifying close contacts.

Close contacts who have been identified and tested have returned a negative result for the virus and is isolating.

“We are taking this situation seriously and taking a precautionary approach,” says a Ministry of Health spokeswoman.

“However, we do not believe that the individual was highly infectious at the time of the above exposure events,” they say.

The Ministry of Health is advising Aucklanders to check the locations of interest regularly and follow the advice given.

Locations of interest in Auckland

DON'T YOU LOVE IT

MOH AND the Labour Government - basically LOCK NEW ZEALAND UP for what is now almost TWO years (Feb 2020 to Dec 2021) where Kiwis COULD NOT GET HOME from overseas (or travel within NZ) - but for these FOREIGN so called “entertainers” – OH - YES you can come in – have seven days in a hotel and then you are FREE to go anywhere!!! Well what do we now have – YEAH the latest version of COVID out in the community in AUCKLAND - I am very sure that the little community of AUCKLAND will be very happy when the Labour Government LOCKS down the total CITY again in about two/three week’s time !!