50th Summercross heading to the BOP 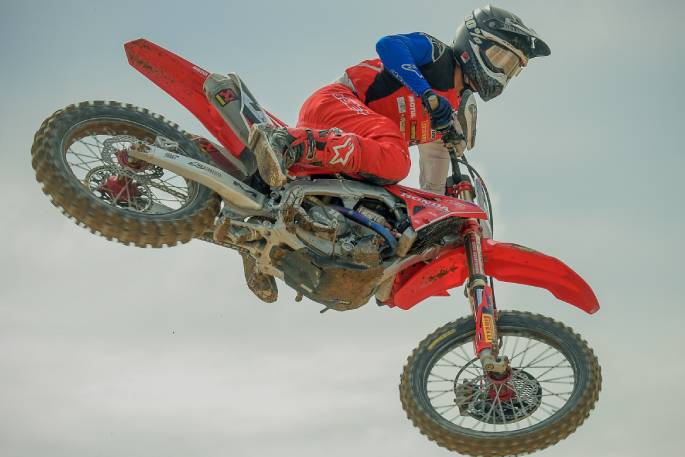 Oparau's James Scott (Honda CRF250), one of the favourites to win at Summercross this season. Photo: Andy McGechan, BikesportNZ.com

It's summer time again and time too for the new Kiwi motocross season to get twisted full throttle – and that can only mean one thing, it's also time for the big annual Whakatane Summercross.

It will run a month later this time around, and that means there will not officially be a Summercross event in 2021, but riders will have a few extra weeks to prepare and it will be "go time" before they know it, on January 29 and 30, 2022.

The host Bay of Plenty Motorcycle Club promises it will be worth the wait.

As usual it will be run at the club's popular Awakaponga circuit, near Matata, and the Honda-sponsored Summercross event should again attract a "Who's Who" of Kiwi motocross talent and that's especially important, with it this time also being the 50th anniversary of the famous event.

Even with uncertainty over the rulings around the Covid-19 pandemic, the BOPMCC has opted to go ahead with their fabled event, albeit a month later, with Saturday, January 29, set aside for junior and mini bike racing and Sunday, January 30, the date for the seniors, veterans and women to race.

The event will again this year act as a springboard for riders heading into the busy part of the season, culminating with the four-round New Zealand Motocross Championships in February and March.

It will be hard to look much further than riders such as Mount Maunganui's Cody Cooper, Oparau's James Scott, Hamilton's Kayne Lamont, Mount Maunganui's Josiah Natzke, Edgecumbe's Quade Young, Tauranga's Brodie Connolly and Wairoa's Tommy Watts, to name a few, should also be knocking on the door for the prized silverware.

Rising stars in the sport such as Tauranga's Madoc Dixon, Palmerston North's Luka Freemantle, New Plymouth's Logan Kerrisk and Rongotea duo Seth Henson and Zac Jillings also add undeniable class to proceedings and any of them could be fancied to spring a surprise or two.

All of these riders add even more depth to the racing and perhaps make picking a winner almost impossible.

With the annual New Zealand Motocross Grand Prix at Woodville at the end of January already now cancelled for 2022, this makes Whakatane's Summercross event even more of a standout and a now a very rare opportunity for the country's elite to properly warm up ahead of the 2022 senior nationals.

Riders will no doubt use this event as part of their build-up to the Summer season, particularly the four-round nationals, with round one of that to be held in the South Island on Saturday, February 12, 2022.

"The club will be working hard out to make sure that people can come along and really enjoy Summercross. The committee was really positive about making this happen, even with Covid. It's a shame we can't have it on our normal dates, but we thought we could still carry on a month later.

"The track always gets spruced up quite a bit for Summercross because the calibre of riders here goes up a little bit from the usual club level events.

"This is the kick-off to the main part of the season. All the top teams and riders want to be here to see how that might go at the nationals. Everyone will be keen to go riding and we want to make a big thing of it that this is the 50th anniversary for Summercross.

"There may be the odd rider who won't be there because of the vaccine passport thing, but we will follow protocol and individuals will be scanned at the gate. You can't not have this event because of a few that have not been vaccinated.

"It's Auckland Anniversary weekend, so that should help with numbers. No matter who turns up, it's going to be massive."