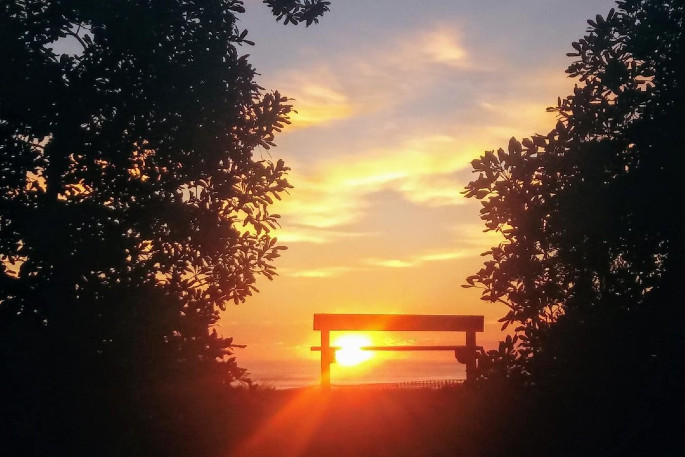 A lift in daytime temperatures is expected on New Year's day.

High pressure, currently south of Aussie, is heading towards NZ and will reach us by New Year’s Eve and cover the nation on New Year’s Day and this weekend, says WeatherWatch.co.nz.

Today is the day it starts this process.

By Monday the high pressure zone will be exiting NZ to the east and that means humid east to north east winds kick back in to some regions, says a spokesperson for the weather organisation.

"The journey of a high pressure zone rolling in is quite a short and interesting one for NZ – they usually start with a cooler southerly flow and depart with a warmer northerly flow (due to the anticyclonic winds going around the centre of the high).

"By New Year’s Day Saturday it will be parked smack bang over NZ bringing yet another lift in temperatures thanks to daytime heating and light winds.

"Over Sunday and Monday it slides off NZ and that encourages even warmer and more humid winds."

WeatherWatch.co.nz says there is the possibility of tropical weather coming in from the Coral Sea / New Caledonia area after this high pressure zone – but it’s not locked in yet for NZ.

"Since Cyclone Ruby hit New Caledonia a couple of weeks ago there has been a lot of tropical energy north of NZ bubbling away.

"It seems to be only a matter of time before the next tropical low tries to escape southwards into NZ…but to do this successfully, the procession of highs coming out of Australia needs to stop."

As for today, remaining showers will linger in both islands in that slightly cooler south to south west flow.

Temperatures in the very north of NZ don’t drop much, but you still may notice a slightly cooler change next day or two, says the weather organisation.

"Most showers are short and light and sliding along the western side, but there may be some heavier downpours in the afternoon through inland parts of both islands thanks to daytime heating – and these may drift into eastern areas."

MAPS BELOW are for 1PM WEDNESDAY (Today), this FRIDAY (Dec 31) and this SUNDAY (Jan 02), showing the progression of the high pressure zone. 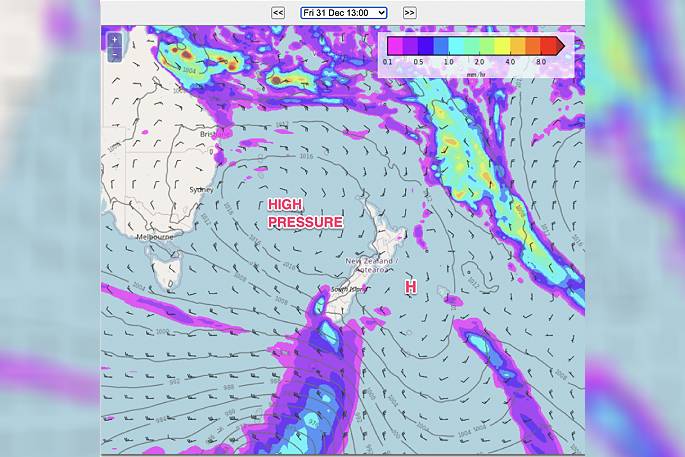 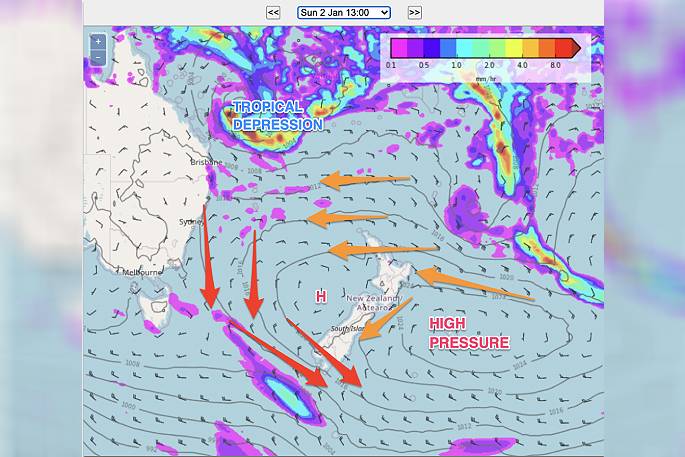