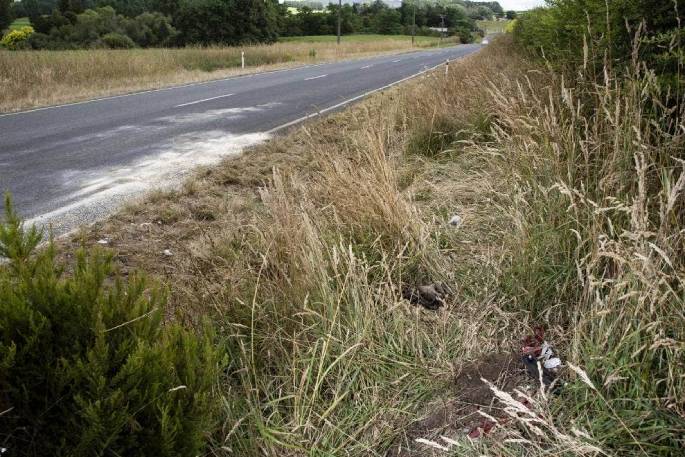 The scene of the crash had been mostly cleaned up by midday on Tuesday. Photos: Kelly Hodel/Stuff.

Katelyn Beale and Francis Blackett heard a skid and then a bang, and ran outside to find a car filled with badly injured children.

Five youngsters, all aged 10 to 13, had been seriously hurt – four of them critically – in the late-night car crash near their farmhouse, roughly midway between Morrinsville and Matamata, on Monday.

It's alleged the driver of a Nissan Tiida the youngsters had squeezed into had failed to take a slight bend on the Morrinsville-Walton Rd and flipped the car into a ditch, about 11.55pm.

The car had earlier been stolen in Hamilton. Police confirmed it had also been used in a smash-and-grab burglary in a Vape shop in Matamata.

It was a horrific crash scene, Beale told Stuff on Tuesday.

“The car had flipped over a few times ... A little boy got out of the car while we were there. He was shouting, ‘Help me’.”

The pair estimated he was about 11 years old.

“He had what looked like a broken ankle and a big gash on his head.

“There was one kid who was stuck in the vehicle ... he looked like he was in a really critical condition.”

Added Blackett: “He was not in a good way. He was just moaning.” 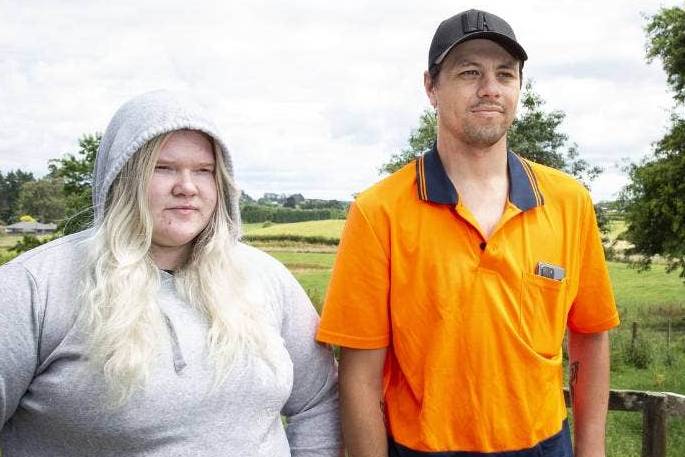 Katelyn Beale and Francis Blackett were among the first on the scene following the catastrophic crash.

The other youngsters all were badly injured.

The pair and another housemate were among the people who converged on the crash scene soon after.

“We heard the skids and then the bang – I really thought it had been a head on,” Beale says.

“We had called the cops right away ... We got told not to touch [the injured children] until the ambulance arrived.”

The young boy who had crawled from the upturned vehicle was surprisingly lucid, she says.

“I asked him if he was okay. He told me he had only just met [the other occupants of the Tiida] that night, and he had just jumped into the car with them.”

Police say they found the car in the ditch with the five seriously injured children all outside of the vehicle.

All five were taken to Waikato Hospital – four by ambulance and one by helicopter.

Four remained in the hospital’s Intensive Care Unit on Tuesday in a critical condition. One was due to be transferred to Starship Children's Hospital later in the day.

The fifth child remained in a stable condition in a Waikato Hospital ward.

The Vape Crew store in Matamata was struck by thieves who had smashed their way into the store about 30 minutes beforehand. 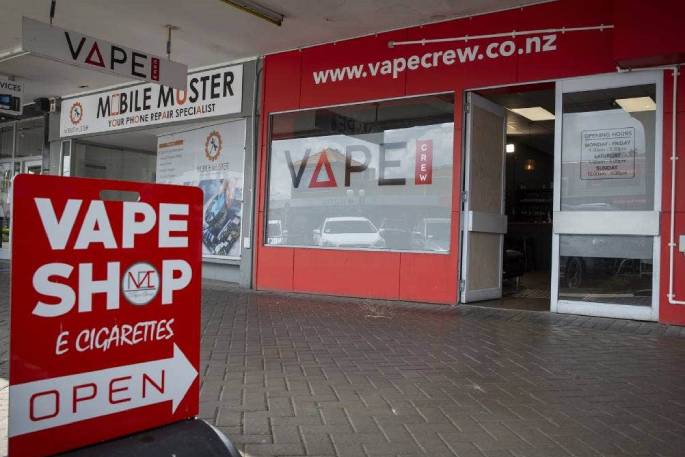 The Vape Crew shop in Matamata was hit by thieves about half an hour before the crash, however much of the damage had been repaired and the store was open for business on Tuesday afternoon.

That store’s owner, Brett Nixon, declined to comment to Stuff. The front door of the store had been evidently smashed into, and had been replaced by a plywood board on Tuesday.

Inquiries suggested the stolen Tiida had been linked to the Matamata burglary, Waikato District Commander Superintendent Bruce Bird said in a statement on Tuesday afternoon.

“This information, together with other lines of inquiry, are being assessed by police staff investigating this crash.

“It is too early to provide detail on the cause of the crash itself other than to say speed appears to be a likely factor.”

Police were not looking to locate anybody else in relation to the crash, and the police had no interaction with the vehicle prior to it crashing, Bird said.

Earlier, Bird said while there may be speculation about the two incidents, “it’s important police have the opportunity to investigate the circumstances, and the families impacted are given the space to support their children”.

The police wanted to thank the members of the public who went to the children’s aid immediately after the crash, he said.

“I also want to acknowledge the emergency service staff who responded.

“They acted quickly and professionally in difficult conditions to ensure these young people got the medical attention they urgently needed.”

The crash site had been closed to traffic for hours afterward, but was reopened on Tuesday morning.

Police say they were not seeking anyone else in relation to the crash.