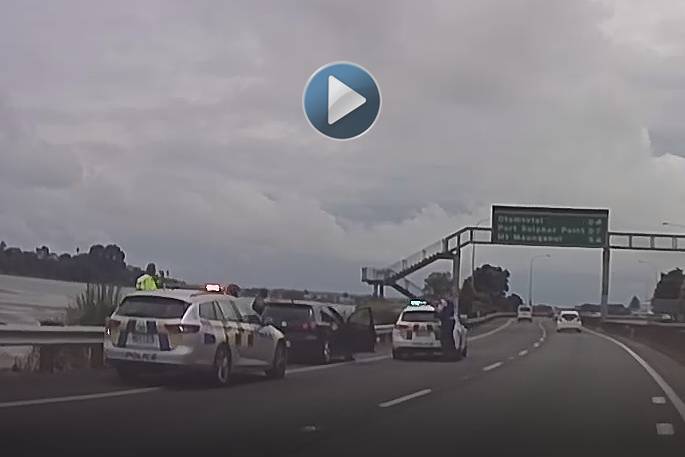 The incident unfolded around lunchtime. Supplied photo and video.

An police operation witnessed in Tauranga today is being descried as a "slick manoeuvre".

The witness says a police car passed him without flashing light on the expressway near the 15th Ave bridge.

"They then quickly switched on their lights and boxed a car in and stopped it."

The witness says officers then jumped out of their vehicles with guns drawn, although police say there is no indication the officers were armed.

"[It all happened in] quite heavy traffic on the expressway. It was a very slick manoeuvre."

A police spokesperson says a vehicle of interest was identified on Takitimu Dr / Chapel St off-ramp at around 11.20am.

"It doesn't look like there were any arrests resulting from this and no indication police were armed."

A ’rolling block’. To our Police, thank you for your hard, mostly selfless work. Merry Christmas and a safe happy new year.