Heavy metal stars to hit the dirt at Baypark 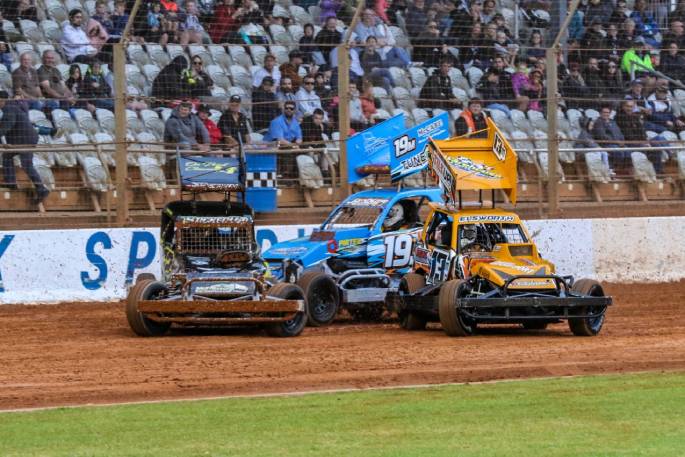 Super Stocks will race for a $7000 purse at Baypark Speedway on Tuesday night. Supplied photo.

The heavy metal stars of dirt track racing will provide the first of the summer holiday season attractions at Baypark Speedway on Tuesday night.

A quality field of 26 drivers is expected for the Pollock Cranes Super Stock Extravaganza with home track Baypark racers being joined by visiting teams from Auckland, Rotorua and Hawke's Bay.

Tauranga racer Kerry Remnant has played a key role in assembling the strong field and other Baypark drivers include Seth McConchie, Ryan Decke and newcomer Marc Dunn, who has stepped up from the Stock Car class this season to campaign a Super Stock.

“We had 26 cars entered on Thursday afternoon and we’re hoping for a few more,” says Kerry.

“Drivers are really keen to race after Covid has disrupted the early part of the season,” Remnant says.

“With Pollock Cranes coming on board as the sponsor we’ve been able to put together a good prize-money package. There’s $7000 total, with $1800 for the winner over the three races.”

Baypark’s second meeting of the 2021-22 season will also feature Sprint Cars and Super Saloons – both making their second appearance of the summer – along with the return of the Saloons and the open-wheel Six Shooters.

It’s the first of three meetings scheduled through the holiday season with more action at Baypark Speedway on Wednesday, January 5 and Saturday, January 8.