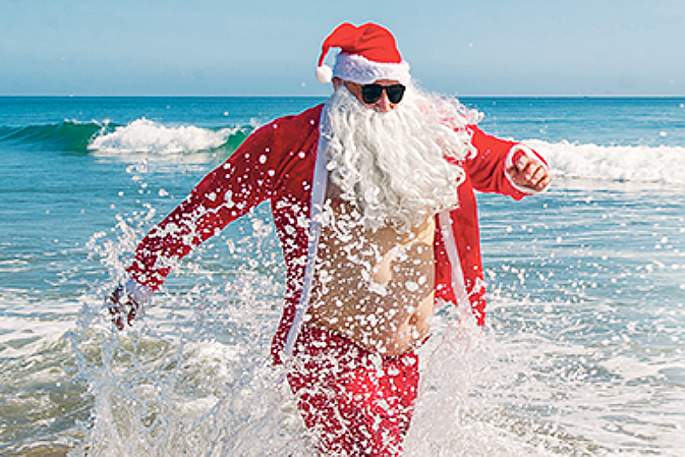 A settled Christmas Day is on the cards for many this year. File photo/SunLive.

As Kiwis across the country finalise their Christmas weekend plans the atmosphere seems to be playing along. MetService is forecasting the current, settled weather pattern to stay.

It was a blustery start to this week for the South Island and lower North Island as winds gusted over 120km/h in places.

Since then, a far more settled pattern has returned to the country and temperatures have soared into the high twenties and even low thirties for parts of Canterbury, Hawke’s Bay, and Bay of Plenty in the last few days.

Most New Zealanders will be relieved to hear that this period of calmness is predicted to extend over Christmas weekend.

“We don’t see any significant weather-producing systems affecting the country until at least Boxing Day. Essentially this means lots of sunshine and warmer weather hanging around for much of the country,” says MetService meteorologist Luis Fernandes.

There is an expected dip in temperatures for Otago and Canterbury on Christmas Eve as a southerly change brings in cooler air along with cloud and showers to those regions.

This cool change makes its way up to eastern North Island overnight, so Wellington is set start Christmas Day off with fresh southerlies and perhaps a light shower or two but will settle later in the day.

Sunny to partly cloudy conditions for just about all the rest of the North Island on Christmas Day as temperatures climb into the mid-twenties.

Everywhere north of Taupō can expect daytime temperatures to peak above 25 degrees.

Waikato will be the hottest region on Christmas with a high of 28 degrees in Hamilton and 29 in Taumarunui.

But rain is not completely off the table, according to Fernandes,

“A slightly unstable airmass will be passing over the country on Christmas Day and this, together with the warm daytime temperatures will result in showers developing in the afternoon for the upper South Island and the central interior of the North Island.”

Boxing Day brings a front to the south where, after a warm and dry start to the day, rain will develop along the West Coast, Southland and for Otago by evening.

Beach weather dominates the North Island as it remains mostly warm and dry.

Heading into next week, the cold front weakens as it moves to the lower North Island on Monday.

Thereafter, a ridge of high pressure is likely to dominate, bringing southwest winds and a few light showers mainly to the coastal areas of the South Island but settled weather elsewhere. 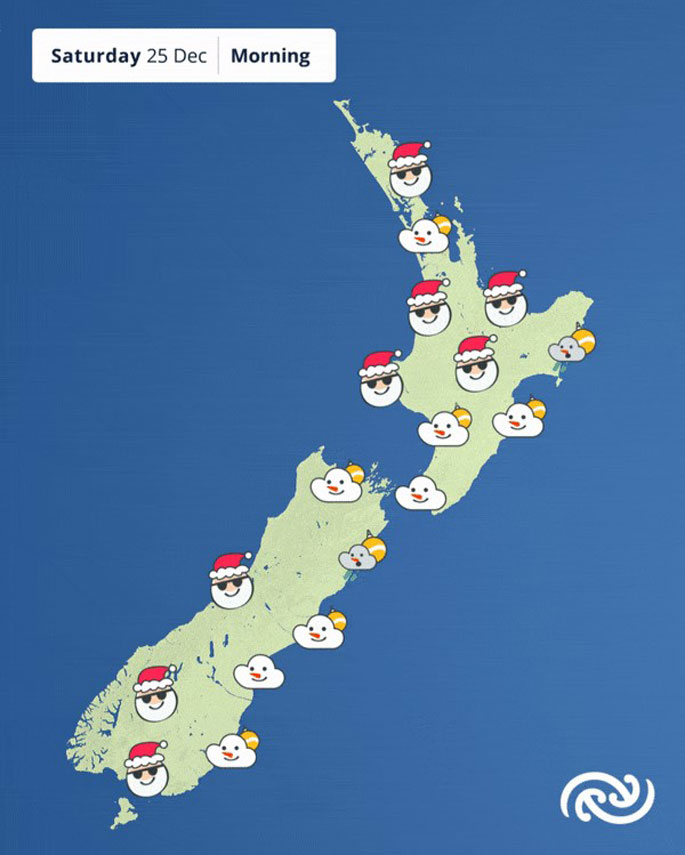