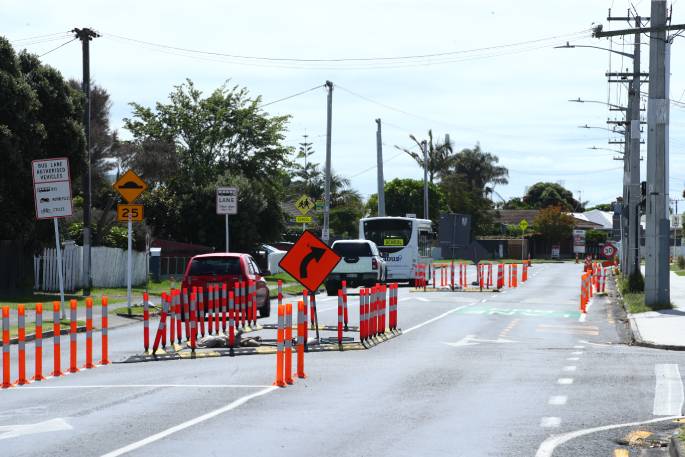 Tauranga City Council says they received a “significant amount” of feedback on the recent Links Ave cul-de-sac trial with a report set to be laid out to Commissioners regarding the trial in the New Year.

The trial was met with community opposition with residents upset over the knock-on traffic impact to other arterial roads and a belief it did not adequately address safety issues but Council believes the trial achieved its objective.

The trial began on Monday, November 15, with Council expediting the trial ahead of planned consultation - which could not be fully carried out due to Covid-19 issues.

Council decided to progress with the trial with an adjacent consultation period as a means to speed up the process and allow for future decisions to be made in early-2022.

The lack of consultation, however, caused grievances among some members of the community. A Facebook group’s formation, homemade signs along Links Ave, Golf Road and Maunganui Road, a petition and a protest in November highlighted the discontent.

The trial ended on December 17.

Tauranga City council director of transport Brendan Bisley often publicly bore the brunt of that disharmony among detractors. He admits feedback has been plentiful but he is encouraging residents to continue letting their voices be heard. 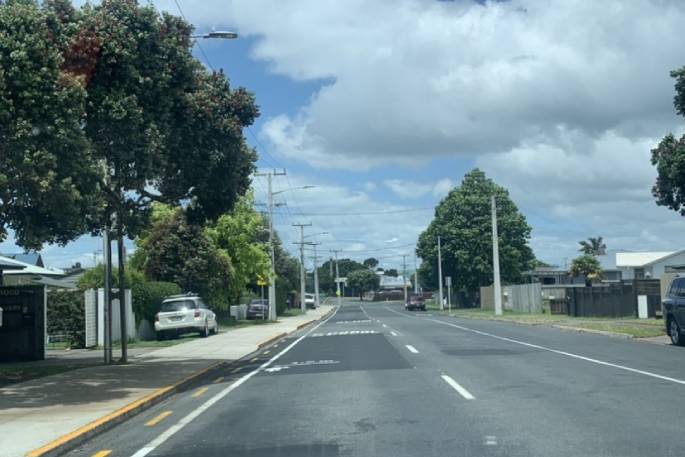 Links Ave is now back to being a non cul-de-sac road. Photo. SunLive.

“We received a significant amount of feedback from the community during the trial period,” says Brendan.

“We are in the process of gathering further feedback through the formal community survey, which is live until late January.

“We encourage the community to take the time to have their say. Following this we will be analysing their feedback as well as traffic and safety data gathered during the trial.”

He says Council have been collecting travel time data throughout the trial period which will be compared to data gathered pre-trial.

The Links Ave trial was implemented in response to fears over safety along the road, especially for cyclists and pedestrians – many of whom are schoolchildren during peak hours.

However, opponents to the cul-de-sac idea suggest removal of the bus lane along Links Ave as a better means to improve safety.

A safety report commissioned by Council, conducted by Colin Brodie Consulting and Mackie Research, first initiated the cul-de-sac plan in June. However, that report states the “fundamental issue” affecting safety along Links Ave is the addition of the bus lane. The report did also highlight that bus travel, along with walking and cycling, should be prioritised at the location to align with Council’s Vision Zero approach.

Council, however, state that the bus lane cannot be removed due to a large number of residents, including schoolchildren, who rely on them for transport. 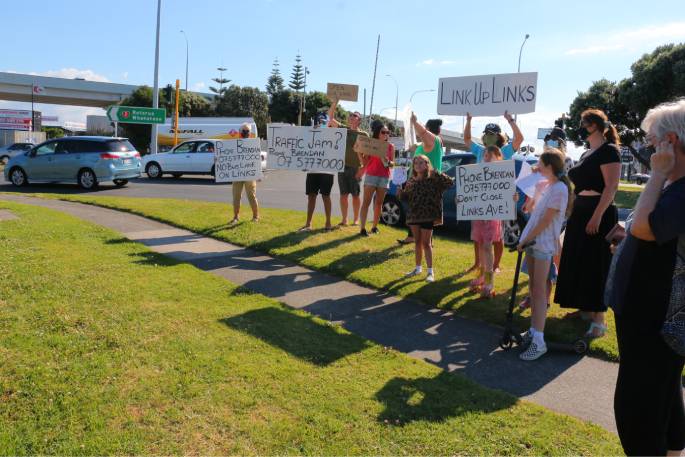 The Papamoa Residents and Ratepayers Association recently presented Council with a proposal to remove the bus lane on Links Ave and to instead place bus lanes along the B2B link from Baypark to Hewletts Road.

Chair of the PRRA Philip Brown calls on the local entities to work together to find a solution.

“Now is the time for NZTA, TCC and BOPRC and the community to work together to make these bus lanes happen,” says Philip in an email addressed to local MPs and Council members.

“Make a small step to future proof public transport in Tauranga. We need your assistance to make this happen.”

SunLive asked Tauranga City Council whether they had any future recommendations or regrets related to the lack of consultation period and how they felt about the performance of the trial period.

Despite the divided reaction, Brendan says Council consider the trial a success.

“From a Tauranga City Council perspective, the trial allowed us to test the impact of changes on Links Avenue and the wider transport network as well as gather good feedback from the community,” he says.

“From this perspective, the trial has achieved what we intended.”

Feedback and data from the trial period will be reviewed by Council staff ahead of a final report being presented to Commissioners in the New Year.

Councils only ask for community input after the decision has already been signed and sealed. They have to ask the public as it is a matter of law. Unfortunately the law does not say that they have to take into consideration the opinion of the public! It is the same with all councils!

The incompetence shown by this Council is beyond belief! The rejection of the removal of the bus lane when it’s plainly obvious that that is is the cause of the problem is arrogance at its best. They want people on buses in this pandemic is just plain crazy. And the fact that they went through with this trial is still being carried out just leaves me shaking my head in disbelief. The decisions are by this lot are beyond comprehension.