Caring for our planet at Christmas 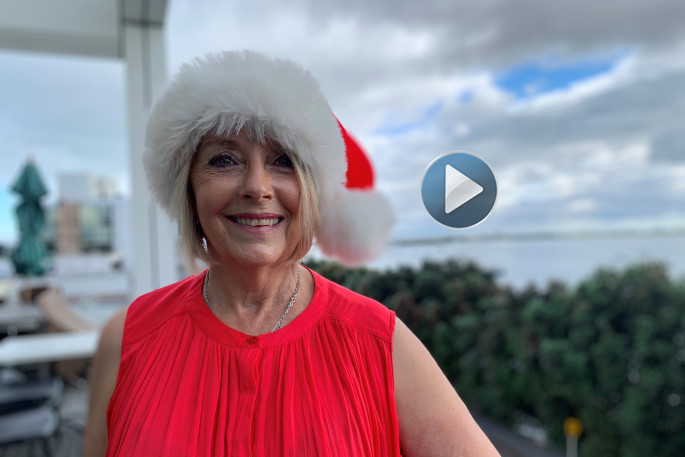 Christmas is a great time to take stock of what is really important in life, including the state of the world and nature around us.

Bay of Plenty Regional Council Deputy Chair Jane Nees has given an environmental twirl to a Christmas favourite in her Christmas greeting for SunLive readers.

Well-known for her clever poetry writing, she has reworked the Christmas classic ‘Twas the Night Before Christmas’ by Clement Clarke Moore.

The original poem was first published anonymously in 1823.

Jane’s version is about being kind to our world.

Twas the Night before Christmas

Twas the night before Christmas and all through the land,

Families concerned about our planet were taking a stand.

Some learnt about global warming on the Discovery channel,

With their TV and Christmas lights powered by big solar panels.

Later as they were finally tucked up in their beds,

Worries of climate change chased round their heads,

Like polar bears, sea turtles and other rare beasties.

While others, uncaring about sea levels and climate extremes,

Who tossed their rubbish where it could poison our streams,

Dreamed of big cars, more gadgets, and stuff of dubious worth,

Unconcerned that their actions could be harming the earth.

And up near the North Pole, real concern could be seen,

With a focus on being earth friendly, Santa went green.

He was already reindeer-powered, so no fuel on his list,

But this year he added a new sustainability twist.

In the fast throw-away world, he wanted others to share

Ways to live with joy and appreciation, and a reason to care.

Too many messages today of fear, emptiness and dread,

Santa wanted transformation to dance in their heads.

So as young and old nestled all snug for the night,

Santa’s sleigh took off in a far different light.

Sure he had toys for good kids but on a much bigger mission,

He included books on recycling, and reducing carbon emissions.

He was hoping that eventually, more people would care,

And that there’d be more positive action happening next year.

Cleaner water and less waste as people came to their senses,

And workers having bright ideas popping into their heads,

Like commuting by bus or bike to get to work, instead.

To beat all the traffic and save lots of time,

And not get so frustrated while waiting in line.

Less people using disposable bottles and bags, as of right,

And maybe more people not taking so many long flights.

They’ll find they save money and clean up the air,

It would be a great way to show the planet we care.

And after Christmas when the rubbish and left-overs are seen,

People will not think of convenience, but focus on green.

And think carefully how best to reduce the Christmas debris.

And remember the adage that caring brings joy

And not treat the planet like some cast-off old toy.