Up to three weeks of road works planned for SH29 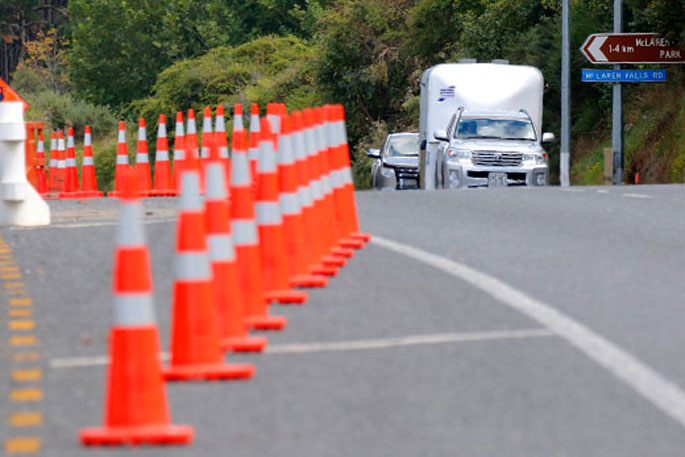 The Waka Kotahi Transport Agency is warning motorists to expect delays on State Highway 29 over the Kaimai Range in January.

A spokesperson for the roading agency says up to three weeks of crucial maintenance work is being planned early in the New Year, during which time there will be a number of stages of work and associated traffic management requirements.

The first stage of work sees the installation of new roadside drainage on the westbound (Waikato-bound) side of the road, and will see one lane operating in each direction between 8pm and 5am, Monday, January 10, to Thursday, January 13.

"When SH29 is only open for alternating one-way flows there will be two three and a half hour windows to allow for traffic to pass through in one direction only."

The timetable for the works are:

A full timetable of the works can be viewed on the Waikato roadworks page: journeys.nzta.govt.nz/waikato/roadworks/

Resident access will be maintained at all times during the works, however residents will need to liaise with the traffic control teams onsite.

“Completing the road maintenance work safely is our priority. Our contractor has worked extensively with Waka Kotahi, the freight industry and key stakeholders to understand the best time to complete this work, whilst providing certainty for all road users regarding how and when they can travel to and from Tauranga.”

The roading agency has opted for one long window for traffic in each direction rather than more frequent but shorter windows to avoid lengthy queues of vehicles waiting for their turn to cross the Kaimai Range.

By having a longer window drivers, especially those in trucks, can plan their journey with greater certainty so that when they arrive the road will be open.

During the day the road will reopen to two lanes and there will be reduced speeds through areas that have been recently resealed.

The detours for this closure are significant, and due to other planned maintenance activities in the Waikato and Bay of Plenty, there are road closures on potential detour routes during this time, such as those on State Highway 36.

Road users are encouraged to visit the Waka Kotahi Journey Planner website (journeys.nzta.govt.nz) for up to date information on all routes to and from Tauranga.

Any drivers planning to use the east-bound or west-bound travel window during the closures are advised to allow extra time for their journey.

To me one of the worst intersections and there are several is SH 29 and Cambridge road. This intersection hasn’t been designed for the traffic it now has. It only works because of courtesy not by road rules. It’s twenty years passed its use by date. However seems bike lanes are for more important for funding on the green agenda. Never mind all the queueing of vehicles burning fuel for little progress. Bethlehem to Barkes corner 30 minutes at least