Plea for people not to be a holiday statistic 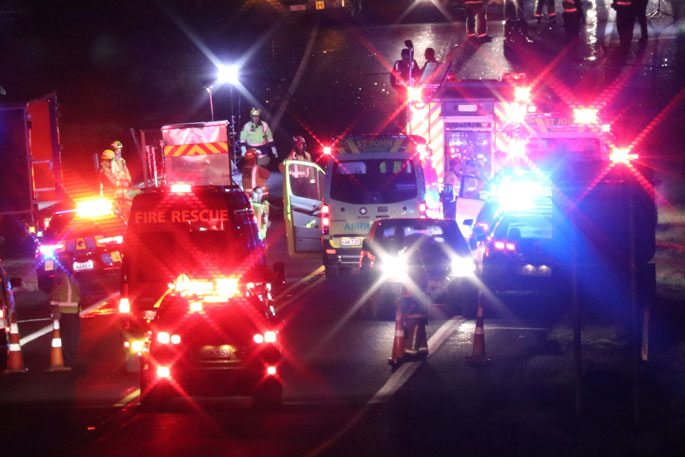 Emergency services are hoping not to have a repeat of last year when they attended 971 road crashes where 91 people were seriously injured, and 11 people lost their lives.

“We know that during December and January there are more drivers travelling the country more widely which can increase the risk of road crashes occurring,” says Bruce O’Brien, New Zealand Police deployment and road policing assistant commissioner.

“Over the last five years, these two months had 14 per cent more fatalities than the rest of the year on average.”

Bruce says December alone is higher on average at 21 per cent more fatalities.

Police have partnered with Fire Emergency NZ and St John Ambulance to implore drivers to be safe on the roads this summer to help keep road crashes down so that we don’t have to see them.

“Some crashes occur due to unexpected situations which are difficult to avoid, but some occur because the driver has made a bad decision, and these can be prevented.”

Speed, impairment (including fatigue and drink driving), distraction (like using your mobile phone), and not wearing a seatbelt are contributing factors in road crash severity.

“Last Christmas and New Year period there were 971 road crashes where 91 people were seriously injured, and 11 people lost their lives.

“Alcohol or drugs and speed were a factor in over half of these crashes.

“Road deaths are not just numbers.

“Police and all emergency services never lose sight of the real human loss and grieving behind every death on the road.”

“Like our colleagues at Police, St John and Wellington Free Ambulance, we want to see a reduction in the number of crashes we attend.

“As with anytime of the year, our crews, both career and volunteer are available 24/7, but, any crash is one crash too many to attend.”

“While this holiday period is the first time in many months a lot of us will be able to come together and celebrate with friends and whānau, it’s important people do so responsibly and safely,” says Rosanne.

“For those celebrating or hosting parties, make sure there’s plenty of food and non-alcoholic drinks, including water, and always have a sober driver.

“Look out for one another and ensure everyone has a safe way to get home.

“If you find you do need our help – please be kind and respectful to our ambulance staff.

“We see assaults against our people increase over the festive season which is never tolerated.

“Our emergency call handers and paramedics are caring professionals but if they’re being abused, they can’t do their job.”

Police’s Assistant Commissioner Bruce O’Brien says we all just want to make sure that everyone can get to their destination safely and arrive alive.

“Drive to the conditions which might mean going slower than the speed limit.

“Mistakes happen on the road so make sure everyone is wearing a seatbelt, and drive distraction free by putting your phone away so that you are focused.

“If you’re going to drink, ask a mate to be your sober driver or to pick you up afterwards. Plan how you’re getting home before you head out to avoid making a bad decision later.

Remember we don’t want to see you.

“Don’t be confused, police will be out on the roads in cars and at checkpoints anywhere, anytime throughout the country deterring unsafe driving behaviour to make sure everyone gets to have a safe and happy festive season.

“But we can’t be everywhere all of the time so play your part by making good decisions.

"Road safety is everyone’s responsibility and if you see unsafe driving behaviour report it immediately by calling 111.”