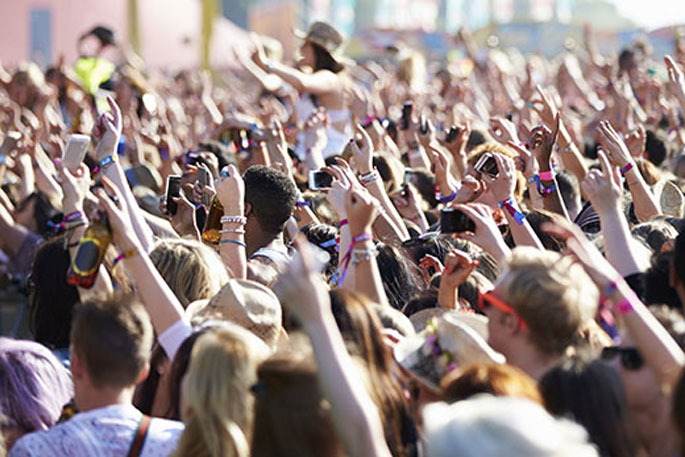 Covid-19 has affected a number of music shows and festivals recently. File photo.

Drum and bass act Chase and Status is no longer coming to New Zealand this summer after one of the duo tested positive for Covid-19.

The UK act was performing in Tauranga and Nelson on January 3 and 5, Wellington’s Brewtown in Upper Hutt on January 6, and Christchurch’s Hagley Park on January 7.

The member of the act was self-isolating in the UK after testing positive for the virus, and would be unable to travel over the New Year period, it said.

The shows were cancelled as Chase and Status were “nearly impossible” to replace, the post said.

“This is the last thing we expected at the 13th hour, however we will always do our best to push on for you - the loyal fans and ticket buyers... it is with a heavy heart that we'll need to cancel these and focus on their return to the regions later in 2022.”

The shows were to be supported by electronic acts Hybrid Minds, Koven and Rene Lavice, who have all already secured managed isolation facility space in New Zealand.

The acts will instead play their own gigs in Wellington and Hamilton at the beginning of Jan 2022.

The cancellations join a list of postponed or scrapped festivals and shows for New Zealand over summer – most notably Audiology’s Bay Dreams shows in Tauranga and Nelson on January 3, Rhythm and Vines New Year’s festival in Gisborne and Northern Bass north of Auckland.

Saul Milton (Chase) and Will Kennard (Status) are an electronic duo from London.

The pair have been hugely popular summer festival headliners in New Zealand over the past decade – headlining Rhythm and Vines multiple times and Electric Avenue in Christchurch in 2018.

They formed in 2003 after meeting at university in Manchester and have released five studio albums as well as collaborating with major artists such as Plan B, CeeLo Green, Rihanna, Example, and Tinie Tempah. They run the independent record label MTA Records.