An opening night to remember at Baypark 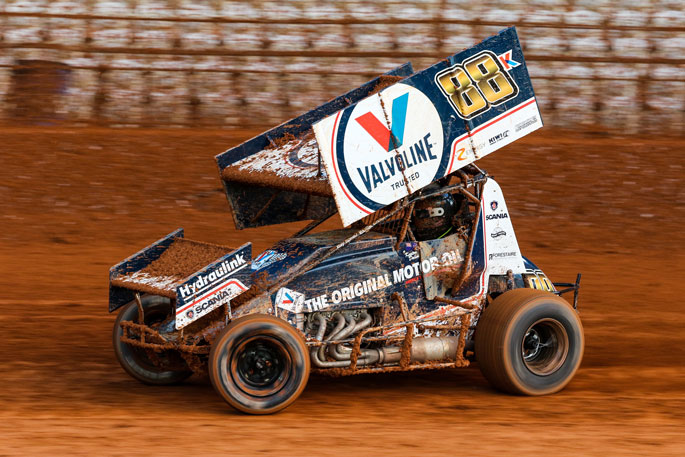 Sprint car racer Keaton Dahm, from Tokoroa, refused to settle for second at the delayed season opener at Baypark Speedway.

Dahm raced to an early lead in the sprint car feature race, then misjudged a mid-race restart and had to chase down and re-pass California racer and former NZ champion Jonathan Allard to claim an impressive season opener victory on Saturday.

From a second-row start, Dahm passed front row starters Dean Brindle, from Hamilton, and Allard on the opening lap and was out in front when a caution regrouped the field with 10 laps to go.

As the race went green again Dahm’s car hiked its front wheels in the air, snapped sideways and ran across a muddy inside line.

“It was my own mistake. When I got on it at the start the car rotated left on me, straight down into the slush,” says Dahm.

Allard grabbed the lead, but Dahm took up the chase.

“It would have been easy to settle for second,” says Dahm.

“But I said to myself `you’ve made it harder but you’ve got to go and get this’.

“We came up on lapped traffic that was running two-wide and I went inside and Jonathan outside. I took the right option and I was able get past the next few lapped cars cleanly as well.”

Earlier, Allard and Dahm had won the heat races on muddy track.

“My car was great to drive; perfect really. I started near the back in the first heat and passed a few cars then I won the second heat. That put me on grid three,” says Dahm.

National Sprint car champion Michael Pickens, from Auckland, experienced the highs and lows of the sport in the space of 15 minutes.

He chased down Brock Maskovich in the early laps of the Midget Car feature to take the honours ahead Aucklanders Brad Mosen and Peter Hunnibel.

But Pickens tumbled out of the Sprint car feature before the green flag after making contact with Greg Pickerill (Hamilton) as the field was forming up for the start.

“The Midget feature was plain sailing but we tore up a lot of equipment for nothing in the Sprint car,” says Pickens.

“It’s not really his fault. He [Pickerill] didn’t know I was there and made a move. His right rear hit my left rear.” 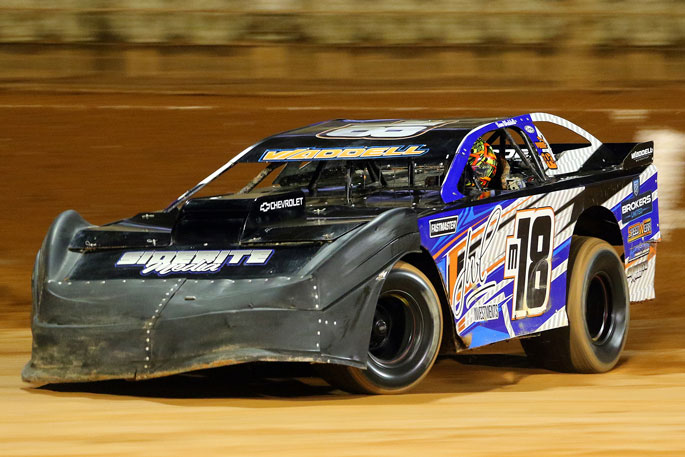 Sam Waddell raced clear of the pack to score a commanding win in the Super Saloon Car feature race.

Tauranga’s Sam Waddell mastered the heavy track conditions and powered away to a clear win in the Super Saloon car feature with Chris Cowling, from Tauranga, making a late charge that saw him grab second away from Craig Cardwell, from Auckland, in the final corner.

The next meeting at Baypark Speedway is scheduled for Tuesday, December 28.